According to Prof Wole Soyinka the Western Nigeria Security Network, Amotekun, must not transform into another form of the disbanded notorious police unit, the Special Anti-Robbery Squad (SARS). 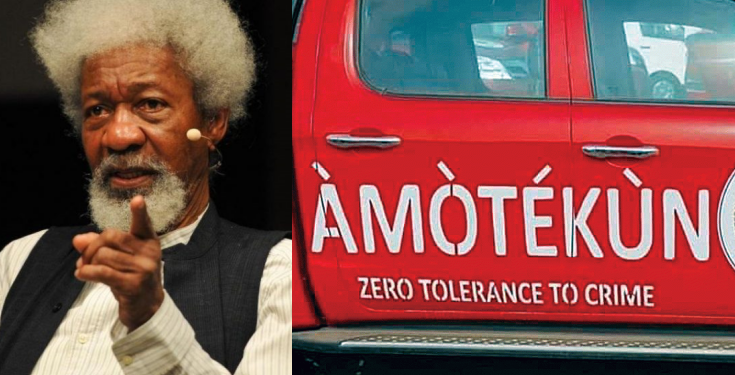 The playwright stated this on Saturday while featuring on an Arise TV programme.

Soyinka said Amotekun operatives must be trained in ethics so they would not end on the wrong side of history.

Community policing, like Amotekun, is a recognition of the fact that the civic part of the entire national polity has got to wake up in not just its own defence but also survival, he said.

I have told them that anytime they want us to come and assist; we will come even if it is just on the ethical session so that as you are training them to defend us, we are also training their minds so that Amotekun does not become another SARS – very important. We must do everything together.

It is about time the public examined itself; what are we made up of? Are there those among us who, if they got into power, will behave exactly as those kinds of agencies which we are repudiating and against which we are protesting? There is absolutely no excuse for the brutality that occurred in the wake of the noise, rumour or reality of people being shot at the Lekki tollgate.