The Federal Executive Council (FEC) at its meeting on Wednesday, approved a new retirement age for teachers in the country.

The FEC meeting presided over by President Muhammadu Buhari reviewed the retirement age of teachers in the country upwards from 60 to 65 years and also move their years of service from 35 to 40 years.

Approval was also given for special working conditions for teachers including the introduction of bursary awards, special rural posting allowances, and other incentives to boost the morale of the current crop of teachers and attract the best hands to the profession.

Also Read: Schools Revert To Normal Hours Of 8am To 2pm In Ogun

Minister of Education, Adamu Adamu made the developments known while addressing newsmen after the weekly FEC meeting which held virtually at the council chambers of the presidential villa in Abuja.

The Minister noted that a bill titled “Harmonized Retirement Age for Teachers Bill, 2021” will now be forwarded to the National Assembly for consideration and approval so as to legalize the changes approved by the Federal Executive Council. 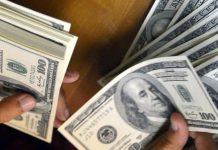