Popular Nigerian musician, David ‘Davido’ Adeleke is currently one of the best musicians in Africa at the moment and all credit goes to the fact that he is very hard-working, promotes his music and sings good music, consistently. 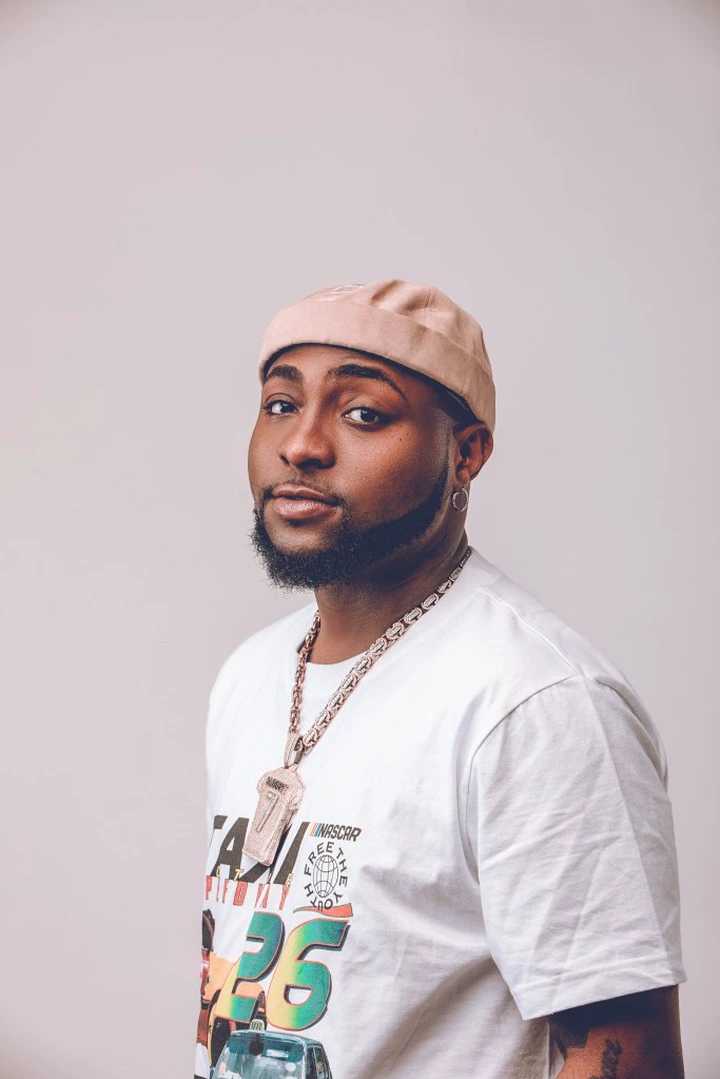 Just recently, a Twitter user in a recent tweet has claimed that Davido doesn’t have a “When I never blow” stage because he came into the music industry with a hit. 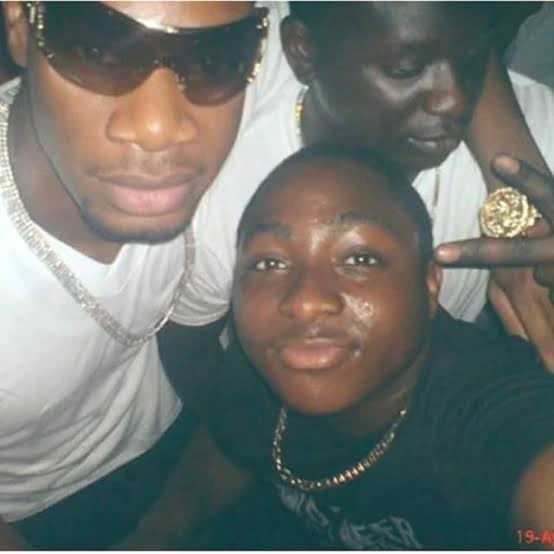 However, the Risky crooner corrected the twitter user saying: 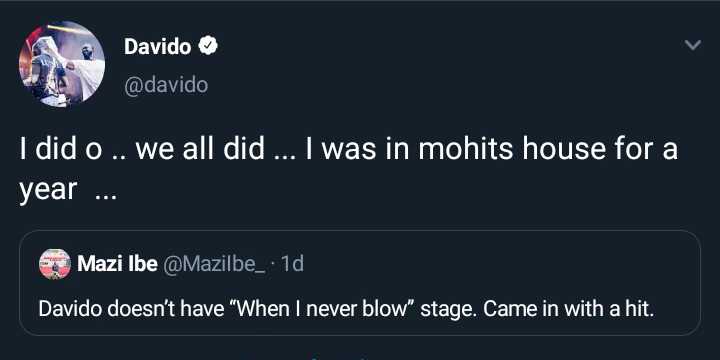 So, it’s safe to say Davido learnt from the best of the best – Don Jazzy, D banj, Wande coal and the whole Mohits in general.

His revelation has since gone viral and stirred some reactions online. 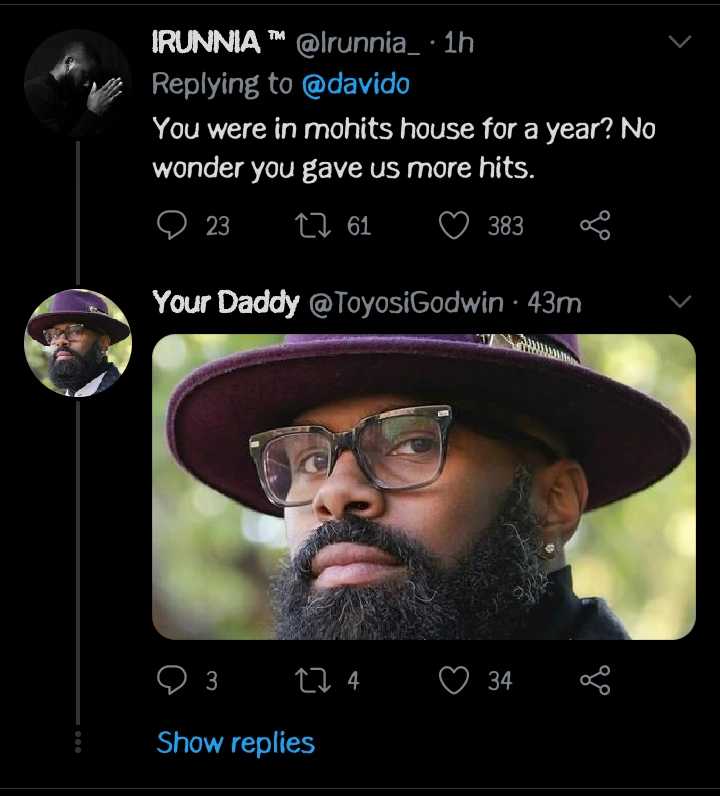 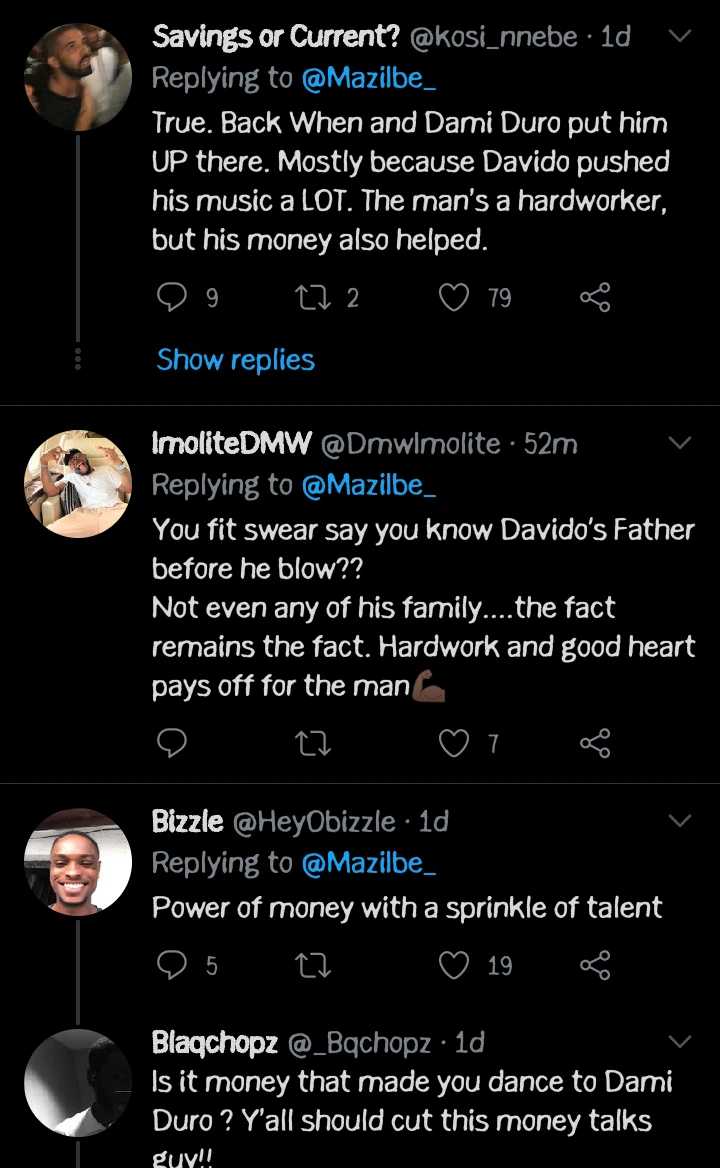 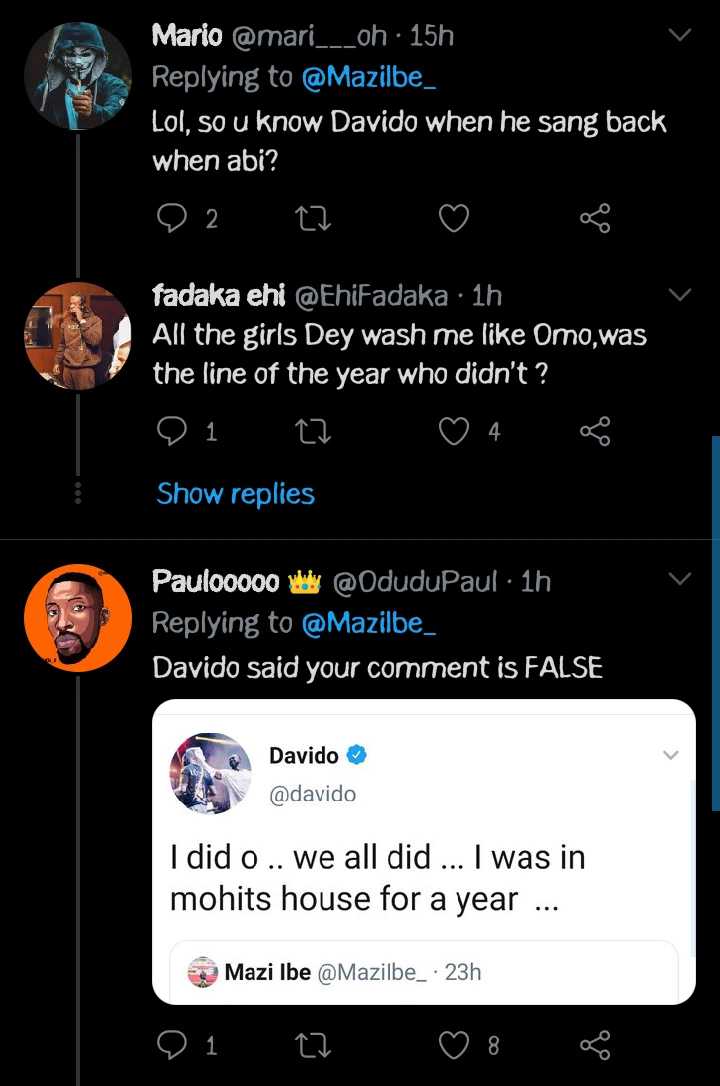