Erica Nlewedim, is no doubt a star girl as her fans call her. Despite her unceremonious exit from the show, the reality star has continued to excel in her newfound fame. 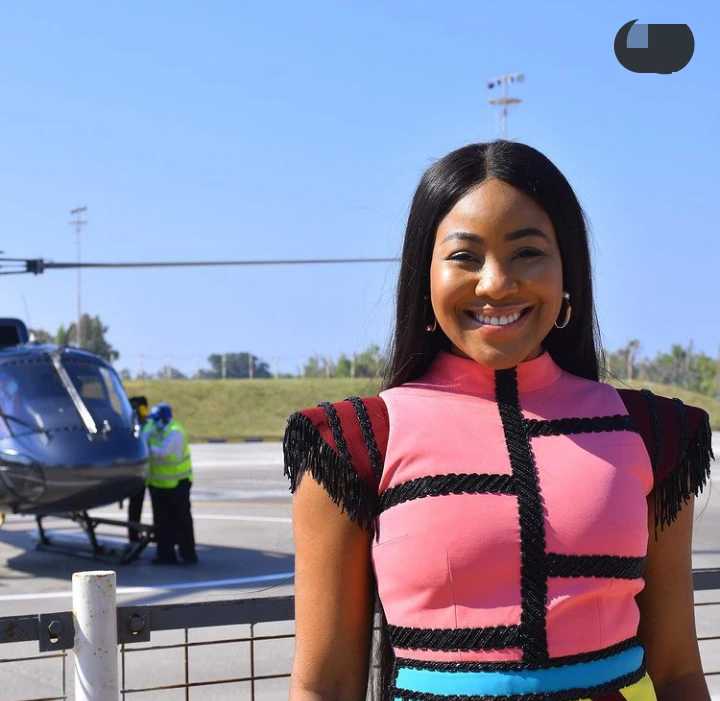 Just recently, Erica made a passing phrase on one of her friend’s tweet, who asked her fans for funds for her birthday.

The reality star told her friend saying, “lol, if I mistakenly tweet this”. 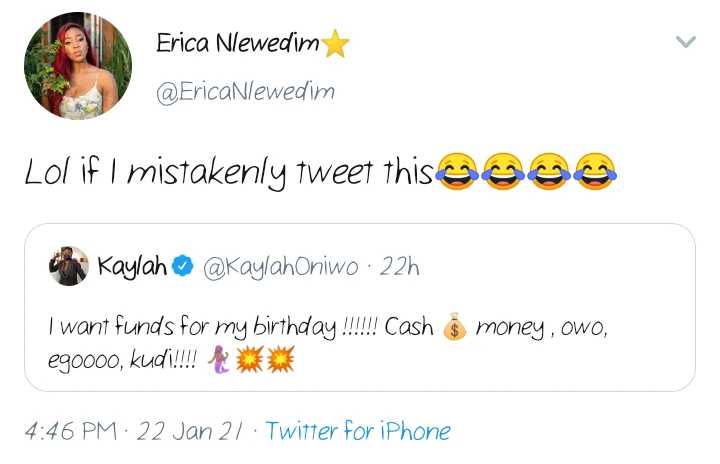 Immediately, a troll with twitter handle @fineboytunde_ responded to the tweet and started dragging Erica for stylishly begging for funds. 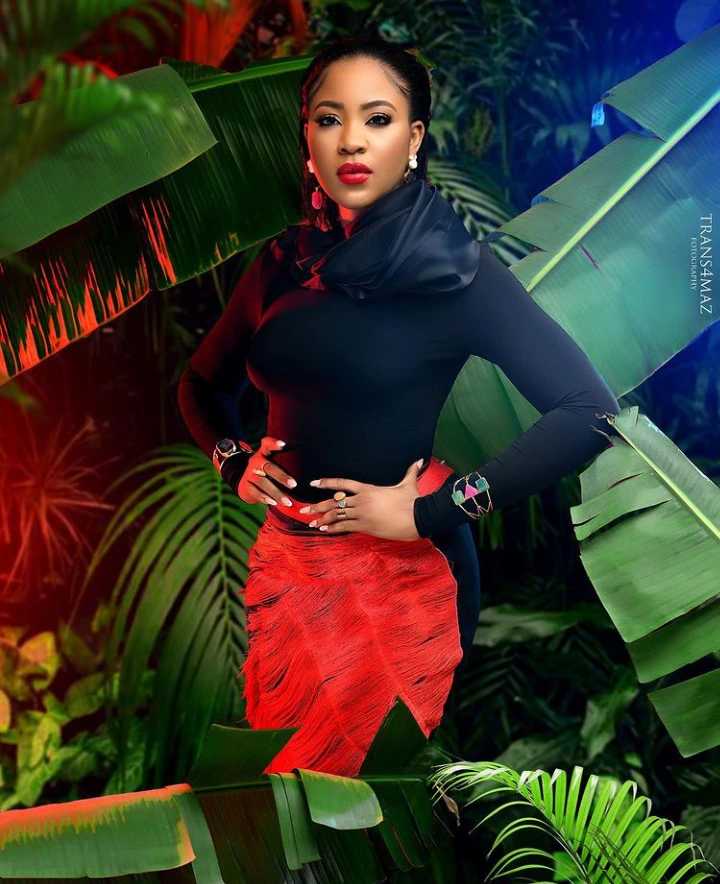 The troll even went further to say that, we shouldn’t forget that the reality stars career started with a GoFundMe account.

Erica wasn’t finding this troll’s tweet funny at all.

She blasted the troll by telling saying, “google me, I started my acting career four years before Big Brother Naija”. 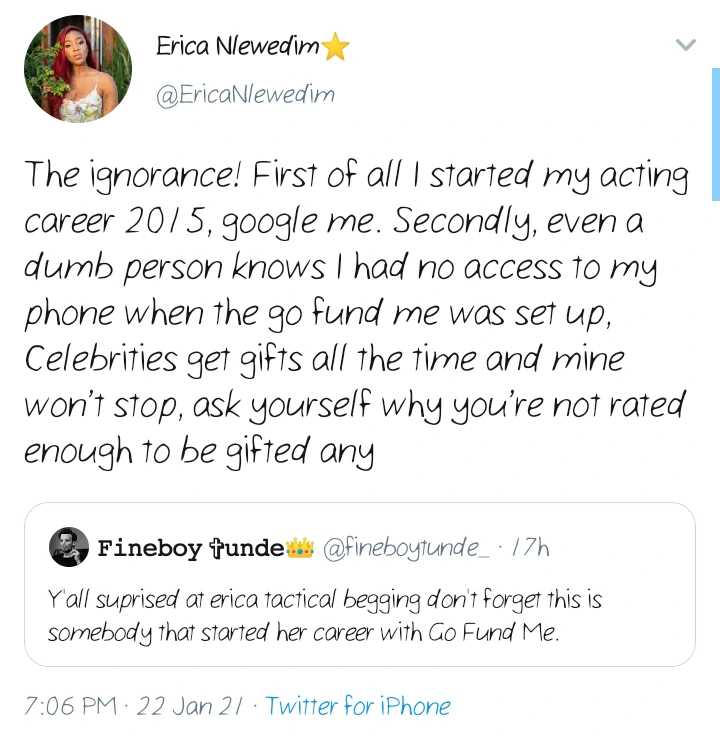