The Big Brother Naija show ended about two months ago, but there is still so much drama unfolding from the ex-housemates at different times, and it does not look like it will end anytime soon. 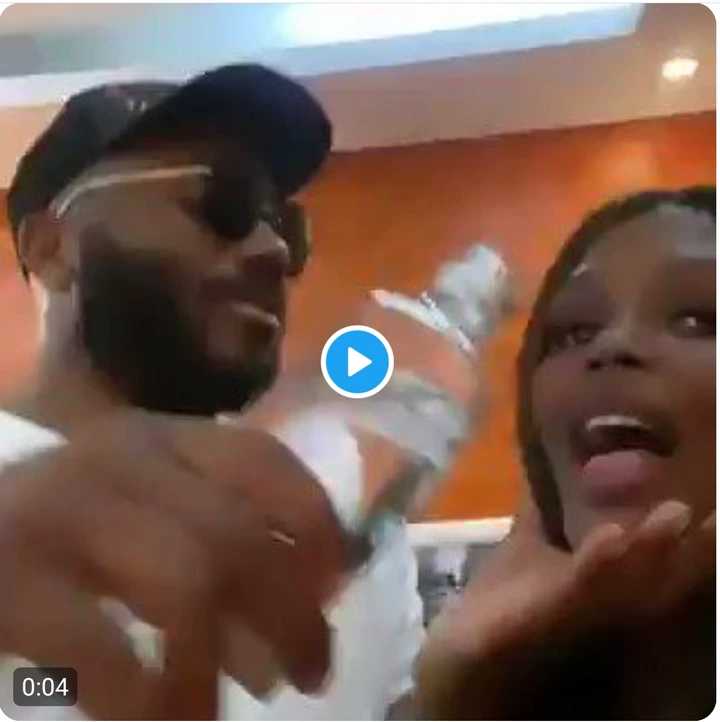 Big Brother Naija Lockdown ex-housemate Umaru Aisha, popularly called Kaisha is definitely not taking it easy on people who are trying to bring her down after Kiddwaya was accused of kissing her in a controversial video. 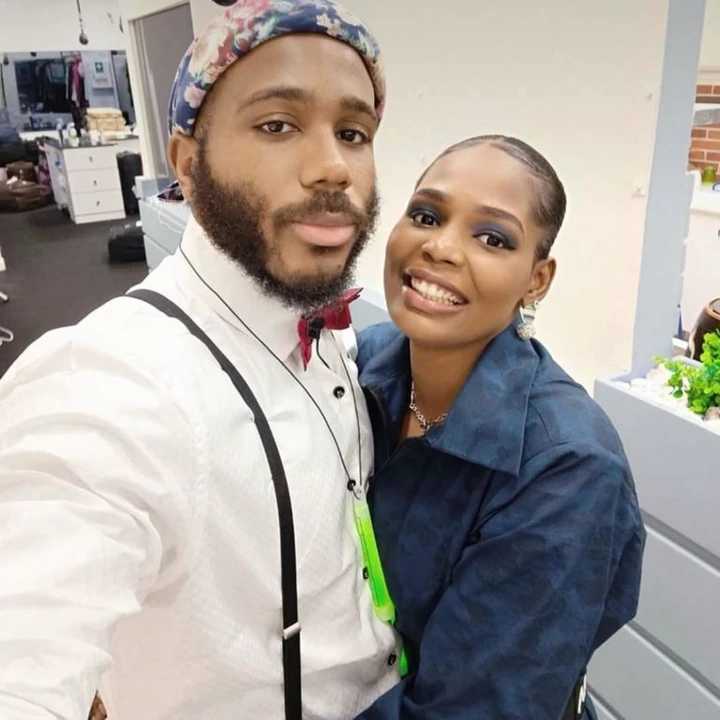 In the viral video clip, Kiddwaya was seen holding Kaisha’s jaw while pouring a liquid substance into her mouth and as their mouth moved closer, the reality star bent towards her face for a kiss. 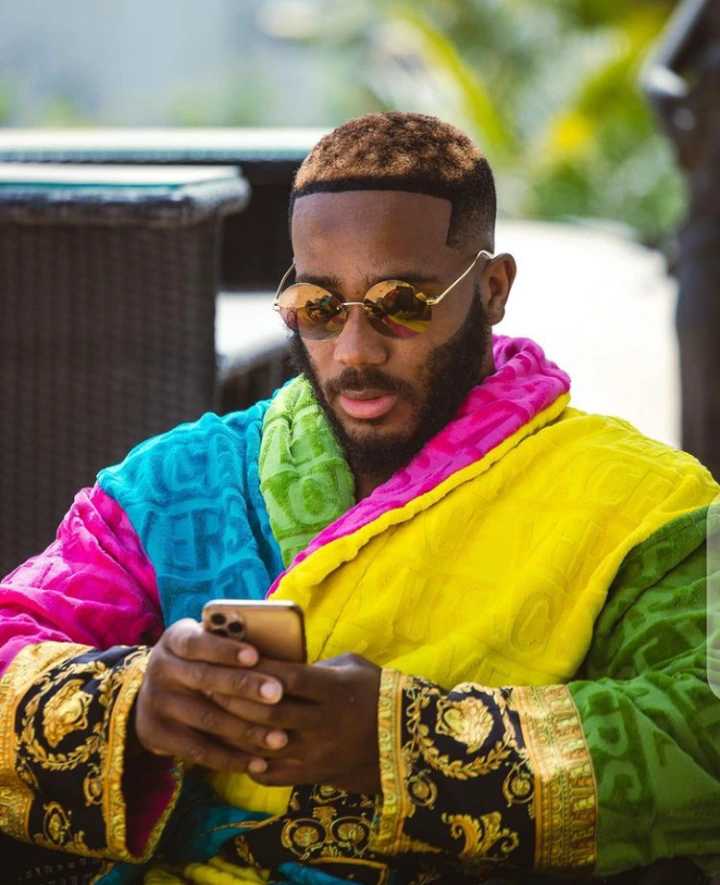 The action did not go well with BBNaija fans especially fans of ex-housemate, Erica Nlewedim.

What is Kidd and Kaisha tryna do here?pic.twitter.com/tcIjbuZUjd

However, Kaisha who has been quiet about the allegation has cleared the air in her recent tweets.

The popular Nigerian brand influencer, took to her twitter handle to tell her own side of the story. 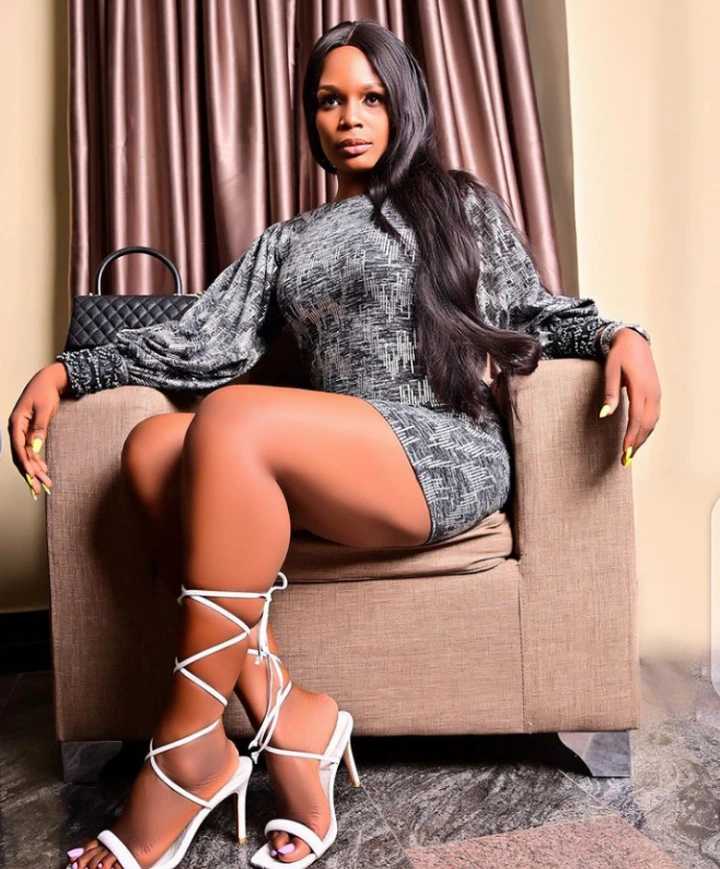 According to her, she sees Kiddwaya as a brother and she has never imagined kissing him.

In her words: “So I woke up to “Kidd kissed Kaisha last night “ 😲 How??? Oh yes I had too much to drink at Praise’s birthday party last night and I don’t remember kissing Kidd so where’s this coming from?”

She continued: “Kidd’s ritual of pouring drinks into our mouths is not new and we all know how playful he is. Kidd is like a brother to me and I have never imagined kissing Kidd! Never!!! It’s my fault that I was careless last night; I had too much to drink🤦🏿‍♀️” 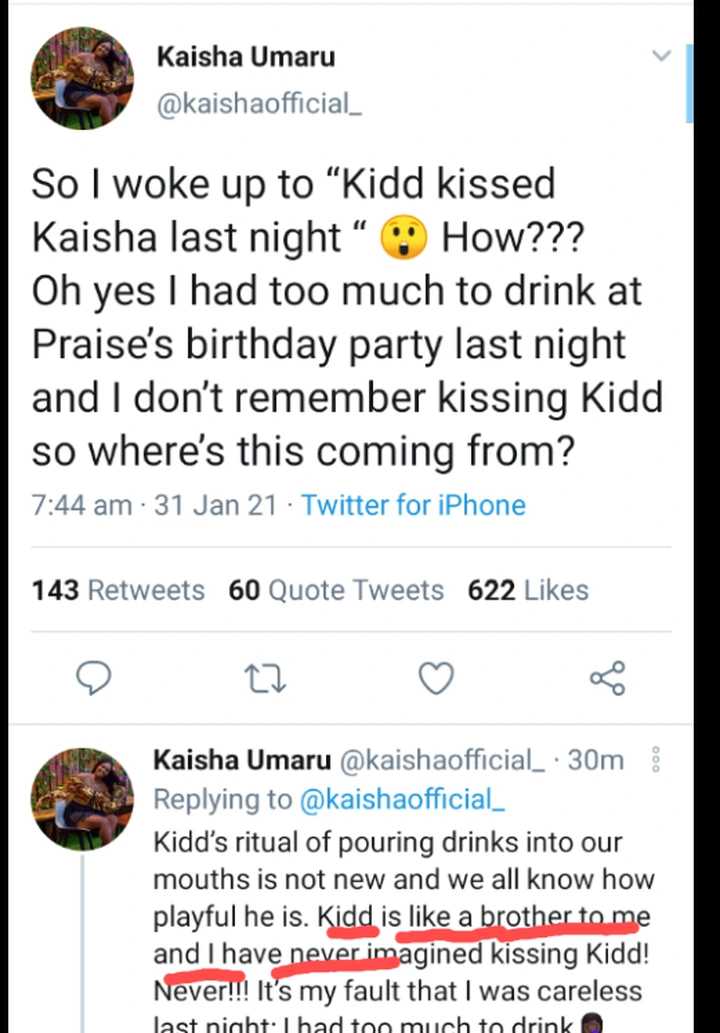 Several reactions have trailed her submission as fans and followers took to her page to express their opinions and takes on the matter. 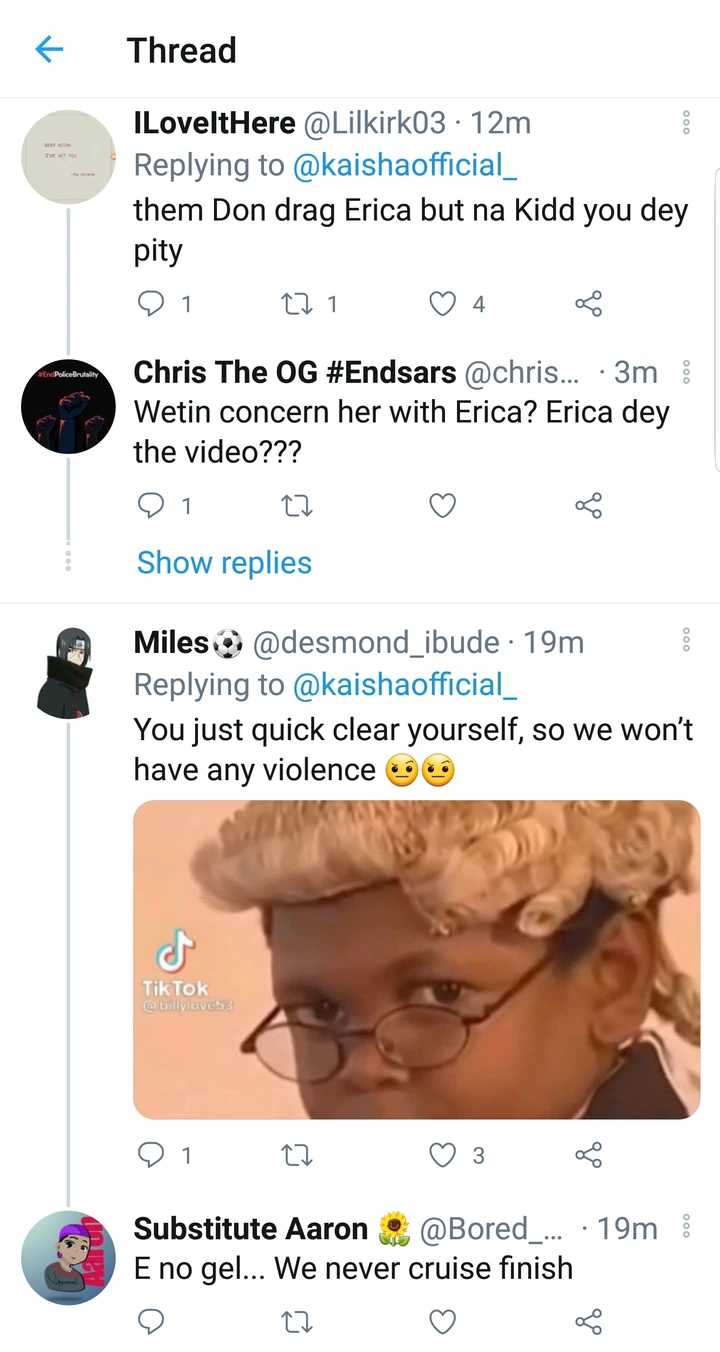 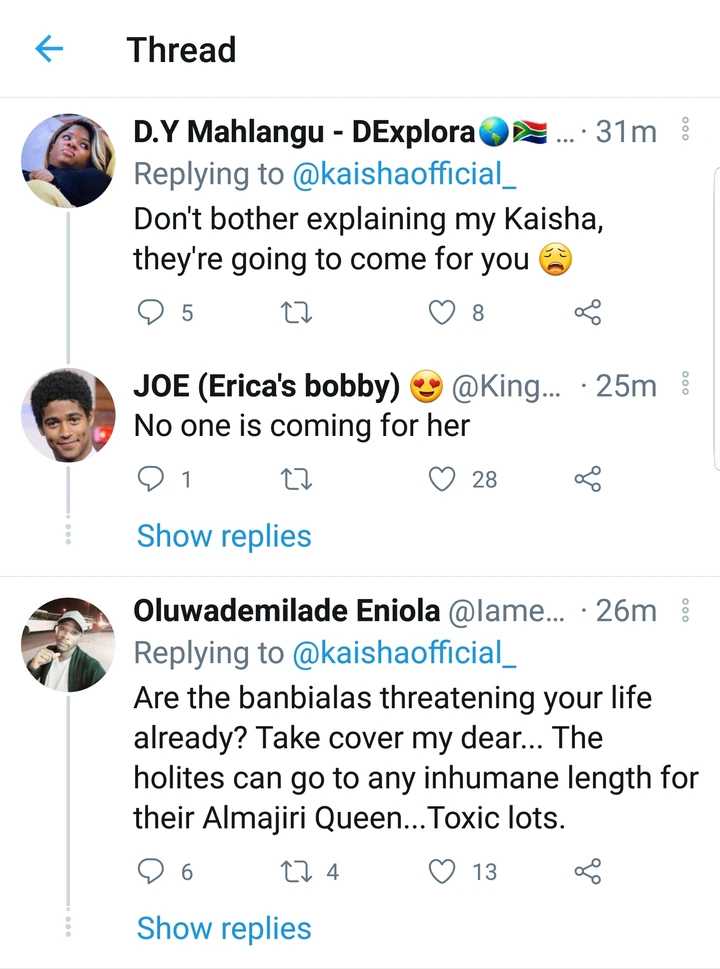 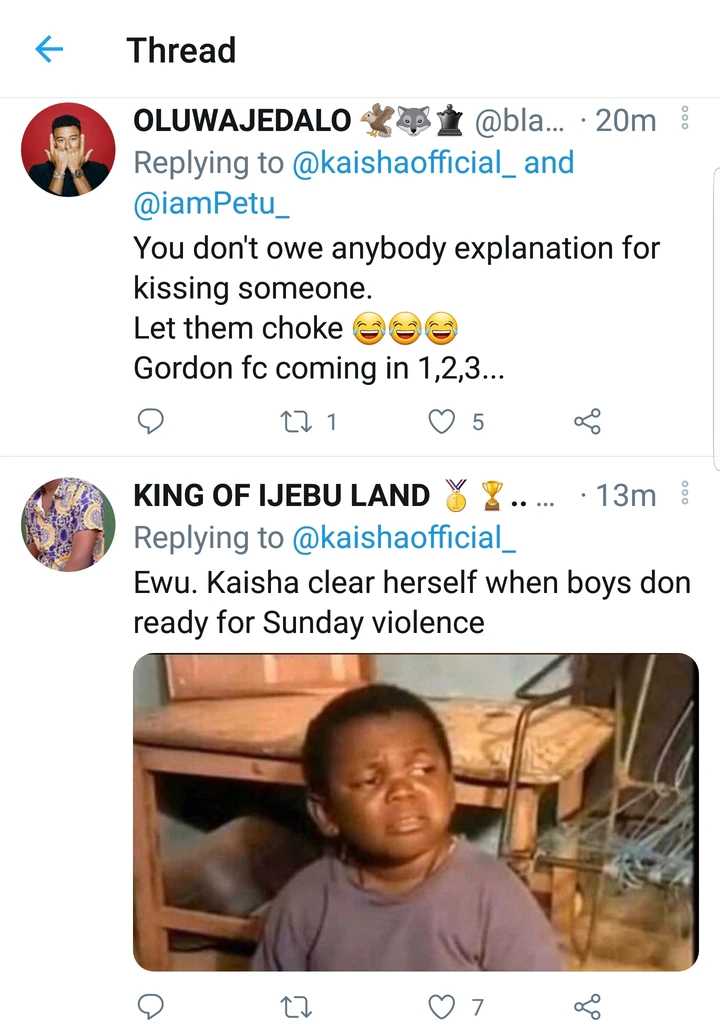 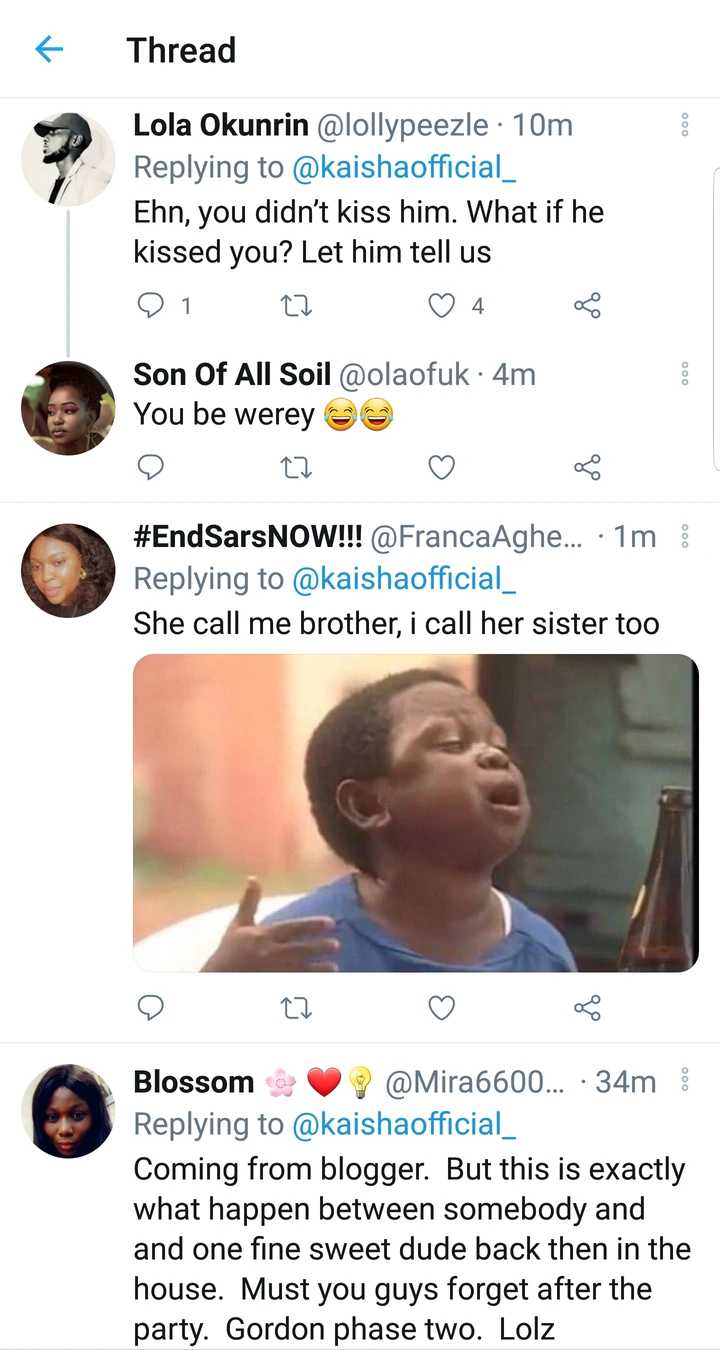 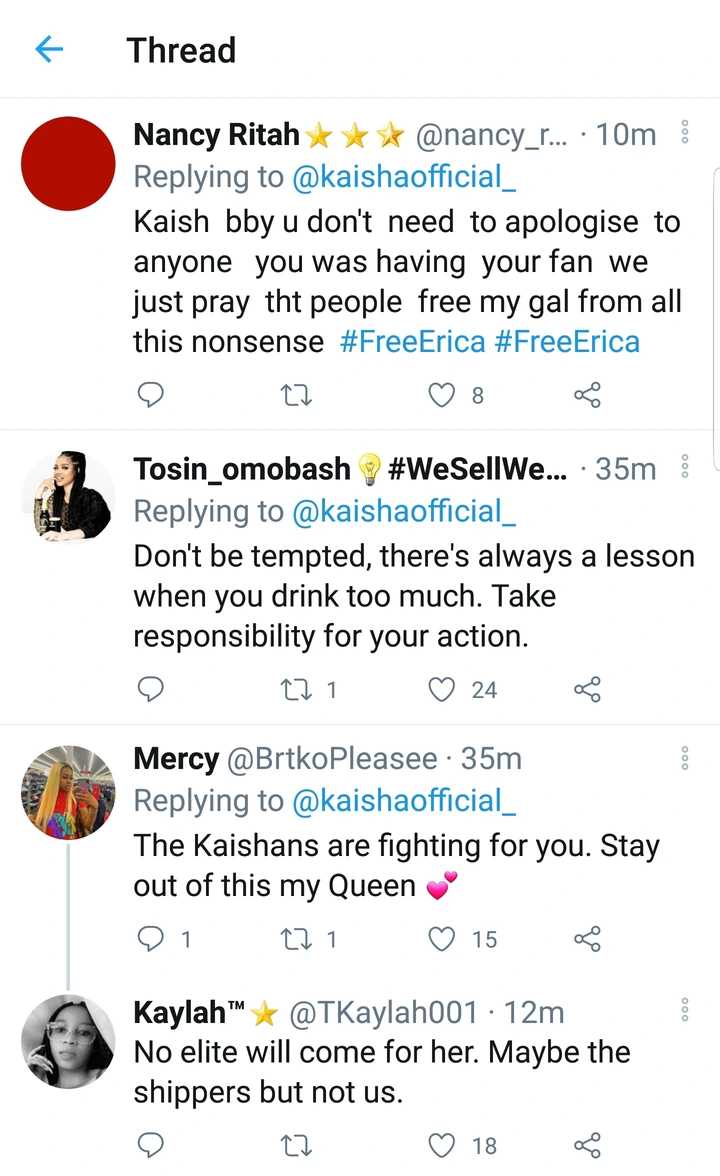 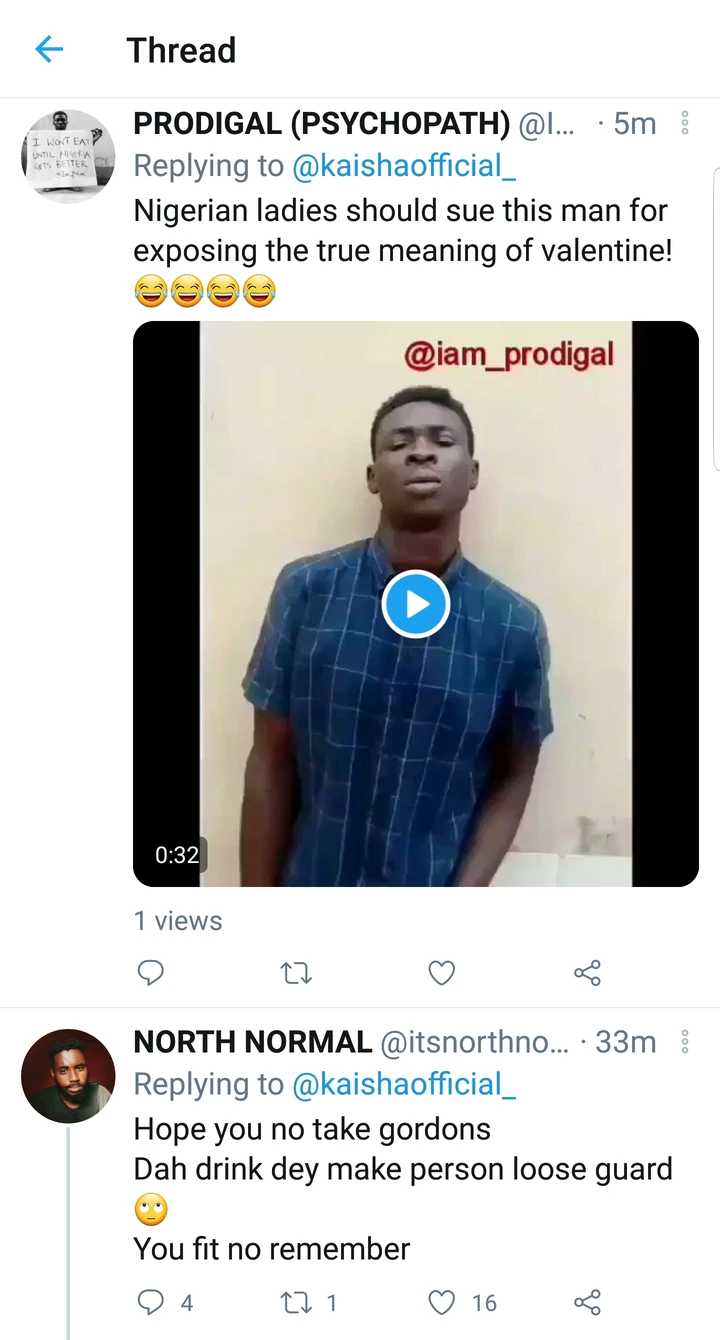 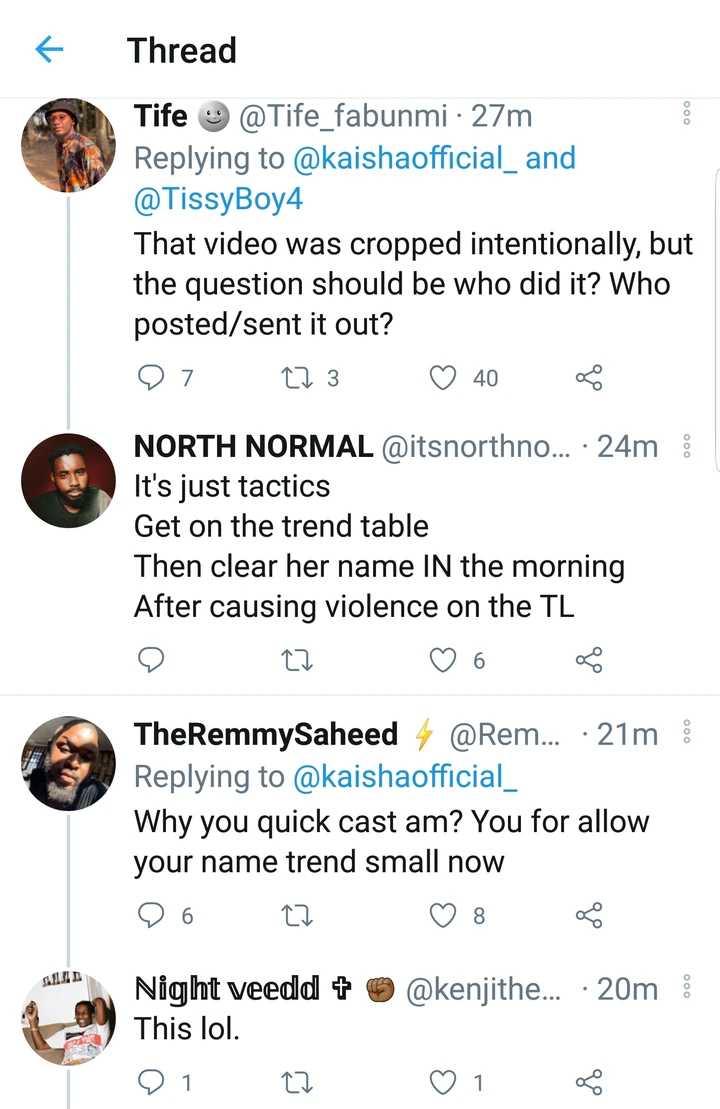 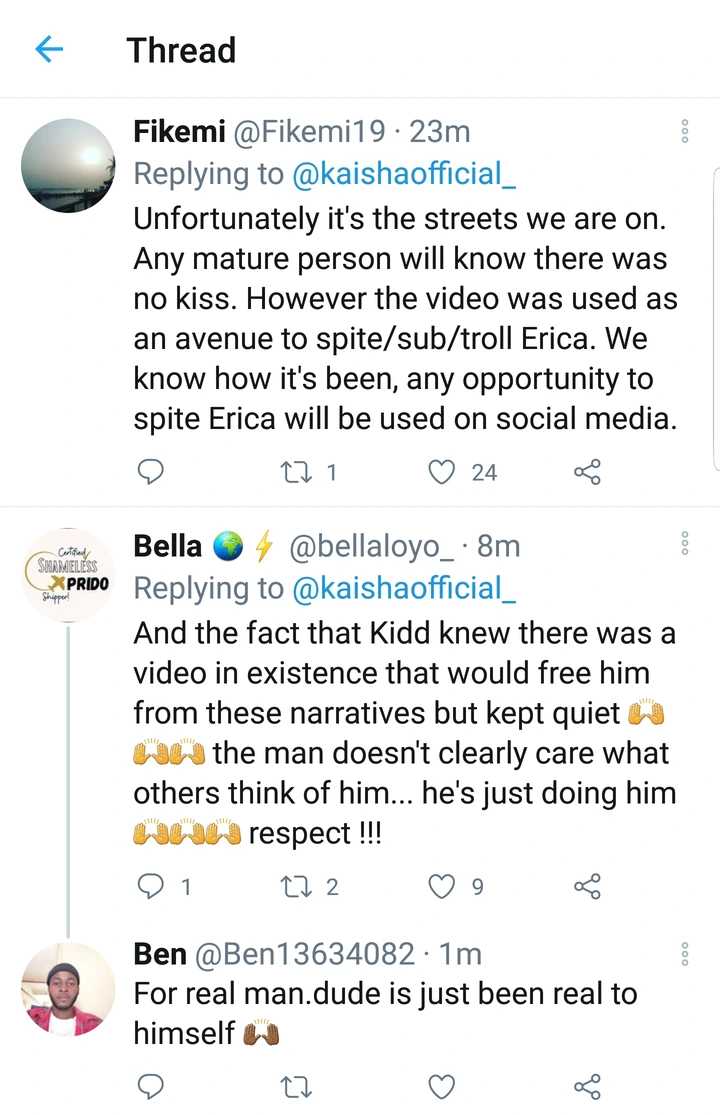 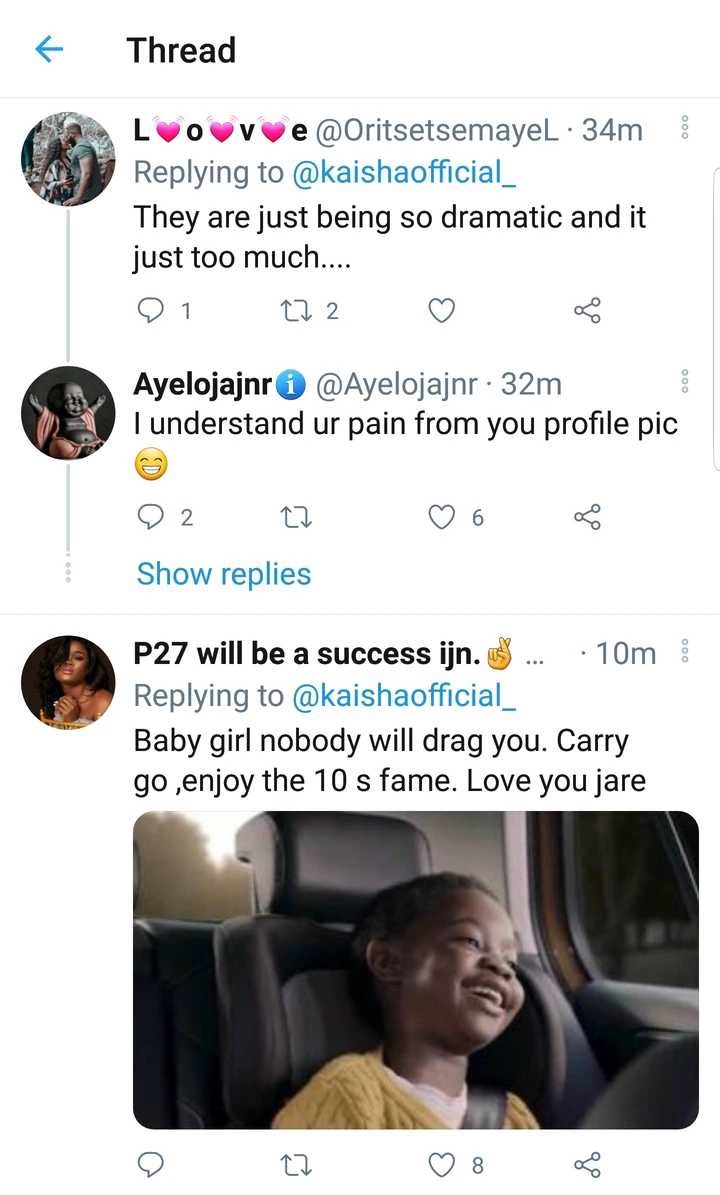 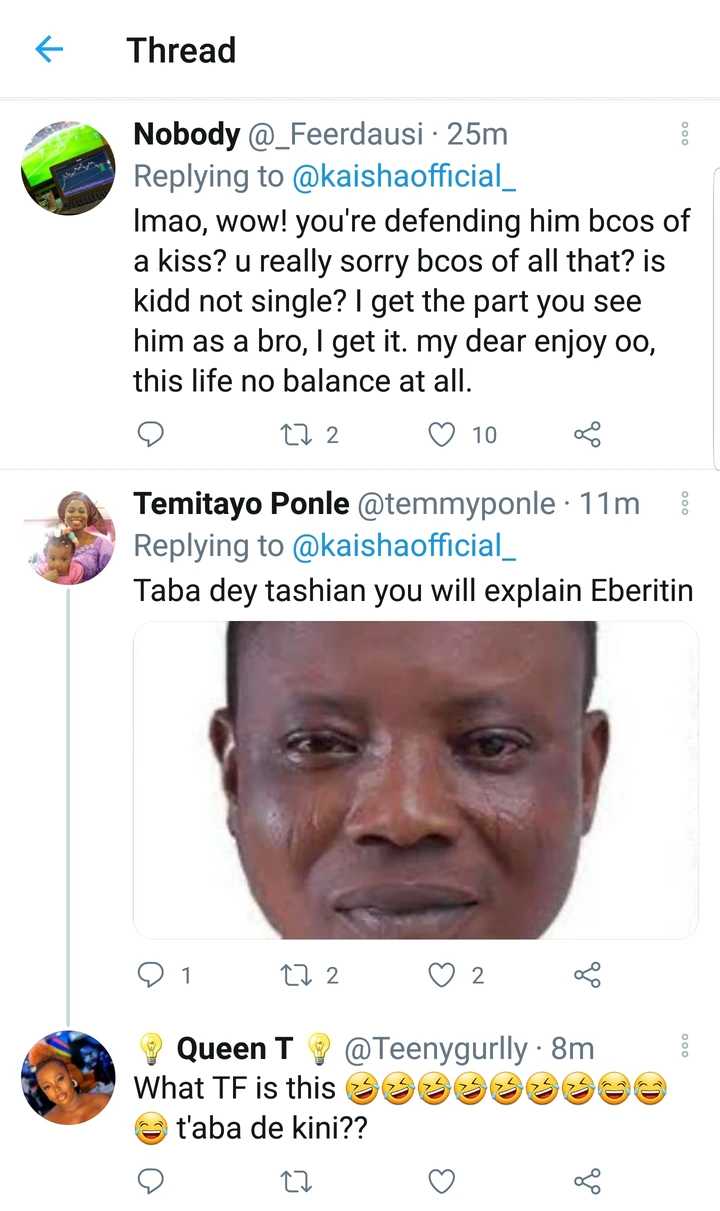