Controversial crossdresser, James Brown Obialor has penned a message to people, who feel intimidated by him.

Brown posted a video of himself via Instagram and he attached the message.

The crossdresser, who got embroiled in a public row with Bobrisky, fired shots as he advised people to stop feeling threatened because he does not intend on fully transforming into a woman.

“I can be a full woman  if I want to. being classy, calm, collective, with that bad bitch attitude and sexy but I decide not to because I enjoy being free being funny being hilarious so stop being threatened by me,” he wrote. 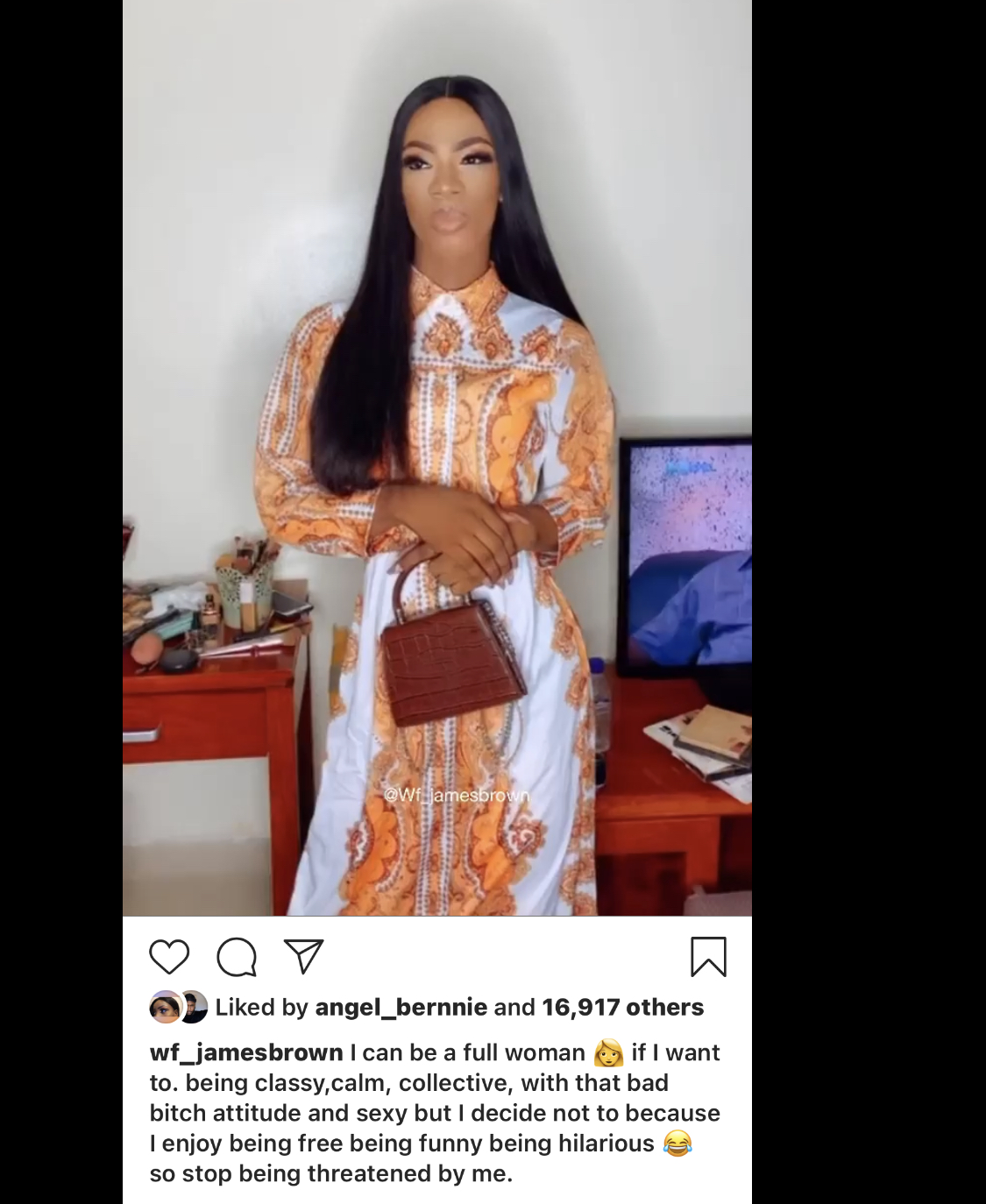