A European man on Twitter identified as Henry Joseph Grant has made an unbelievable confession on Twitter that has caught the attention of many. 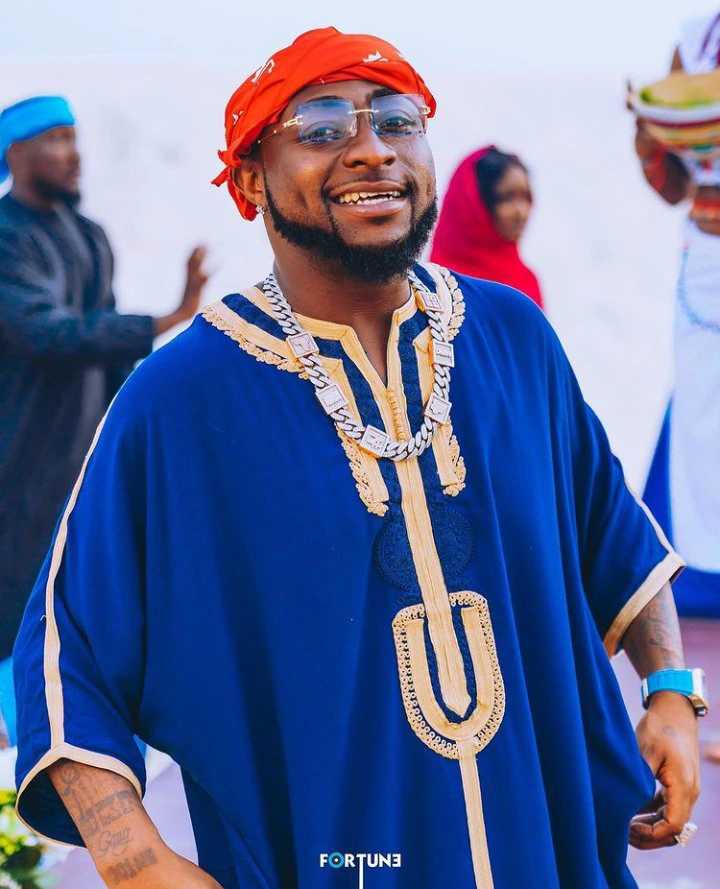 According to the Netherland born man, he has grown to love the songs of Wizkid and finding it hard to listen to any other song. He took to his page and named some artists he rated as the beat in Nigeria.

“I’ve been constantly playing Made in Lagos since it was released and it still hasn’t got played out yet. That’s the sign of a very good body of work. 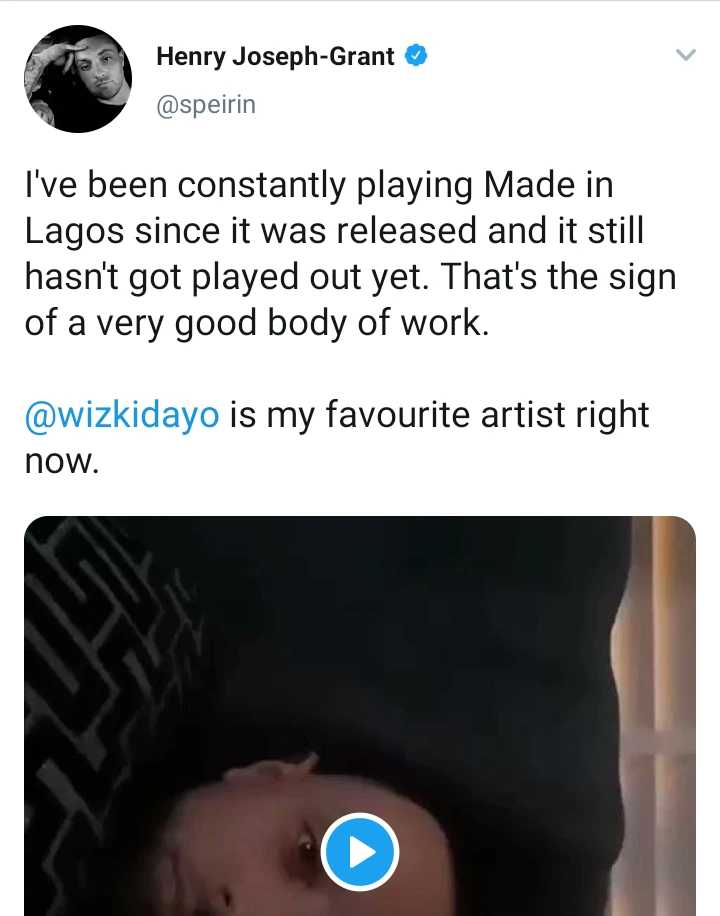 He went on to praise Nigerian music legends such as Fela Kuti, Sade Adu and the likes.

He then revealed his love for Wizkid, Burna Boy and Tems (for her feature in MIL). 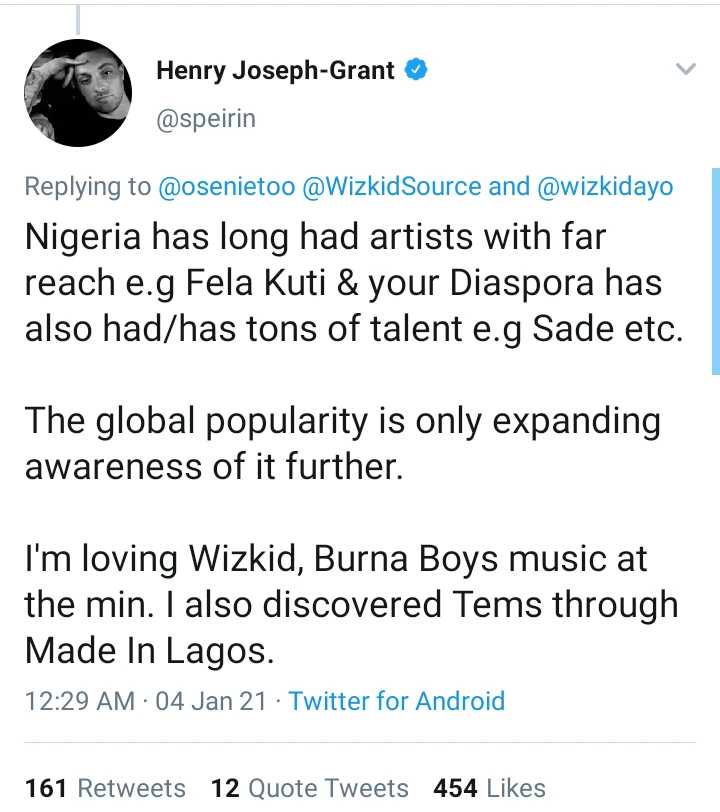 A social media then questioned him on why he didn’t add Davido’s name to the artists he rated in Nigeria and he answered the fan saying, “I don’t rate silver spoons”. 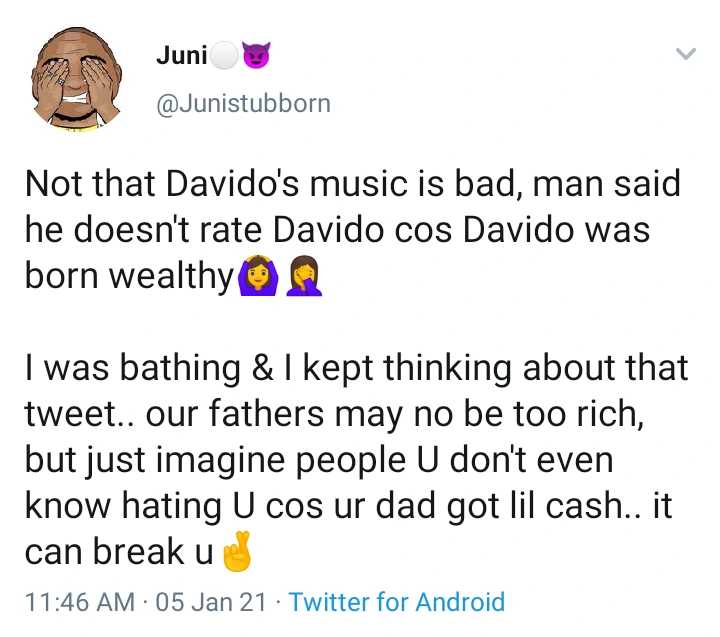 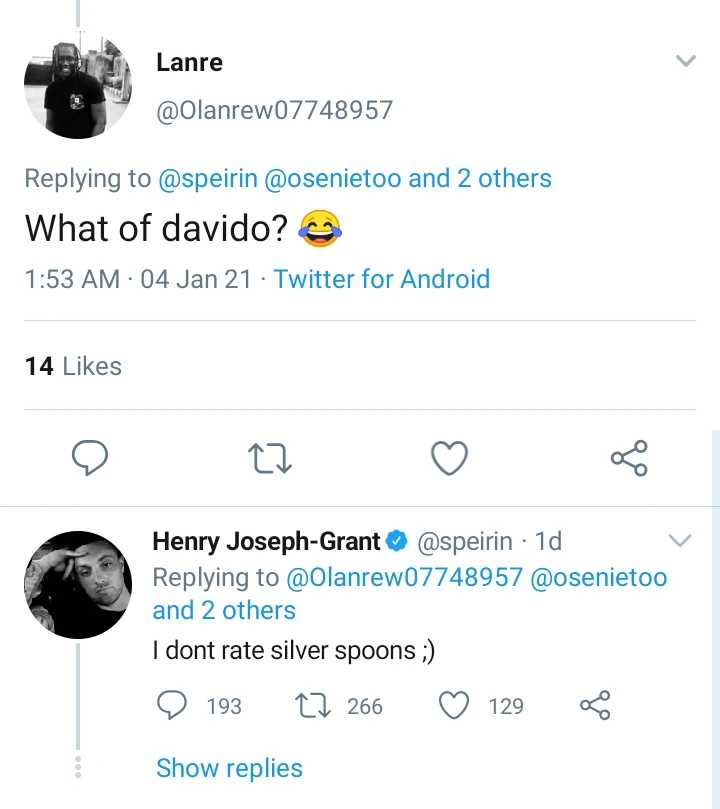