Popular reality TV starlet, Erica Nlewedim set tongues wagging after she poured out her emotions via Twitter on Friday.

Information Nigeria gathered that the actress’ best friend, Kiddwaya recently travelled to Dubai for the holidays.

Taking to the micro-blogging site, Erica revealed that she misses her husband and many assumed that she was referring to Kiddwaya.

“I miss my husband”

This comes days after the actress shared her take on celebrities repeating their outfits. According to the film star, people will complain if they see a celebrity repeating one outfit. She, however, noted that it does not apply to her because she doesn’t care.

Read Also: ’I’m A Celebrity But I Repeat My Dresses’ – Erica Nlewedim 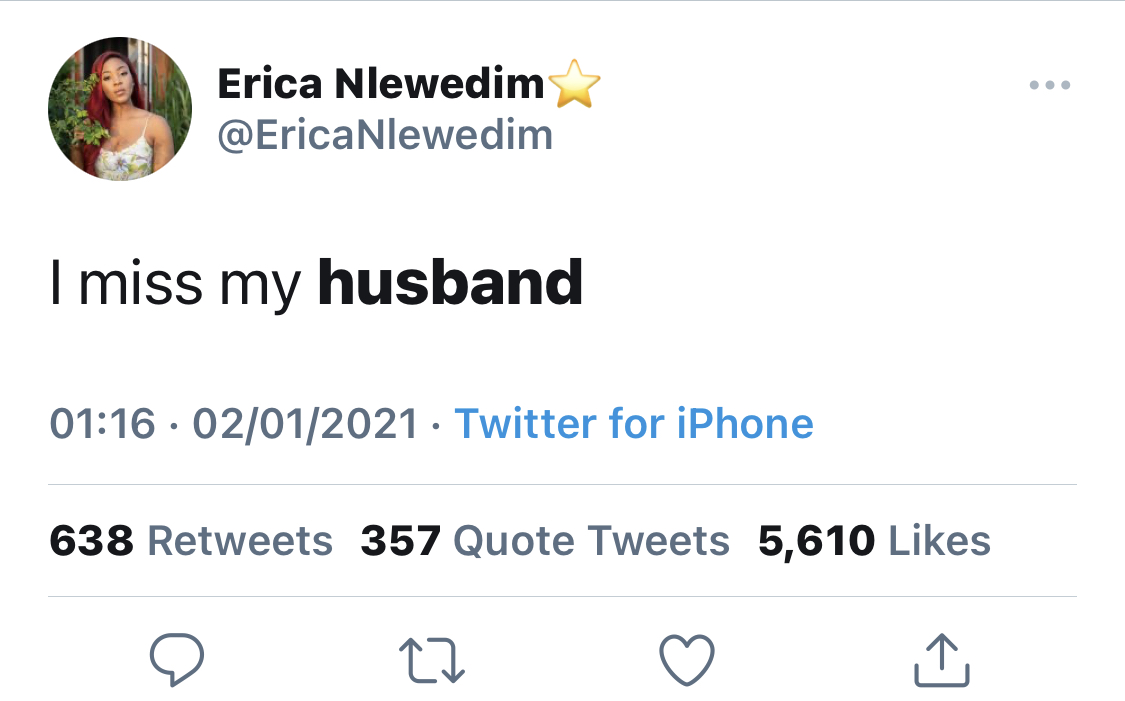 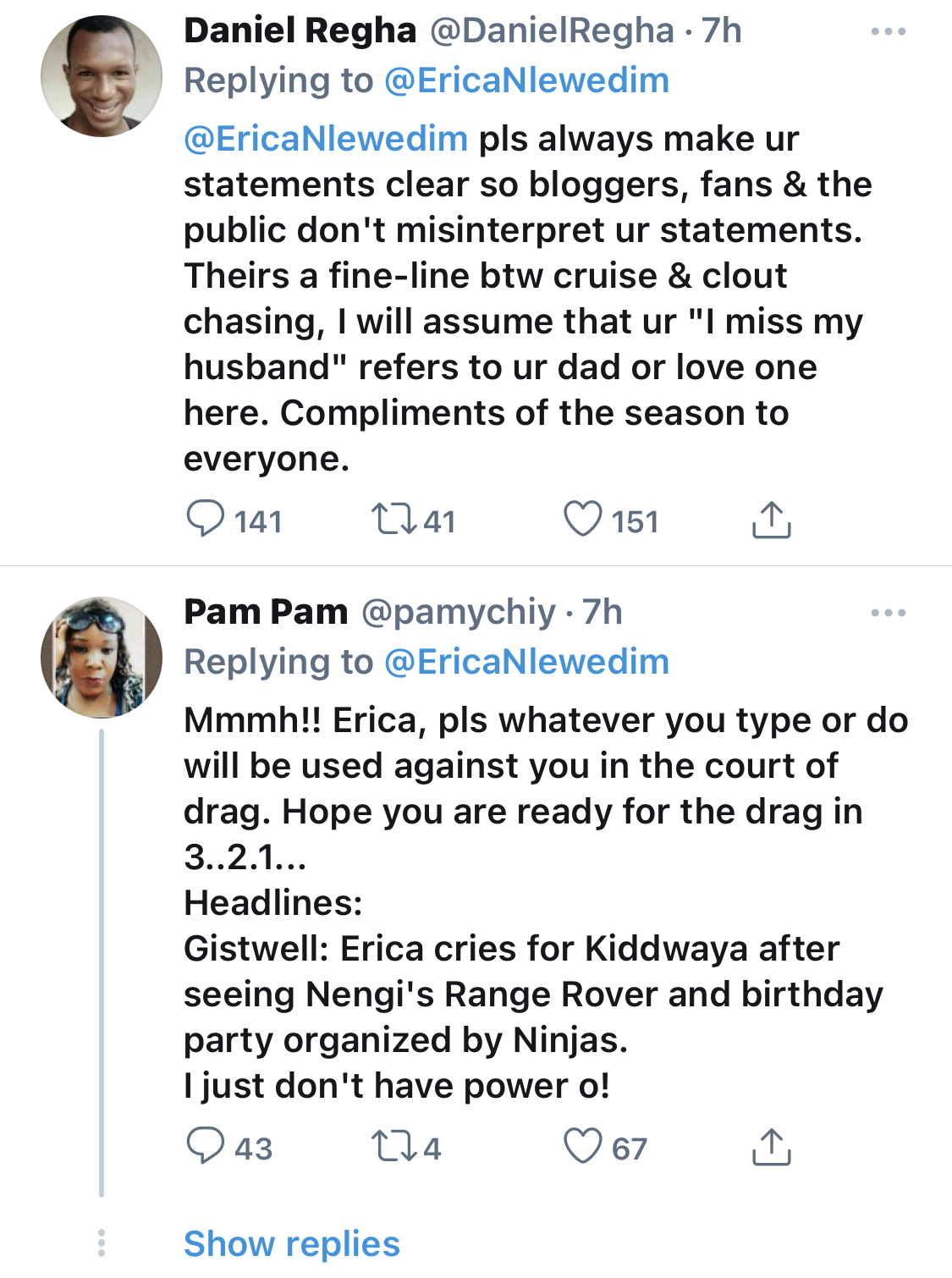 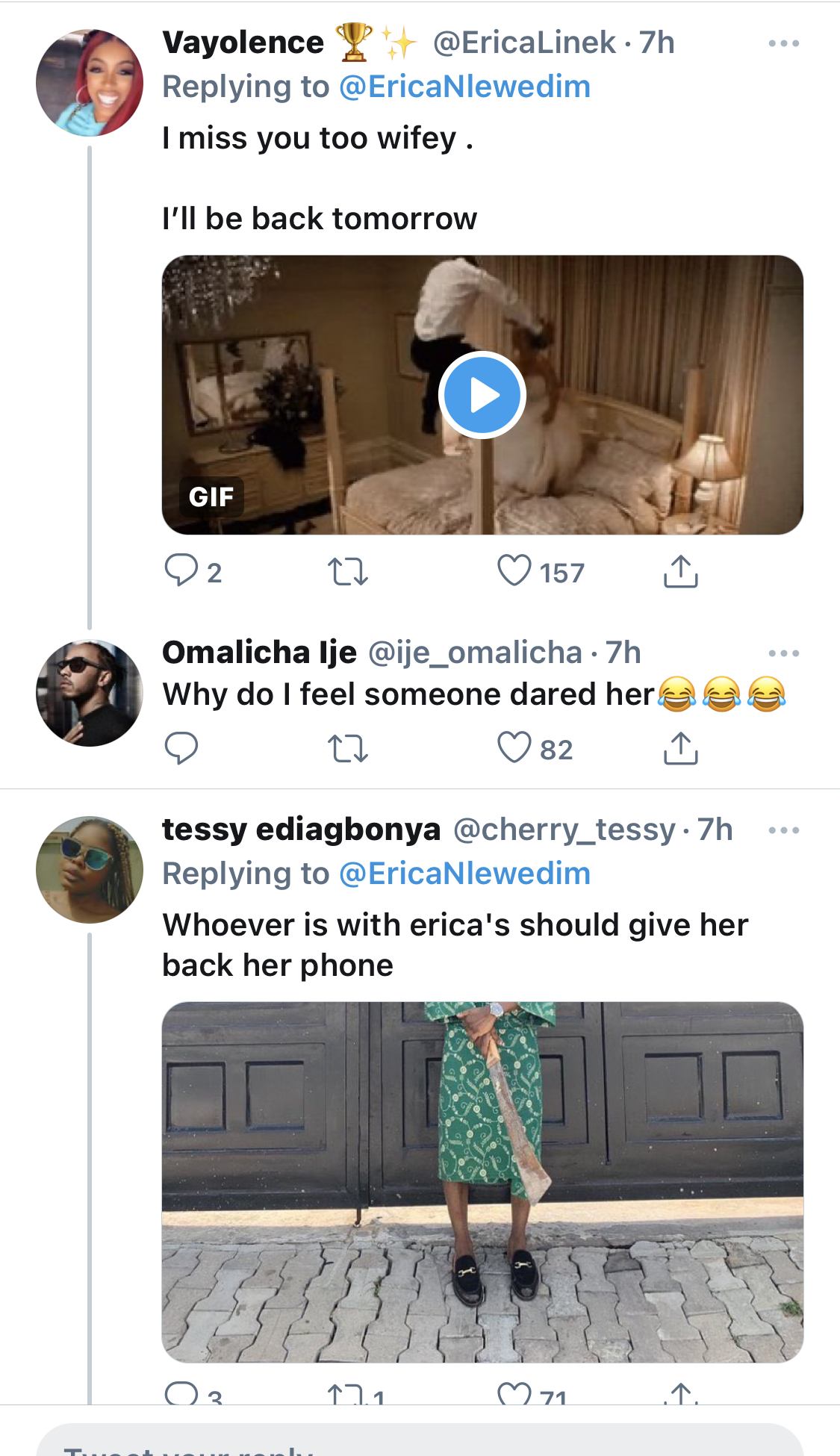 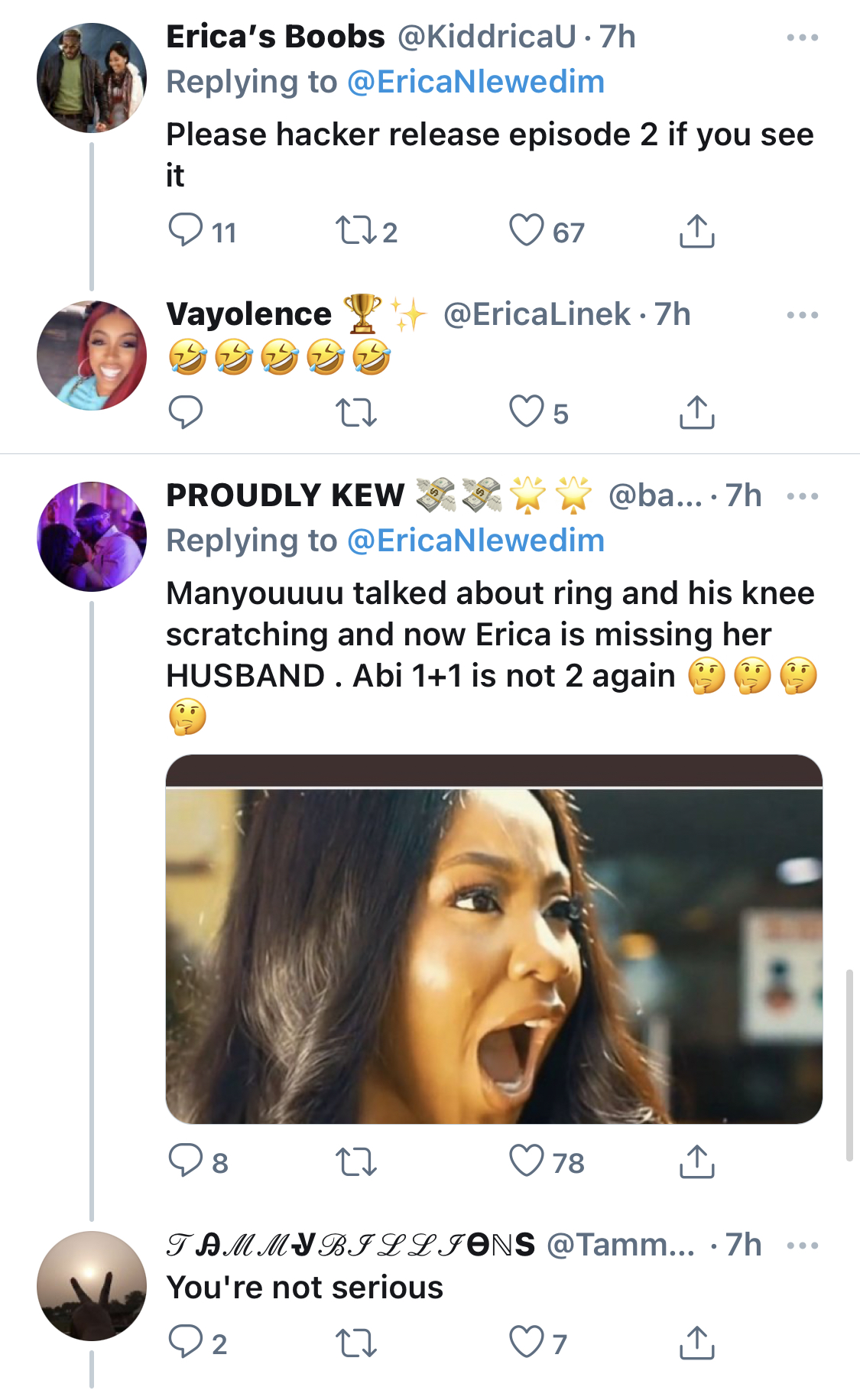