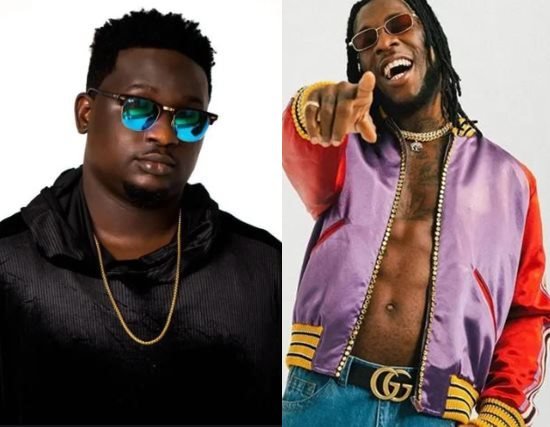 Nigerian superstar, Damini Ogulu, alias Burna Boy, has extended love to his senior colleague, Wande Coal. Both artists have a history of working together, notably on the song ‘Amorawa’ released in 2013.

Wande Coal had taken to Twitter to express vulnerability saying that people don’t understand him despite his fluency in three different languages – English, Yoruba, and pidgin.

“I speak English, Yoruba, pidgeon and they still don’t understand.. who out there can relate“, former Mo’ Hits star tweeted.

This moved the ‘Way Too Big’ crooner to state that he has missed the self-proclaimed Black Diamond.

“Miss you bro!“, he replied to the tweet with a heart emoji. 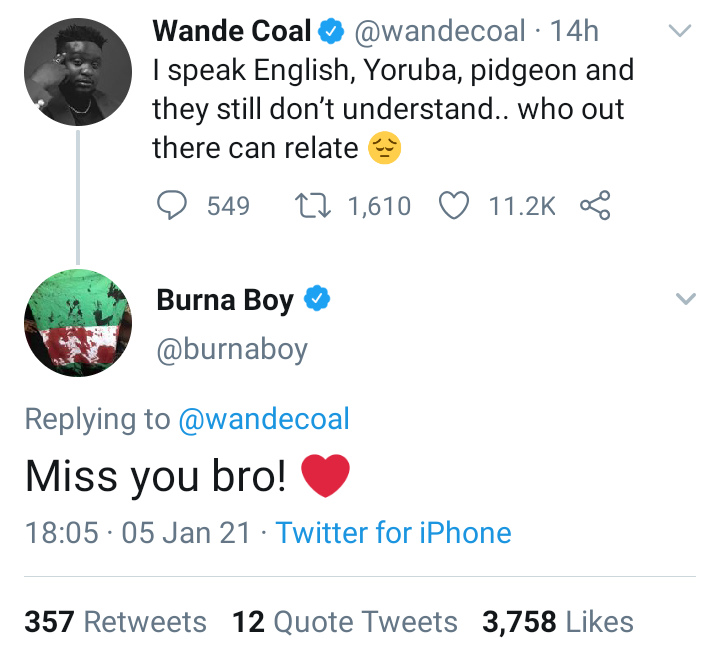