Fourth and first female BBNaija winner, Mercy Eke was dragged by a twitter user after she shade Nengi and other housemates.

The season BBNaija house mate, took to her snapchat handle to shade other BBNaija house, saying she’s the one all the fans of other house mates wants their favorite to be and look like.

According to her she is the queen and none of the house mate cn achieve what she has achieved in 10 million years to come. 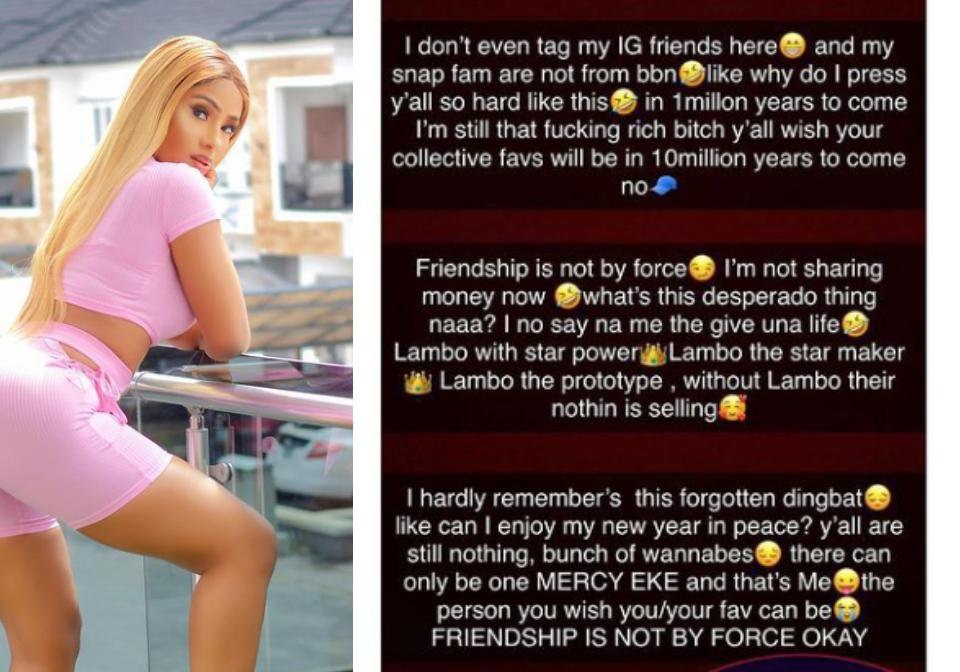 Reacting to the comment, a Twitter user said she’s only ranting because she won due to Tacha’s disqualification.

The Twitter user further state that if she’s really a queen, she shouldn’t be announcing it on a daily to everyone.

If not because Tacha was disqualified, Mercy eke wouldn’t have won BBNAIJA!