The actor, whose real name is Anayo Modestus Onyekwere, is getting tired of being portrayed as a ritualist due to the movie roles he plays.

Taking to the photo-sharing app, the film star posted a video showing the moment he paid his respect to the mother of veteran actor, Chika Anyanwu, on her 100th birthday.

Reacting to the post, some of his followers made teasingly remarks, noting that he shouldn’t use the elderly woman for money rituals.

The actor wasted no time in defending himself against the trolls.

Read Also: Actor Kanayo O. Kanayo Honored For Being The First Lawyer In His Community (Video) 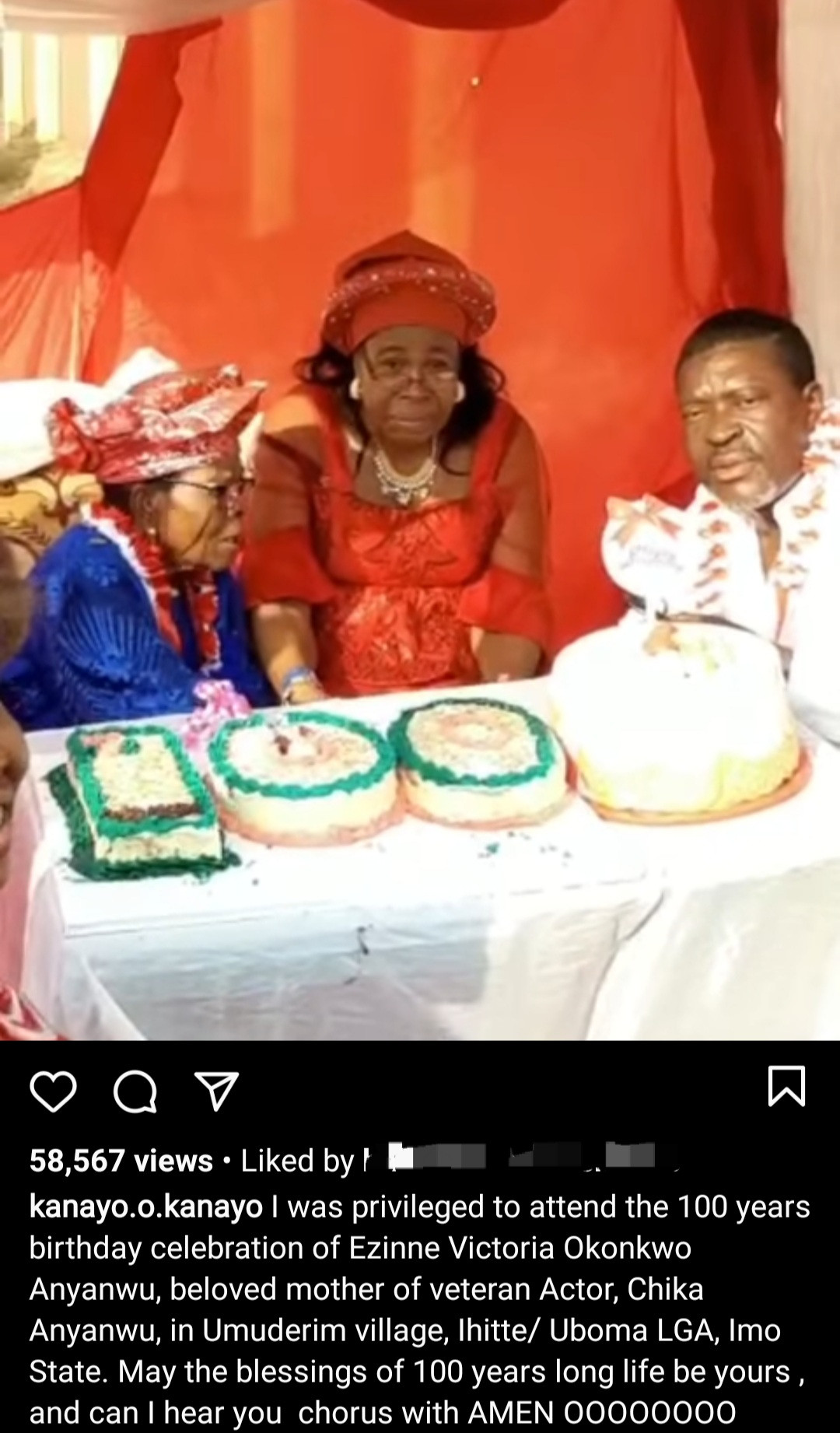 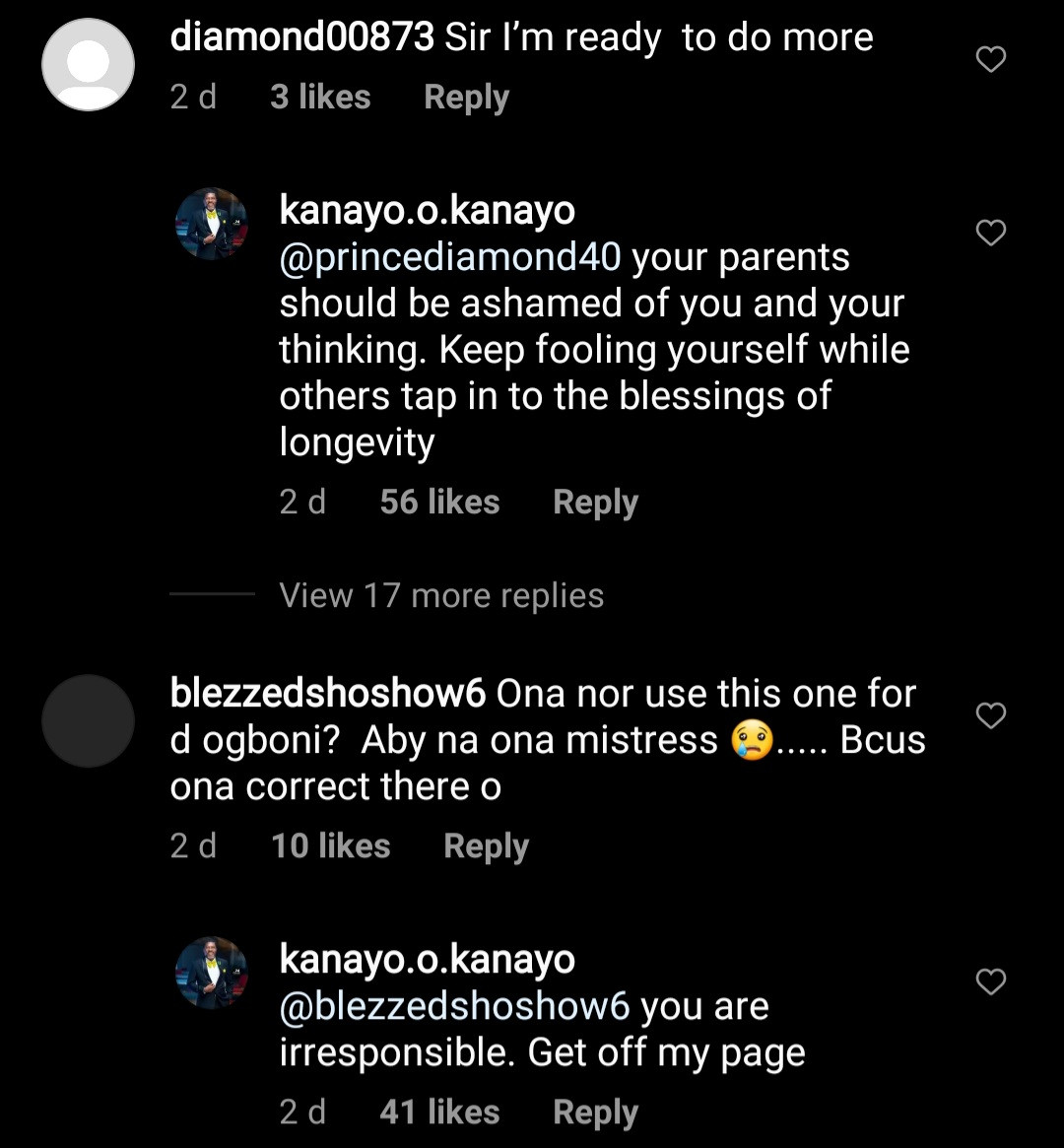