Home News Feed ‘My mouth has killed me’ – Lady says as she narrates how...
Facebook
Twitter
WhatsApp

Luck has ran out of a Nigerian lady whose relationship is about to end because of some she said.

According to the lady, she is dating this guy whom she described as the nicest guy in the world, however, the guy is now behaving strange and it is all her fault. 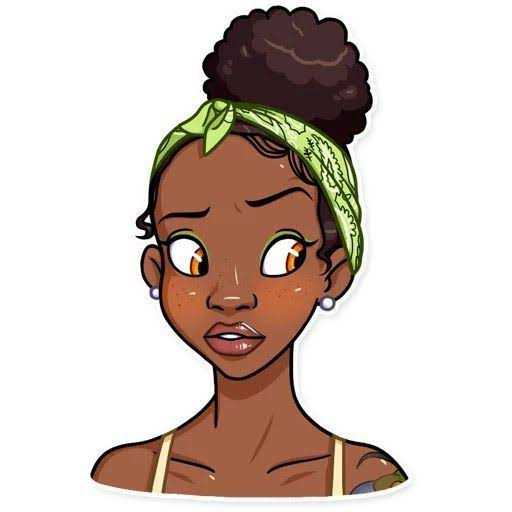 Confiding in popular Nigerian relationship coach, Joro Olumofin, she stated that her fiancee really spoils her with money and some statement she made has made the guy advice himself.

Read her letter to Joro below; 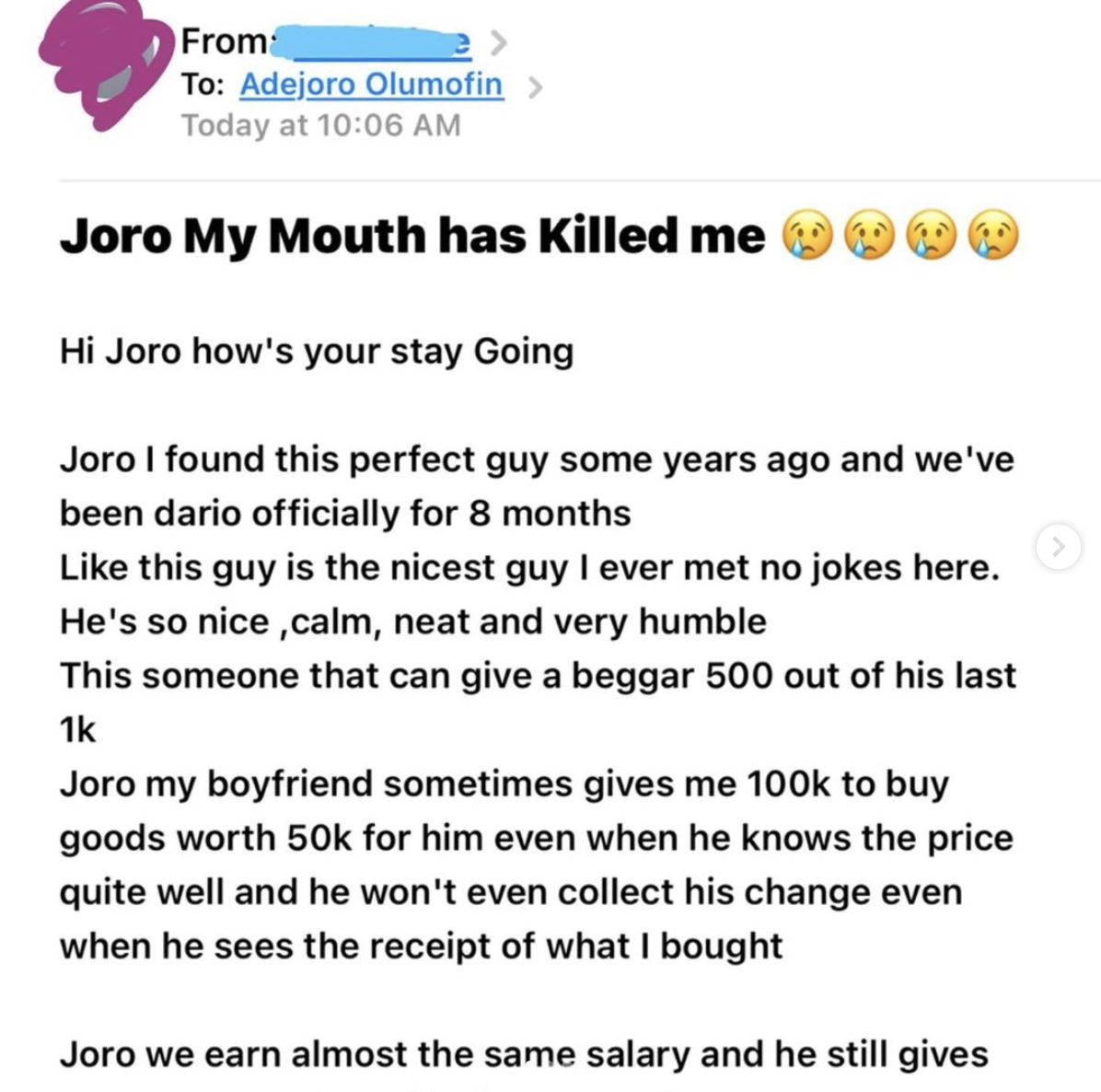 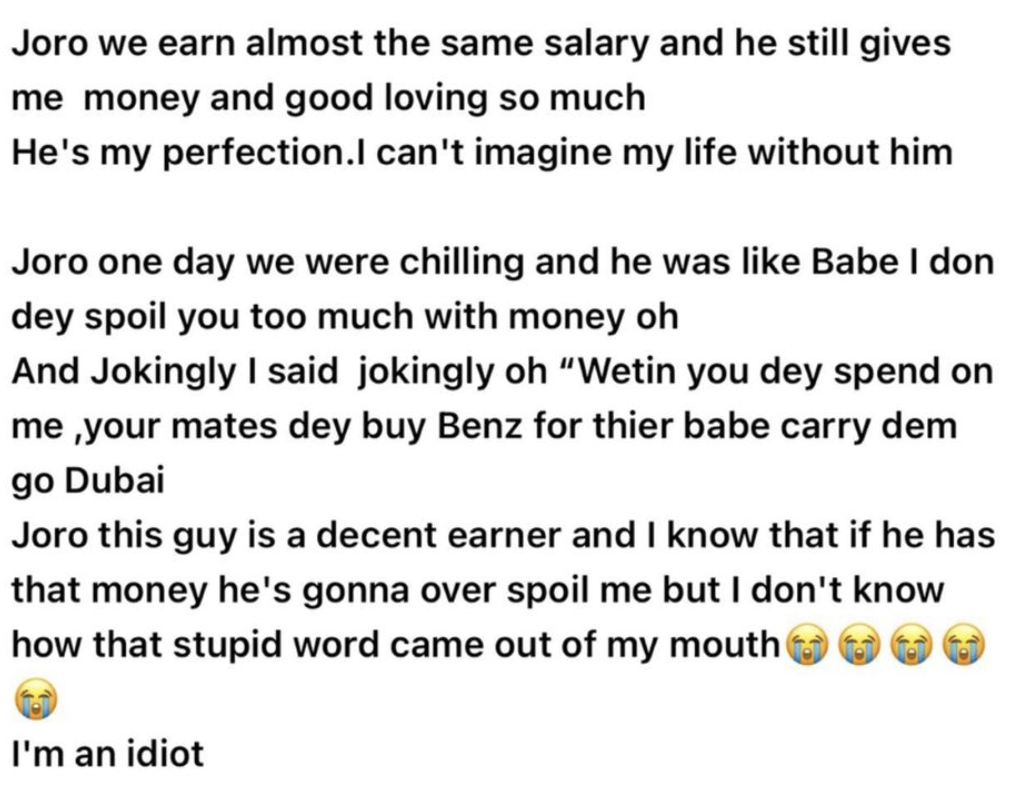 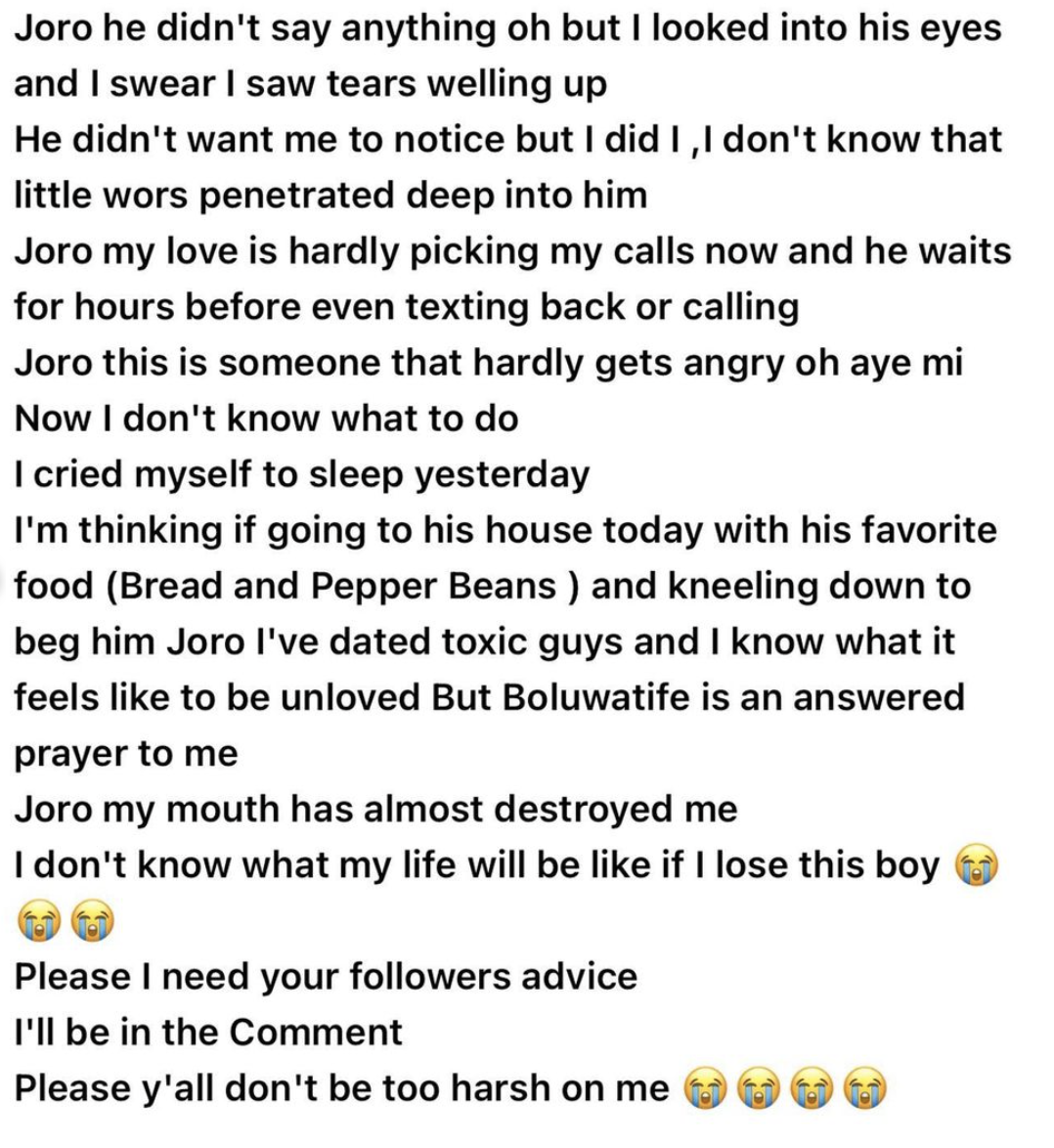