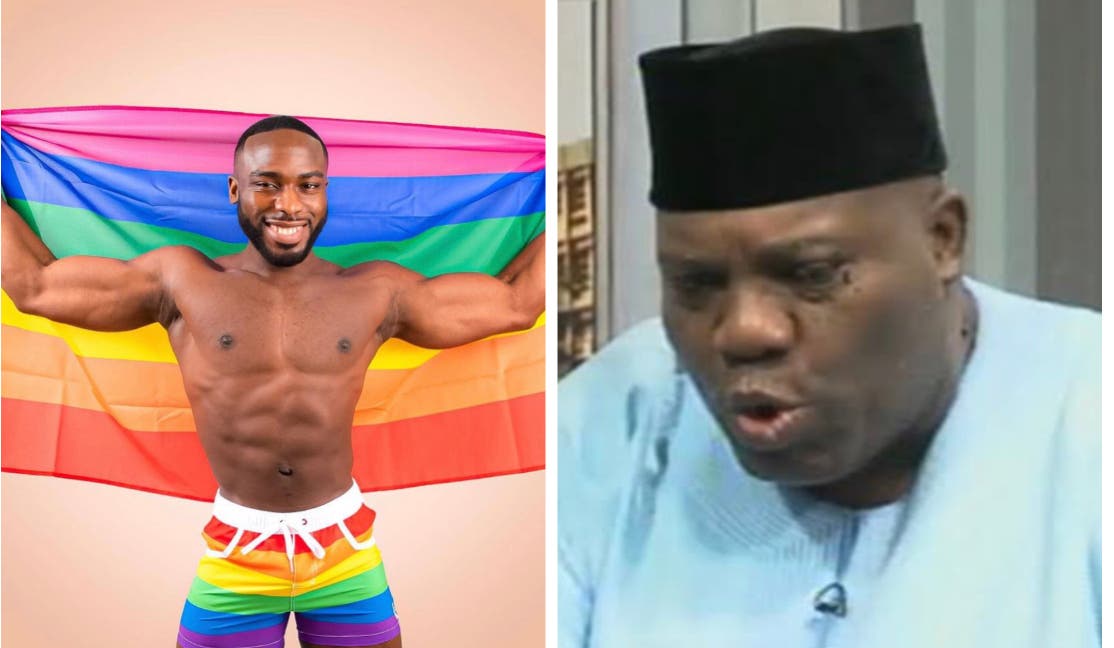 “Yes, I’m Gay AF,” he wrote as he shared a semi-clad photo of himself in rainbow-coloured shorts with a rainbow flag behind him.

Reacting via a Facebook post, Okupe disclosed that he had known about his son’s sexuality for a while.

Sharing the photo posted by his son, Dr Okupe wrote, “The picture below is that of Mobolurin Okupe. He is my son. I gave him the name MOBA OLUWA RIN, ( I WALKED WITH GOD) because he was born at the time I gave my life to Christ.

‘I have been aware of this his new orientation for a while now.

“He knows that as a Christian and a witness for Christ (an evangelist) I am vehemently opposed to homosexuality as it runs contrary to the avowed precepts of my Christian faith.

“For me, I look beyond the surface or the physical. Here I see a major spiritual challenge ahead but I know as my God liveth, this whole saga will end up in Praise to the Almighty Jehova who I serve day and night.”