A native doctor is currently the talk of social media after he was reportedly invited by leaders of Arue-Uromi community, in Esan-North East Local Government Area of Edo State, has claimed that a family member is responsible for the death of six children crushed by a learner driver. 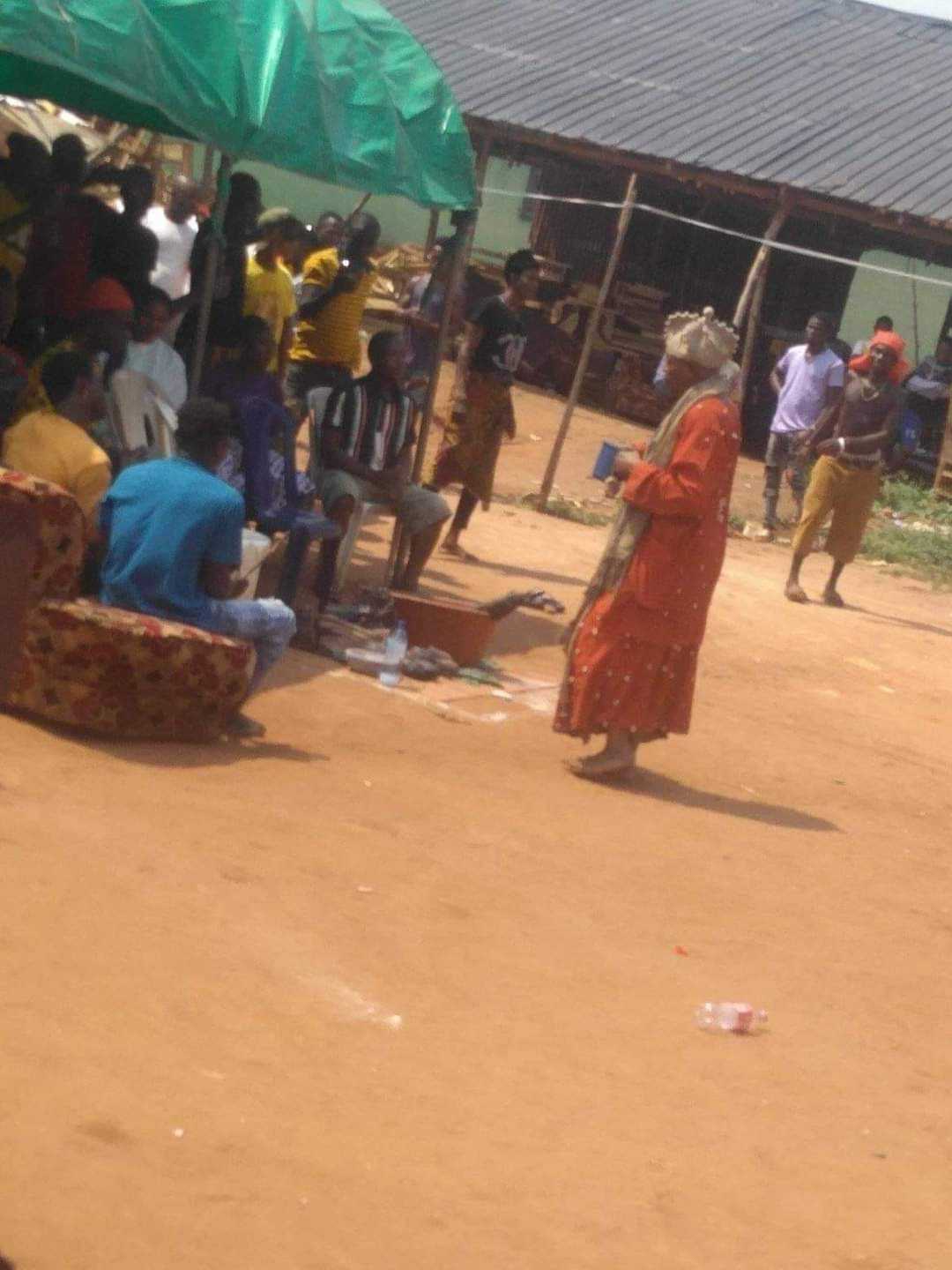 Recall that the children, four girls and two boys, said to be from same family, were playing football when the Mercedes Benz car with a learner driver sign crushed them to death on Friday.

According to a member of the community, Enaholo Abel Enaholo, the native doctor claimed that an uncle to one of the children caused the tragic accident because he refused to accept a goat from the child’s mother after a misunderstanding.

“Native Doctor Live in Uromi as is invited to ascertain the cause of the accident that claimed 6 Kids in the town few days ago. UROMIANS NO GET JOY OO I think the level of value of life here no matter the means with which they decide to use is nice.” 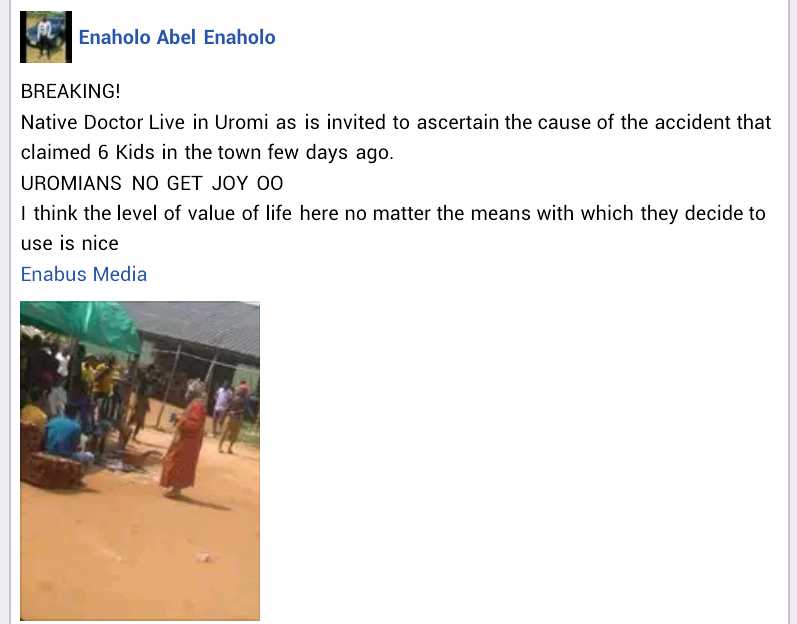 “OUTCOME OF THE NATIVE DOCTOR’S INTERVENTION IN UROMI
The Uncle to one of the kids is said to be responsible for his death while other kids were unlucky to be with the kid at the time of the incident. 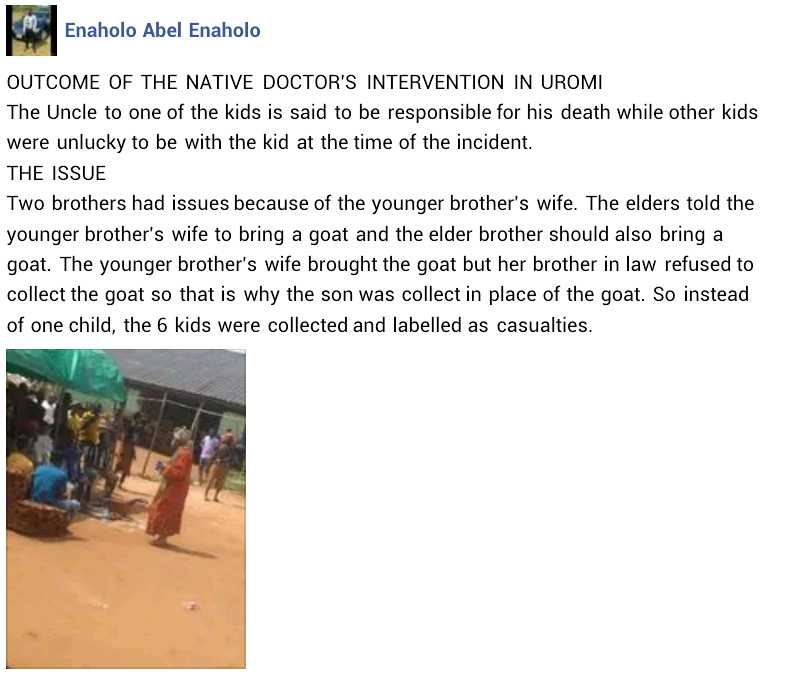