Home News Feed Nigerian lady recounts how a man who invited her on a date...
Facebook
Twitter
WhatsApp

A young Nigerian lady has told the story about how a man who invited her on a date paid for only himself because she came with her friends. 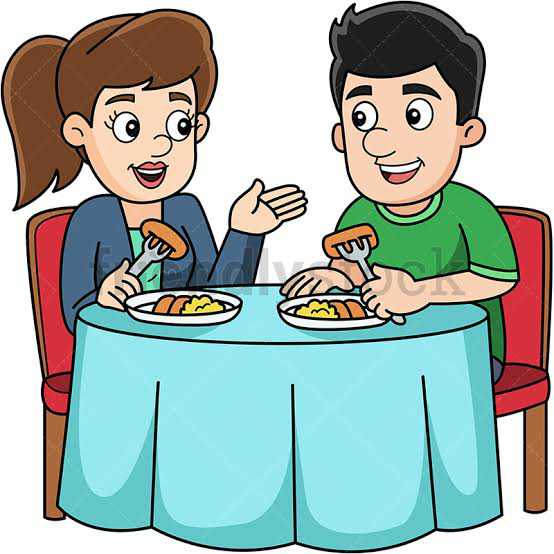 The lady identified with the username @reddishwine3 on Twitter, said she went on a date with a man but the man paid for only himself because she came with her friends.

The lady lamented that the man would have paid the bills and politely tell her not to bring her friend to their date again.

She wrote; “ I went on a date with this guy and he paid for himself alone because i brought two of my friends. Omoh some men are heartless”

Reacting to the tweet, Twitter users blasted her for bringing her friend as they applaud the man for paying for his own food.

She later claimed those attacking her are being unfair to her.

She wrote: All of u blaming me it is unfair na

A gentleman would have paid the bills and tell me politely after the date. That’s the best thing to do and not to just act so immature.

Some men love dates with friends and some don’t. So next time i will always ask before taking my friends 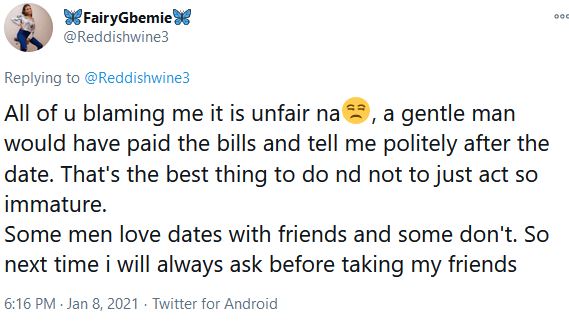