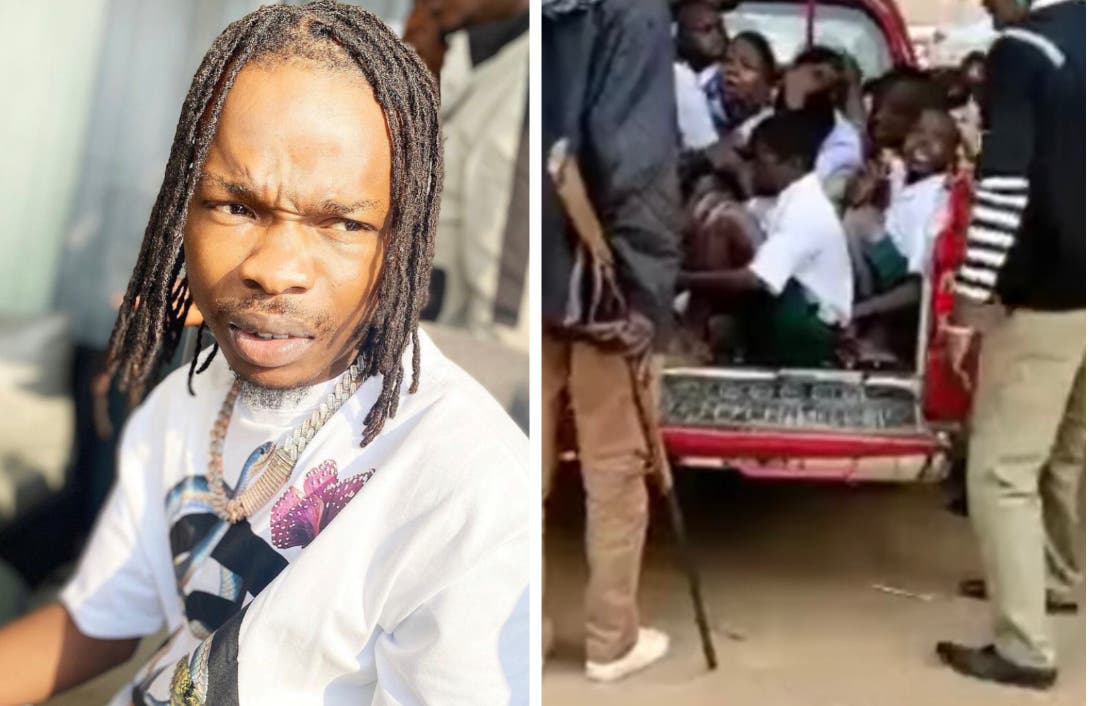 Nigerians on Twitter have reacted to the viral video showing male secondary school students packed in a van by Amotekun for allegedly behaving like Naira Marley.

The video shows the Amotekun operatives promising to deal with the students and teach them a lesson for being unruly in school.

The camera then focuses on an SS3 student who, from the teachers’ words heard in the background, is the chief Naira Marley protege.

Some JSS2 students could be heard saying that they are not a part of the gang behaving like Naira Marley in school, but their pleas fell on deaf ears.

A few Nigerians are angered by the video, claiming that children are not meant to be arrested by such a strong vigilante force.

Some others support the arrest of the male students, stating that it will serve as a deterrent to others.

Amotekun arresting and Using guns to pick up kids in junior school because they behave like Naira Marley. This country is really fuked up!!!

Parading minors with guns in front of cameras just because they behaved like Naira Marley. Not like they even stole, killed or fought anyone, all they did was just act like the person they cherish. How did we get here fgs

Amotekun arrested school kids who are Naira Marley fans. Whereas, Fulani are terrorising Yoruba-land. Sunday Igboho is the man doing their job when they're there arresting kids. Nigeria education have failed us all. Even looking at the leaders. Na to steal money dey their brain.