Fashion blogger and billionaire heiress, Temi Otedola, has celebrated as her relationship with Mr Eazi enters its fourth year.

The rising actress took to her Instagram story on Saturday to share the picture that was shared to mark their third year anniversary and captioned it:

Information Nigeria recalls the 24-year-old revealed that the singer was rude to her during their first meeting. They had met at a show headlined by DJ Cuppy, who also happens to be Mr Eazi’s friend, in London.

Read Also: ‘I Don’t Have Money, But I Have You’ – Mr Eazi Tells Temi Otedola (Video)

Temi tried as much as possible to be friendly towards Eazi at the event but he gave her a cold shoulder. They later exchanged numbers and frequently communicated via WhatsApp. 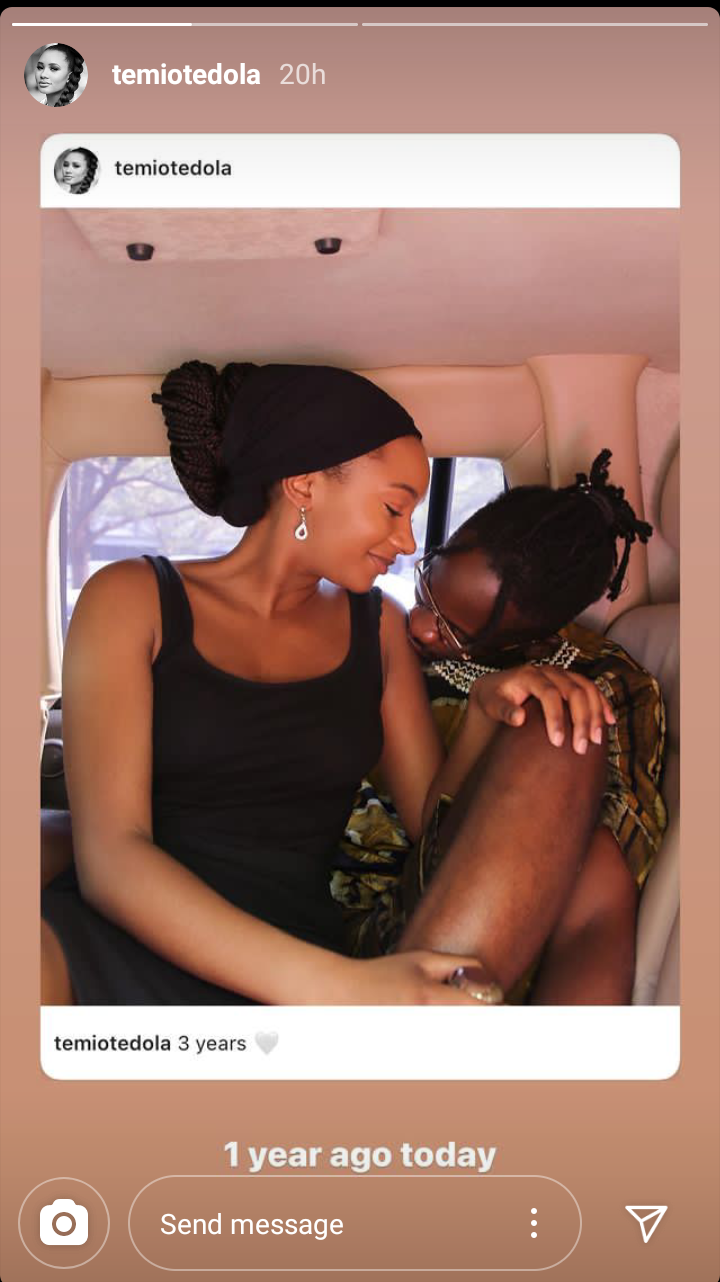