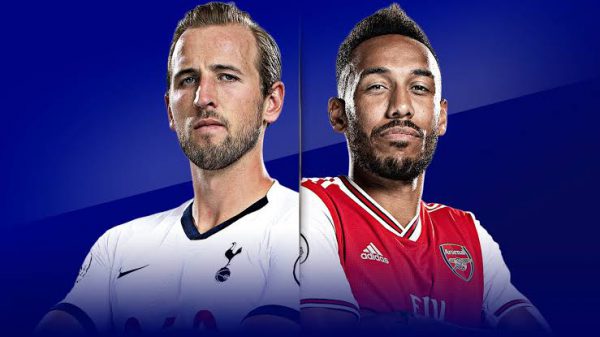 The rivalry between Arsenal and Tottenham Hotspur is one of the most famous and fiercest rivalries in world football. Both the two London sides have come up against each other 202 times, with the Gunners prevailing in 82 matches while Spurs winning 66 times.

1- Arsenal 4 Tottenham Hotspur 1 (2010)
Football fans saw plenty of fireworks when the North London Derby rivals clashed with each other at White Hart Lane in 2010. The Gunners dominated proceedings in the first half and deservedly scored through Henri Lansbury’s strike in the 15th minute of the game.

However, their fierce rivals came back stronger after the interval and restored parity with substitute Robbie Keane providing the equalizer. The match took a huge turn in the extra time as Arsenal struck two quick goals to put the game beyond Spurs.

Samir Nasri got two penalty opportunities and both times he made no mistakes to score. Arshavin fired in a fourth to make it an emphatic score-line.

For Arsenal fans, nothing is more enjoyable than humiliating their fierce rivals. Even a jackpot at Blackjack would probably not be that pleasant for the ardent supporters of the Emirates Stadium. And in 2012, they were at their destructive best and provided a breathtaking display of football to their fans.

Tottenham came into this match hoping to claim back-to-back league victories at the Gunners’ home, and they got themselves in a great position of victory as Louis Sahaand Emmanuel Adebayor both found themselves on the scoresheet within 34 minutes of the game. However, their London rivals didn’t surrender meekly and made a stunning comeback that football fans would remember for years.

The Gunners hauled themselves level before the interval, thanks to Bacary Sagna’s header and a superb strike from Robin van Persie. And in the second half, ArseneWenger’s side stunned their opponents with a spectacular display. Tomas Rosicky struck a goal and that charged Theo Walcott into action, with the England international scoring a quickfire double to put the game beyond Spurs.

Arsenal were under so much pressure after their Champions League humiliation and FA Cup exit, but they bounced back emphatically in the North London Derby to claim the bragging rights.

3- Arsenal 2 Tottenham Hotspur 0 (2014)
By January 2014, Arsenal fans were growing increasingly disgruntled with their team’s failure to win a trophy. The FA Cup was viewed as an opportunity for the Gunners to appease their supporters, but the draw seemed unkind.

Despite Garth Bale’s departure, Tottenham could still boast quality in their ranks and were expected to give them a tough challenge. However, Arsene Wenger’s side completely dominated the match and at no point looked in danger of losing. Santi Cazorla opened the scoring with a powerful finish before Tomas Rosicky took full advantage of Danny Rose’s dreadful error to smash a goal and win the game.