Home News Feed Elderly Woman Takes Over Bus After Driver Refused To Give Her And...
Facebook
Twitter
WhatsApp

A video making the rounds online has shown the moment an elderly woman hijacked a commercial bus in Lagos. 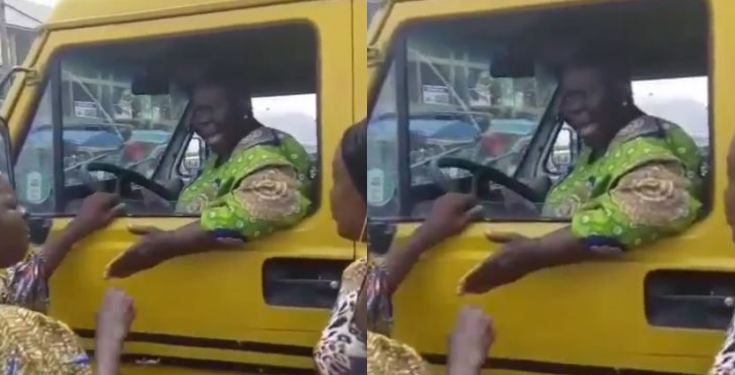 The elderly Nigerian woman has now gone viral after she was caught on camera hijacking the commercial bus following a disagreement with the bus driver.

A Twitter user with handle, @iamprofstar who shared the video online, said the incident happened because the driver failed to drop his passengers at Orile Bus Stop along the Lagos-Badagry Expressway and refused to give them their balance.