Two Nigerians face between 2 and 10 years in a US prison after they were charged to court for scamming a 63-year-old woman Texas woman in a romance scam.

The woman was duped out of $100,000 in a catfishing scam where she was led to believe she was dating pop star, Bruno Mars.

Alleged fraudster Chinwendu Azuonwu, 39, a Nigerian national and permanent resident of Houston, appeared in court on Tuesday, Feb 9, accused of impersonating Mars on Instagram as part of the scam to swindle the victim out of her savings. 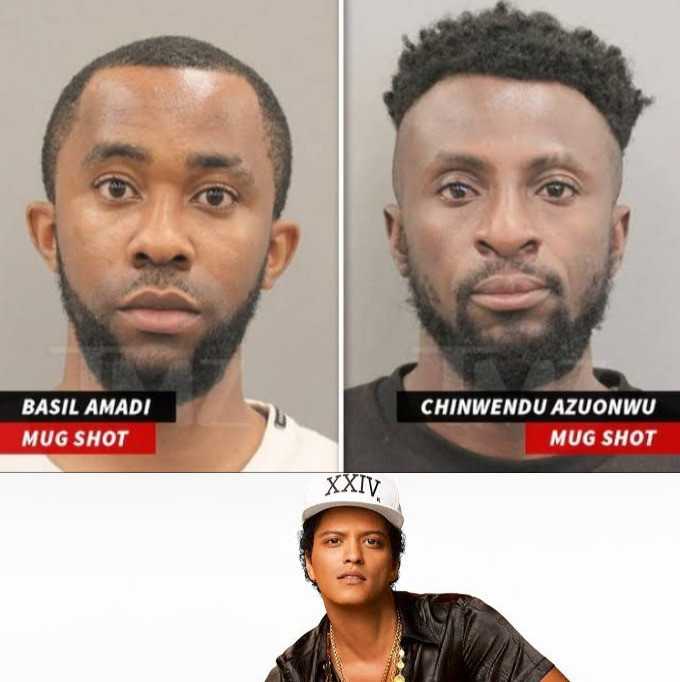 In court documents, his co-conspirator was identified as Basil Amadi, 29, also a Nigerian national. 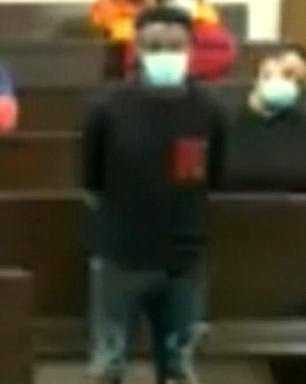 The victim, a resident of North Richland Hills, Texas, told police that in 2018 she created a profile on Instagram “in search of companionship.”

She then made contact online with someone claiming to be Bruno Mars. During these interactions on Instagram and Google Hangouts, the woman told investigators that she “fell in love” with the person she thought was Mars. 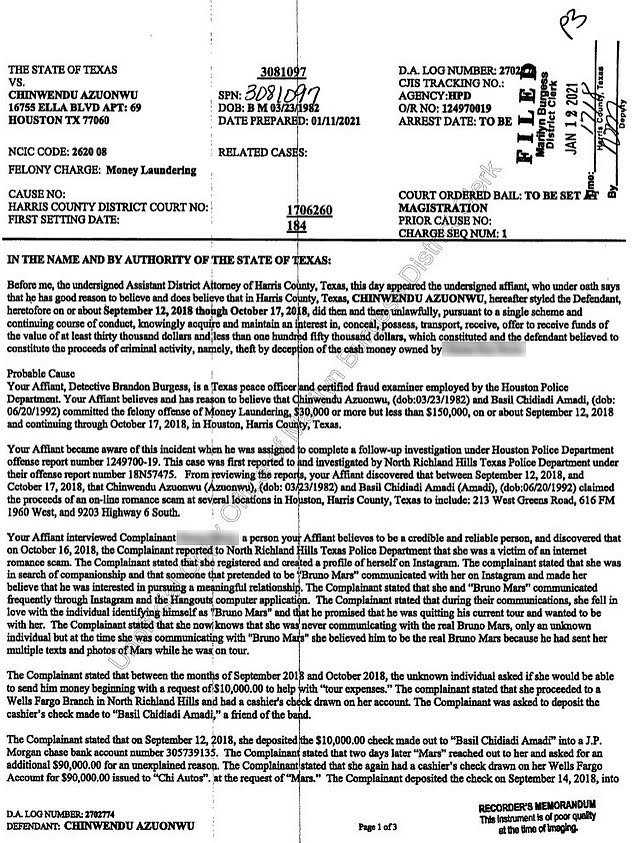 In addition, “Mars” told the woman that he planned to quit his tour so that he can be with her.

The woman told police that she believed at the time that she was communicating with the 11-time Grammy Award winner after she received text messages showing Mars performing while he was on tour. 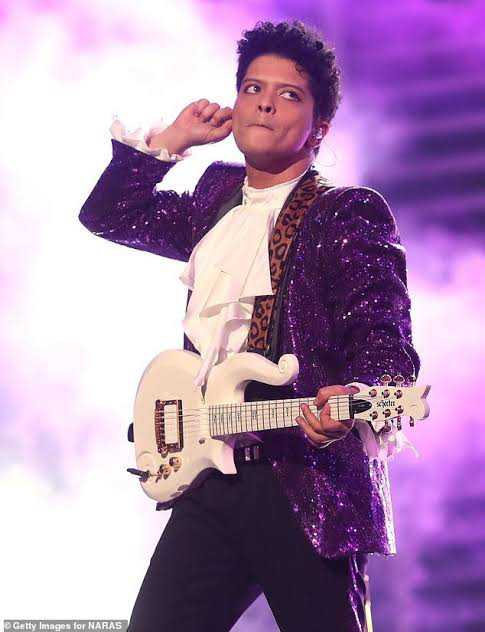 In September 2018, “Mars” asked the woman to send him a $10,000 check to help cover touring expenses, according to police.

The woman agreed. She went to a local branch of the Wells Fargo bank in North Richland Hills and withdrew a cashier’s check made out to “Basil Chidiadi Amadi,” a person described as a “friend of the band,” according to authorities.

The woman deposited the check into an account at JPMorgan Chase.

The woman then returned to her bank and withdrew a cashier’s check that was made out to “Chi Autos” – “at the request of ‘Mars’.”

The second check was deposited on September 14, 2018, into a separate bank account at JPMorgan Chase, according to investigators.

They then ran their names through the database of drivers license holders and found their pictures.

According to Harris County prosecutors, Azuonwu acknowledged that he was the owner of one of the bank accounts in question, though he denied ever knowing Amadi.

He also said he did not know how $90,000 was deposited into his account, according to the criminal complaint.

Amadi also told investigators that he did not know Azuonwu. He also could not explain the source of the $10,000 payment that appeared in his bank records.

If convicted, each of them face between two and 10 years in state prison.