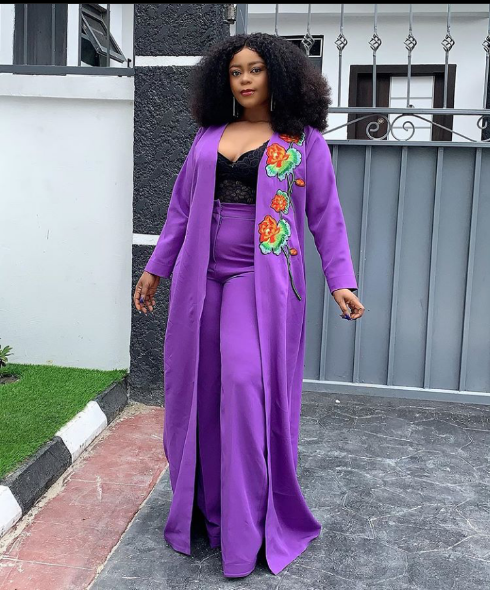 Nollywood actress, Didi Ekanem has taken to her Instagram Story to share what she heard about marriages in Lagos.

The movie star wrote that she was told that a lot of marriages in Lagos are not working and the few that seem okay are just being patched up.

The actress also noted that it’s a shocking revelation. In her words:

”Last night I was told that 80 per cent of marriages in Lagos are not working. And the ones that seems like they are working are just being patched up. I have been thinking what could be the reason? It’s scary o!” 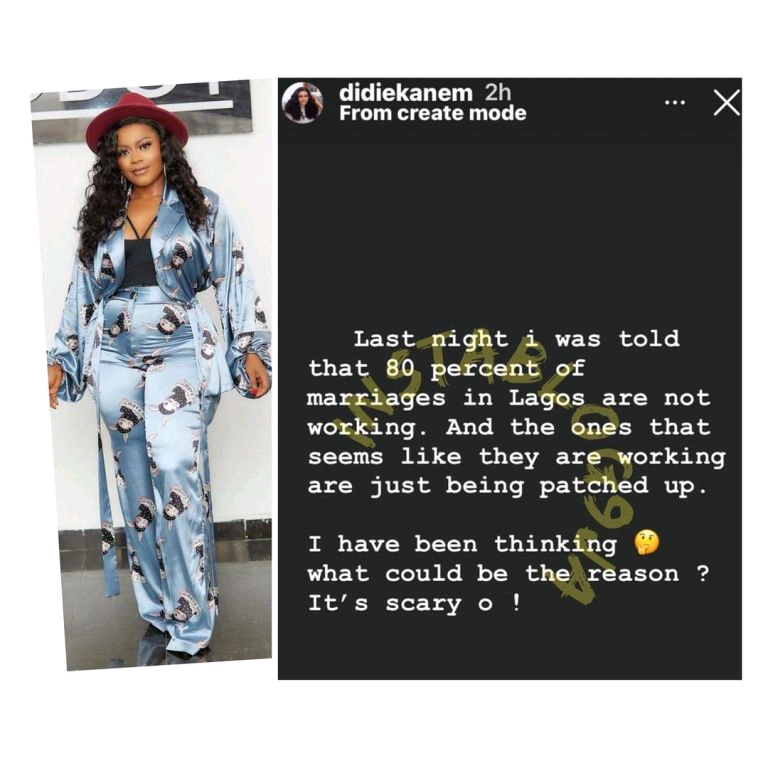