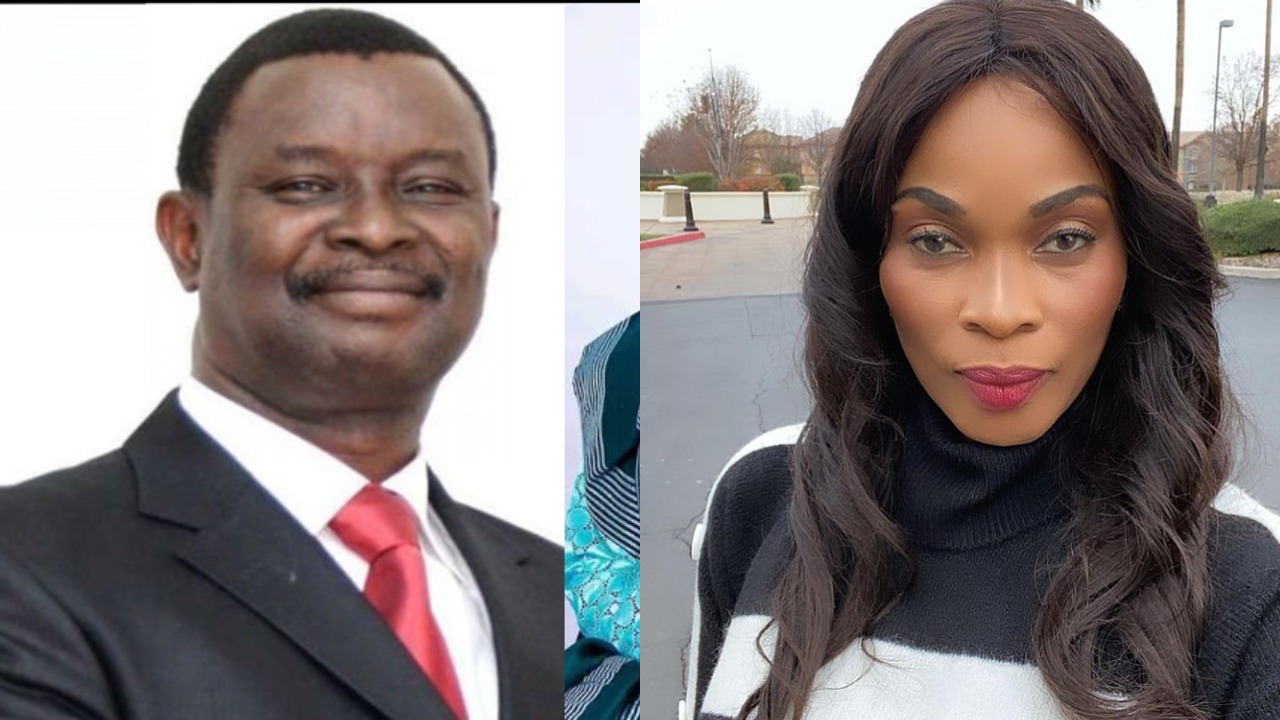 US-based Nigerian actress, Georgina Onuoha has taken to her Instagram account to explain the definition of true feminism to popular clergy and film actor/filmmaker, Mike Bamiloye.

The movie star gave the President and Founder of Mount Zion Ministries some insight into the essence and importance of feminism via a lengthy caption.

This is after the clergy had taken to his social media accounts to discredit feminism by saying that women who become feminists plan to destroy their marriages.

”Feminism is a range of social movements, political movements, and ideologies that aim to define and establish the political, economic, personal, and social equality of the sexes. Feminism incorporates the position that societies prioritize the male point of view, and that women are treated unjustly within those societies.

“Efforts to change that include fighting against gender stereotypes campaign for women’s rights, including the right to: vote, hold public office, work, earn equal pay, own property, receive education, enter contracts, have equal rights within marriage, and maternity leave. Feminists have also worked to ensure access to legal abortions and social integration, and to protect women and girls from rape, sexual harassment, and domestic violence. Changes in female dress standards and acceptable physical activities for females have often been part of feminist movements.

“So dear ignorant Nigerians before you come on my page to spew your ignorance, go educate yourself on feminism rather than listen to your pastors enjoying that same feminism and their wives achievements while telling you otherwise.

“Nigeria pastors have mastered the acts of subjugating women with their teachings rather than teach both men and women what it is. Religious leaders have failed our society as a whole. Pastors lies, what has changed in our society? Nothing, rather we’ve learned not to empower our daughters, are women are solely dependent on men which has created room for so much abuse in our society. So before you bring your dead self to my page, be warned.

Read Also: ‘America Is An Experiment, Not A Perfect Union’ – Actress Georgina Onuoha

“And to the stupid women coming on here to spew ignorance, no wonder most of you have been reduced to kayamata instead finding yourself, empowering yourself and building yourself. @mikebamiloye this is what feminism is. You’ve enjoyed such with your wife and I pray your daughter enjoys same so she can use her voice well. How you people preach such ill theology baffles any sane person. When the Bible tells you to give a woman her place. Let’s not reduce our wives and daughters to property than can be owned and hence not allowed to advocate nor speak up when issues or matters arise that affects them.”