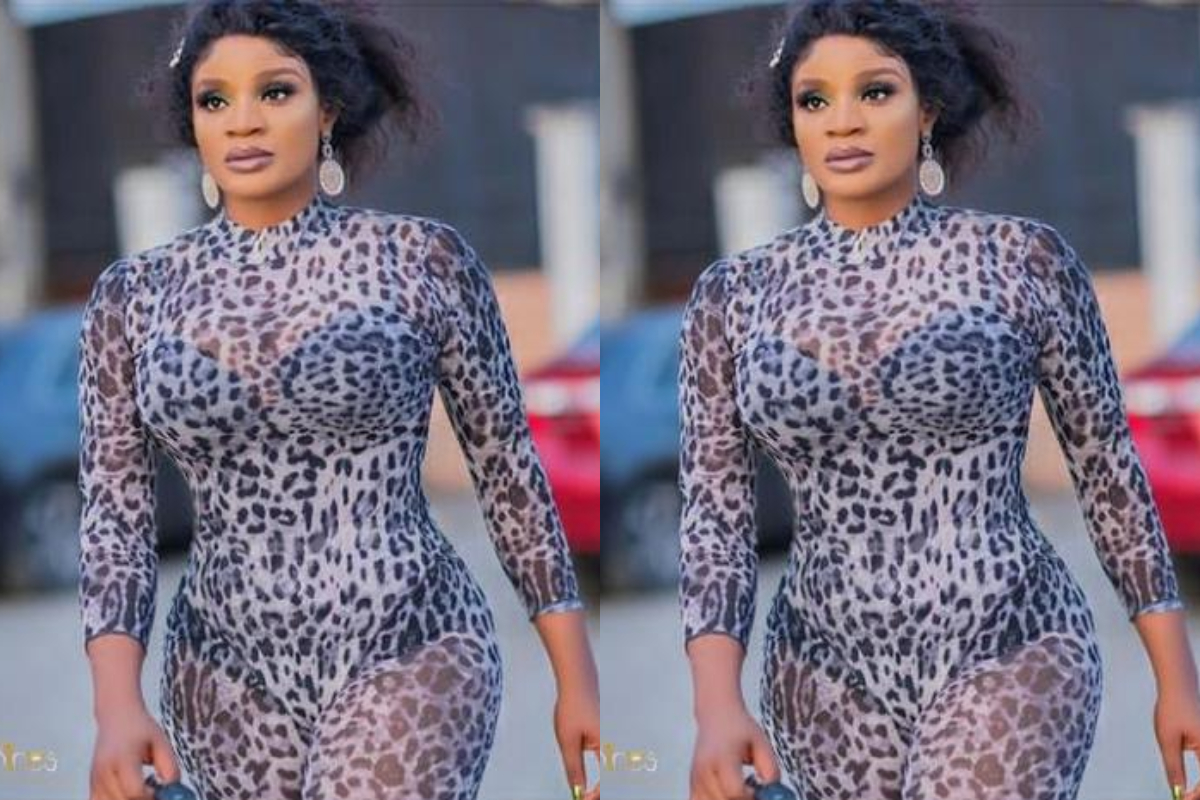 Nollywood actress, Uche Ogbodo has found time to reply to a troll who criticized her for wearing a see-through outfit.

The movie star had shared a photo of herself in a lovely animal print see-through gown on her Instagram page.

A troll who saw the picture and felt like dropping a piece of unsolicited advice in her comments section told the actress to stop wearing such clothes because she has passed the stage of posting such photos.

Read Also: #BeLikeNgoziChallenge Is About The Brain, Not Clothes – Actress Uche Ogbodo

‘‘Must you… u don pass this kind pix na”

The actress then simply replied that the follower is not okay.