The 36-year-old singer became the topic of discussion on Twitter following the alleged sex tape leak.

Reacting to the situation, the Grammy-nominated musician flooded his Instagram feed on Wednesday with a couple of his photos of himself staring at his mobile with a confused look on his face. He also captioned them with a flushed-face emoji.

In a follow-up post, he shared a photo of himself and he wrote;“Link in bio wit yo curious ass”

Trey Songz also posted a video showing him limping as well as two more pictures of him with his hands down his pants with the caption; “I walk wit a limp cause …”

The rapper is no doubt having a field day on social media even though he is yet to confirm or deny if he is really the one in the video. 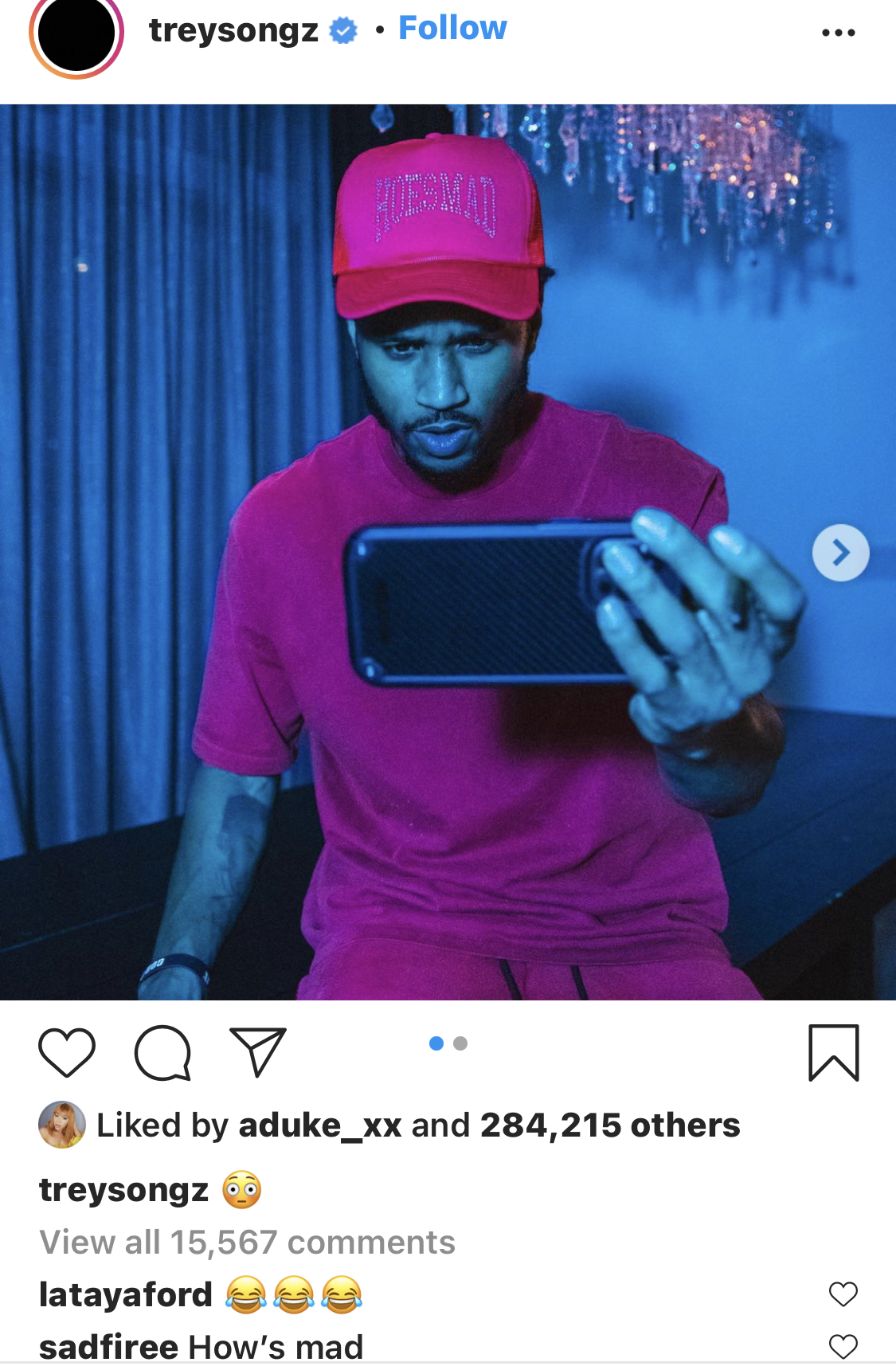