Popular crossdresser, Bobrisky and actress, Nkechi Blessing Sunday have called out each other on social media.

The feud began after Sunday apologized to the fan she recently chastised for tattooing her name on her body.

Following the public apology, a follower left a comment that insinuated that the actress simply apologized because she is afraid of Bobrisky.

“Abi you and Bobrisky dey mad? You want make I swear for you?”

Bobrisky fired back as he dragged the actress for filth. He warned the film star not to talk about about him again.

“Nkechi or whatever your names is called !!!! I like my space and peace a lot, that is y I don’t follow people here, but when you crossed your lane you are definitely waking a dangerous python up, I know you and clout are 5 and 6 and we are both SHAMELESS!!!! So let roll d dice. Never in your life mention my name on ur stupid page again !!!!! I repeat if u nor wan make sango and Ogun strike your whole generation. If you have any issue with me be brave and face me let roll d dice. Na me say make you they do audio giveaway for your page ? Or na me swear for you not to have money to appreciate your so called fans for writing your name. If that person that wrote your name know how broke you are she won’t even dare. ABEG I’m not part of d people you share your pu***y palliative too o ! So it easy to drag you like I pass my neighbor generator. I will be expecting your reply on dis so I can now fire  back all your bad records. Guys go and get your popcorns and drink  ready !!!! It’s about to be lit”

Things got heated as the actress quickly clapped back at the crossdresser and she dropped her mic when she was done.

The crossdresser defiantly responded and he continued to attack the actress. 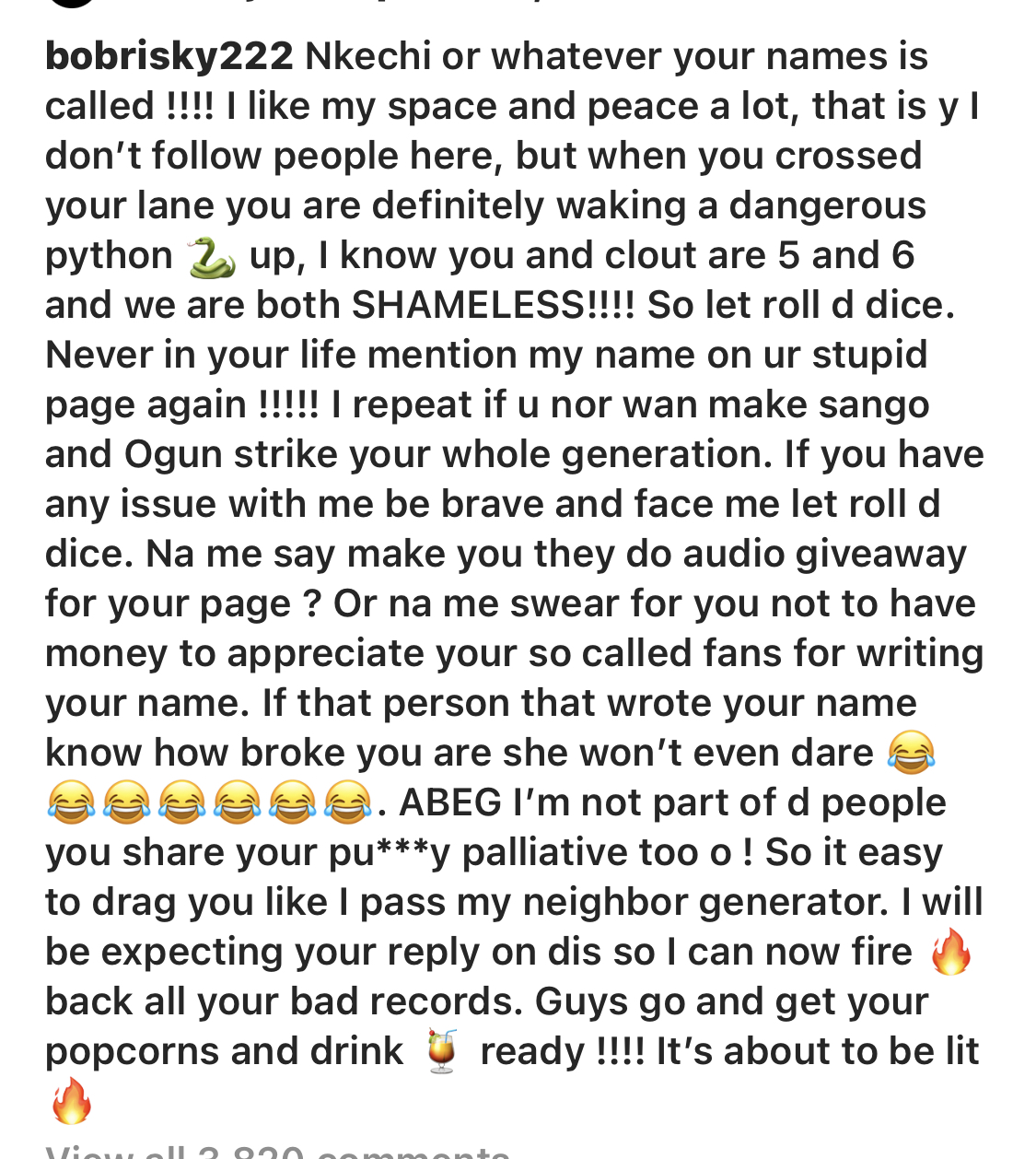