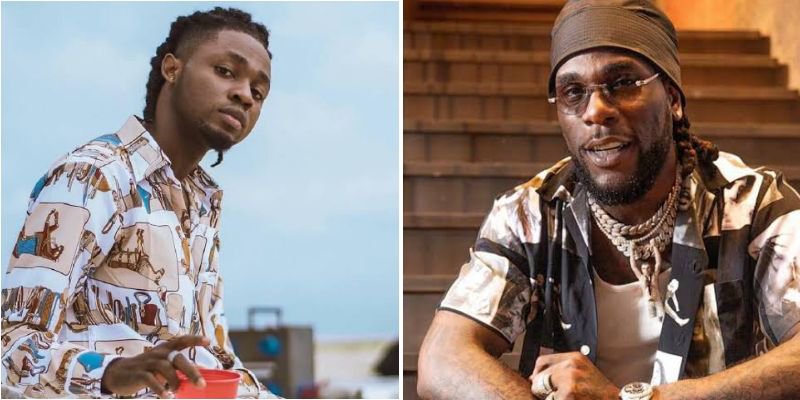 Nigerian acts, Burna Boy and Omah Lay have been spotted together in a video making the rounds on social media.

Both singers who had their background in Port Harcourt could be seen having a friendly conversation as Burna Boy seemed interested in talking with the ‘Godly’ crooner.

Information Nigeria earlier reported that a man took to Twitter to call out the self-proclaimed African Giant after his car was bashed by Burna Boy’s convoy in Lekki.

The young man expressed his disappointment over the incidence, further stating that he is a fan of the ‘Way Too Big’ crooner but the experience with his convoy has shaken him.