Nigerian entertainer, Florence Otedola better known as DJ Cuppy, has taken up legal action against Davido’s aide, Israel Afeare over his comments regarding her feud with Zlatan Ibile.

Information Nigeria recalls that weeks ago, he had alleged on Instagram that singer, Zlatan Ibile didn’t make a dime from his collaboration with the disc jockey. He also alleged that Zlatan Ibile was left to fund his bills after the disc jockey invited him to Abuja for her fundraiser event.

DJ Cuppy responded to the allegations and she threatened to sue him for libel and defamation.

In a new development, DJ Cuppy’s lawyers has served Israel Afeare a legal notice, asking him to retract his statement and tender an apology to their client.

The disc jockey has also requested for a letter of undertaking to cease and desist from publishing these allegations or similar allegations. The letter includes that he will compensate her or further actions will be taken against him.

See the letter below: 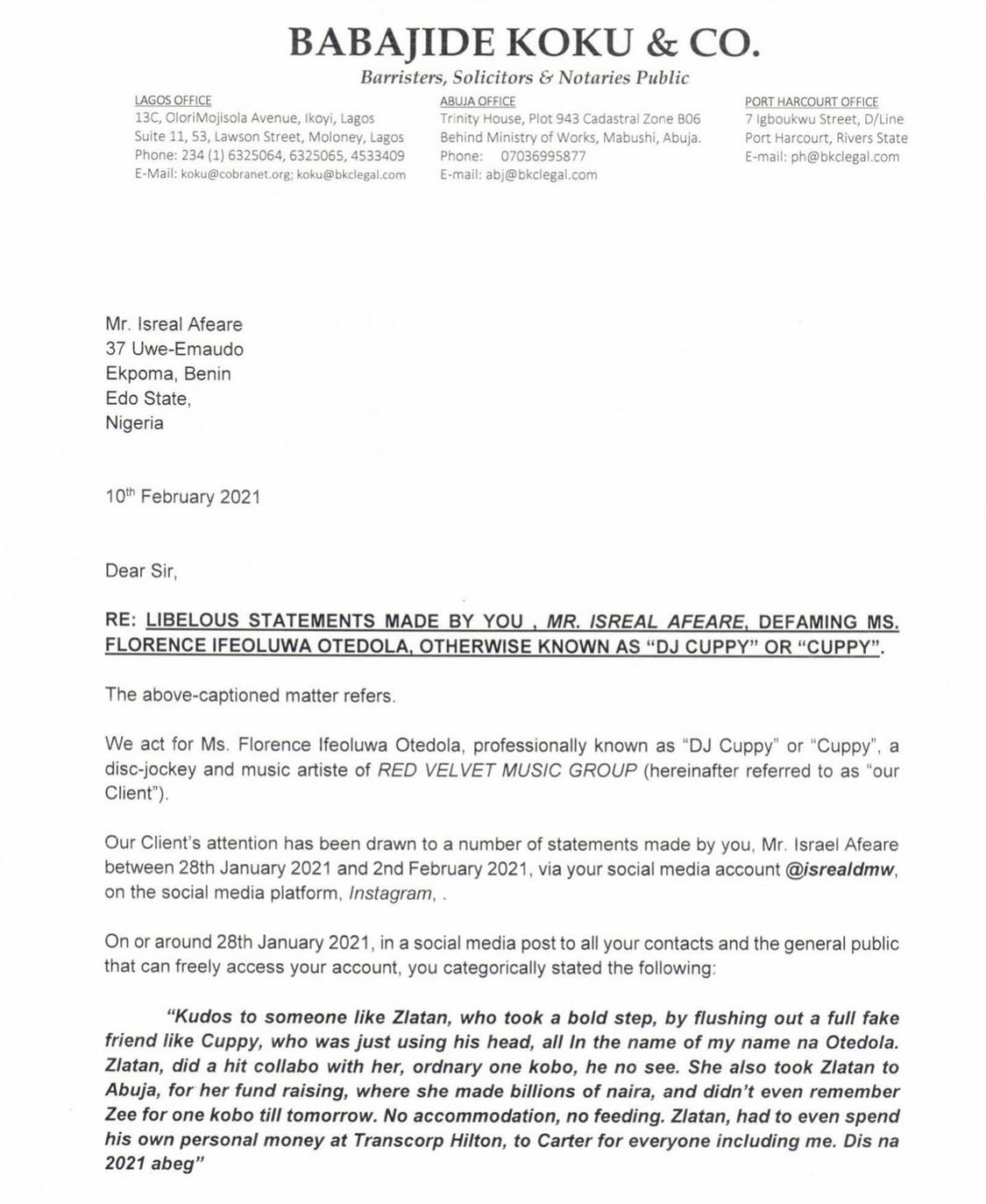 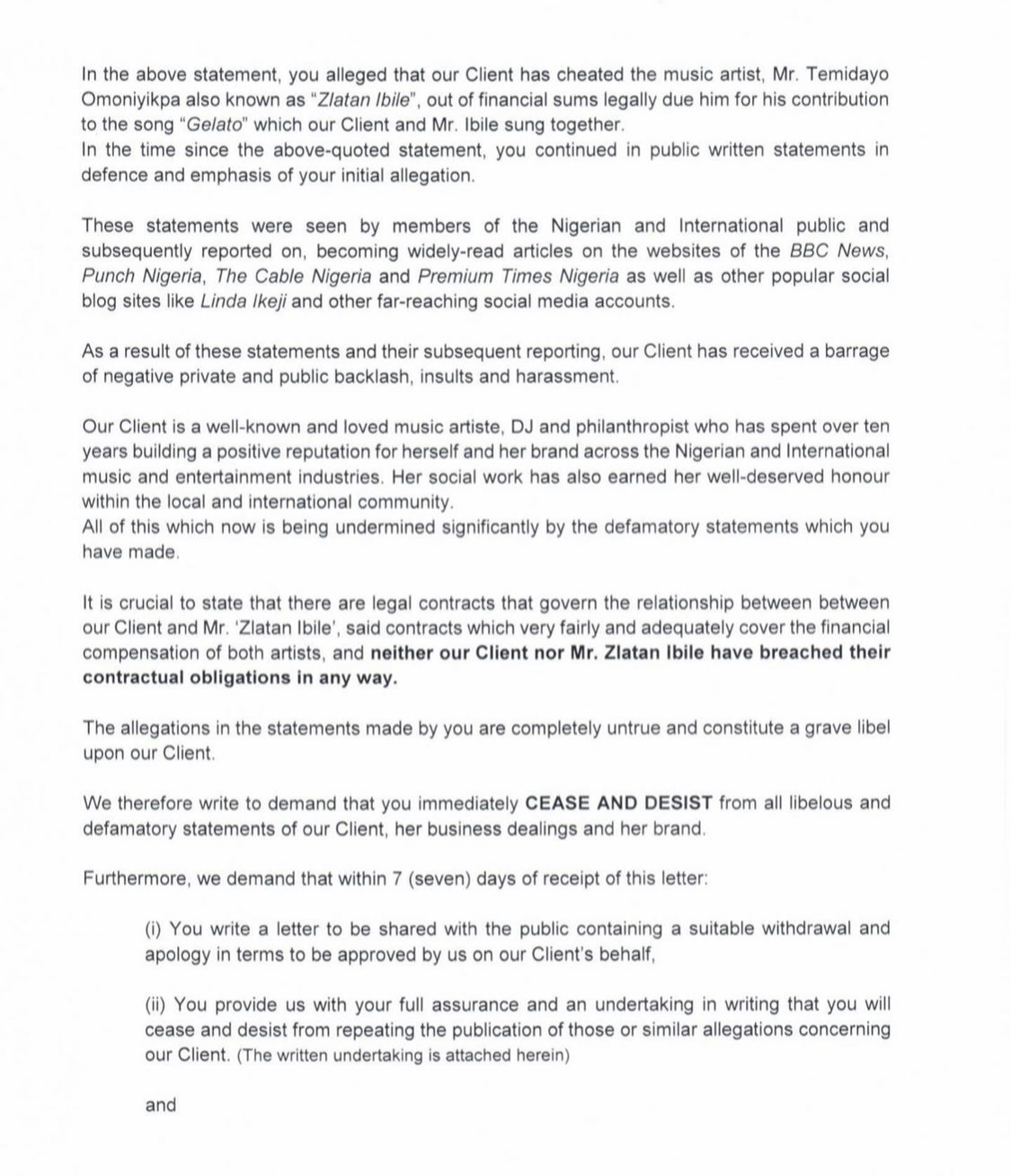 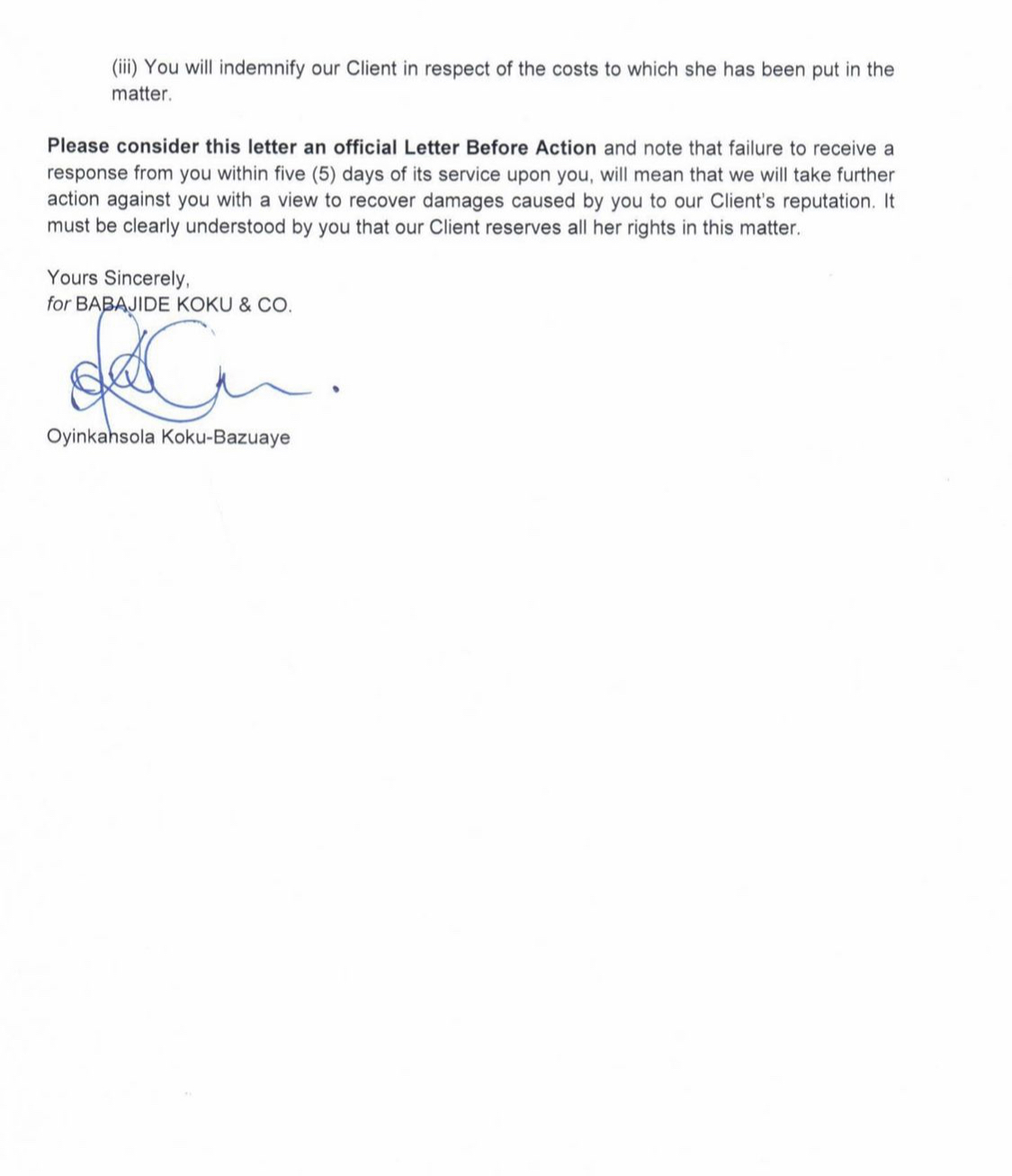