Former Big Brother Naija housemate, Kim Oprah, posted a couple of sultry photos of herself via Twitter on Friday.

In the photos, the reality star, who spending time out in Ghana, stepped out for an event and she rocked a revealing outfit.

Reacting to the photos, some fans swooned over the outfit and they praised the reality star in the comments. 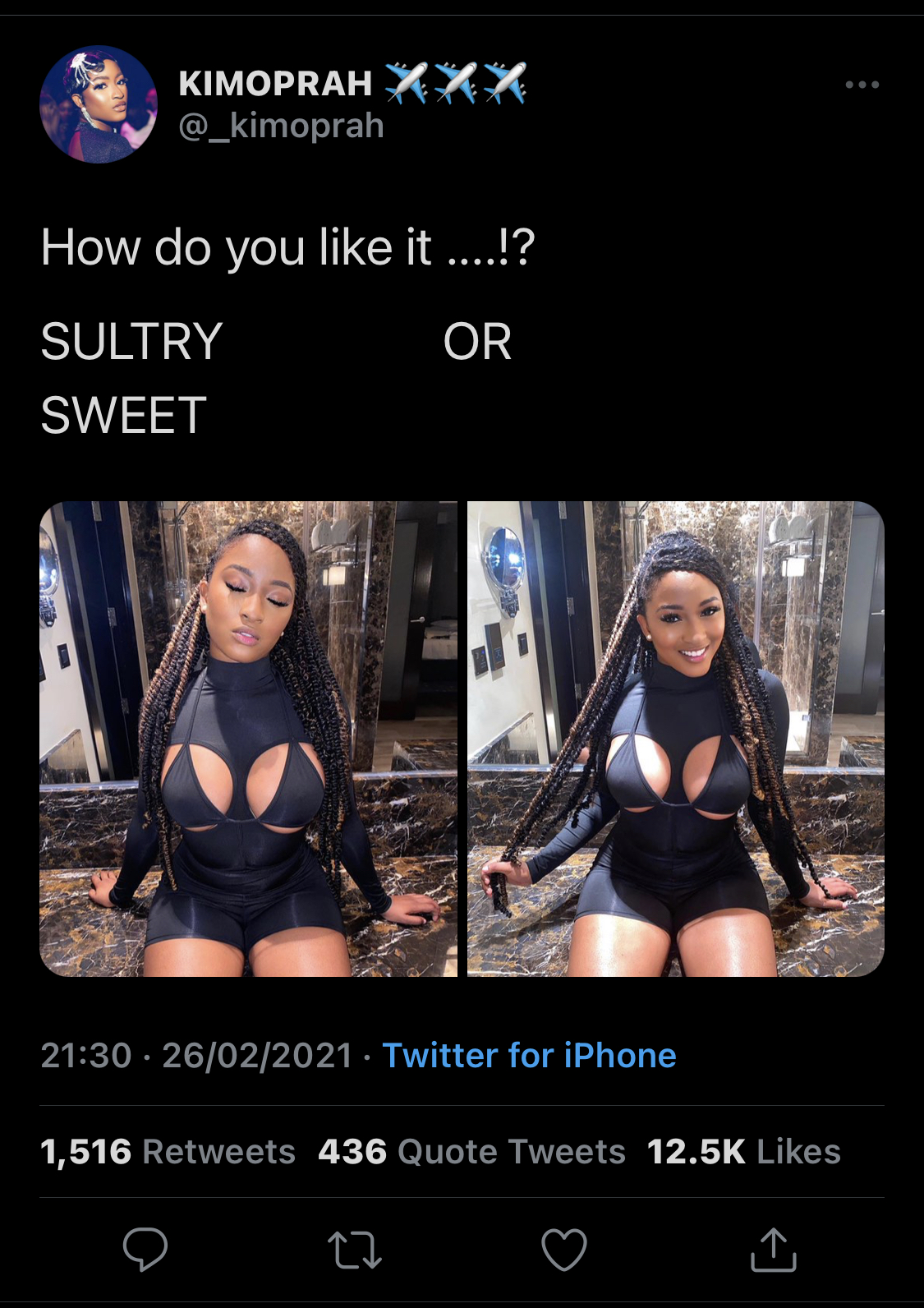