Home Special Reports ‘Getting Tested Is No Longer Free, I Had To Use Herbs’ –...
Facebook
Twitter
WhatsApp 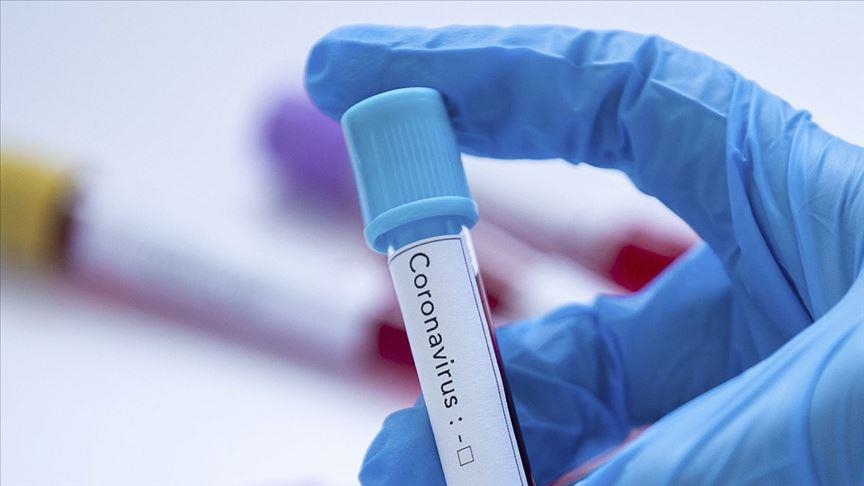 “Getting tested despite my obvious symptoms was very difficult. It was as though the testing equipment were being hoarded just as they did with the palliative.

“It was no longer free. And I didn’t have the amount demanded by the laboratories I went to.

“After calling the state helpline, I did not get a response and I needed the results presented at the office to obtain a sick leave…”, Yetunde, a COVID-19 survivor narrates her experience in an exclusive interview with Information Nigeria.

The novel coronavirus first hit Nigeria in February 2020, with the first case being that of an Italian citizen who traveled back to Nigeria from Milan, Italy on the 25th.

According to the official report issued by the Nigeria Centre for Diseases Control (NCDC), the index patient was quarantined at the Infectious Disease Hospital in Yaba, Lagos after displaying mild symptoms upon confirmation of the diagnosis on the 27th.

The Federal Ministry of Health immediately swung into action as a public message was passed to Nigerians stating that precautionary measures be adhered to in order to contain the spread of the virus. These include frequent washing of hands in the absence of hand sanitizers, wearing a face mask in public, and observing physical/social distancing.

In response to COVID-19, governments around the world, including Nigeria, adopted lockdown measures to curtail the spread of the coronavirus. As expected, these measures were generally unfavourable to businesses and livelihoods. Nigeria is yet to recover from the blows to its already faltering and largely informal economy.

The end of the first wave of the COVID-19 pandemic coincided with the mass #EndSARS protests in major cities – including Lagos and Abuja – across the country. This period saw Nigerians troop out in large numbers to protest against police brutality without fear of the virus. And, despite the government’s warnings and pleas that the large gatherings at protest grounds would result in mass infections, the protests continued with an apparently greater aim on the minds of the protesters – an end to the injustice meted out by inhumane officers meant to protect lives and property.

Shortly after the protests came to an end, many Nigerians returned to their daily activities with sober minds considering the destruction that characterized the last phases of the demonstrations. The immediate concern at the time was no longer containing the spread of the virus but finding succour for the loss of lives and property.

Hence, citizens threw caution to the winds and relaxed on adhering to the preventive measures as they went about without nose masks in public. Physical distancing soon became a thing of the past as public transport vehicles could be seen carrying above the stipulated number of passengers. Frequent handwashing also stopped.

This continued until the number of positive cases began to increase exponentially and health care workers were left with no choice but to raise alarm and resume the awareness both offline and online. They also made a shocking revelation: the virus is not just being spread at a faster rate during the second-wave but it is also killing infected persons at a much quicker rate.

A survivor who did not believe in the existence of the virus until she experienced the harrowing symptoms revealed that it was an experience she does not wish upon anyone else, not even her enemies.

She simply identified herself as Yetunde and went on to explain the difficulty in accessing test kits despite her frequent trips to the nearest private medical centre.

According to her, “getting tested despite my obvious symptoms was very difficult. It was as though the testing equipment were being hoarded just as they did with the palliative.

“It was no longer free. And I didn’t have the amount demanded by the laboratories I went to.

“After calling the state helpline, I did not get a response and I needed the results presented at the office to obtain a sick leave.”

“I had to use the herbs at my disposal. My mum was of great help to me. She gave me local herbs to drink – I can’t even remember what she called them. I also tried to stay away from the AC despite my love for being in a cold environment.

“It was hard to breathe or even eat because I couldn’t taste anything. I thought I was going to die. My fears also increased when I heard that the oxygen ventilators were not enough to go round for all patients.”

She finally advised Nigerians to stay away from crowded areas. “Don’t go out if it is not absolutely necessary. If you must, wear a mask, please! COVID-19 is real. Don’t play with your life. The second wave is here and it is dangerous.”

Popular online doctor, Dr Funmilayo, raised an alarm about the dangers of the second wave of the pandemic.

He wrote on his Twitter page: “Yesterday 23 people died in Nigeria from Covid-19. That’s the highest we had since 2020. On June 16 2020, we had 21 deaths and yesterday is the first time after 7 months we broke that 24 hour death record. The second wave is officially here. Don’t downplay this virus. I beg you.”

His tweet is in light of the public opinion that the virus is not real. However, the blatant flouting of COVID-19 preventive measures by many Nigerians indicates that although they are aware of the virus, they do not care due to the circulating claims of herd immunity.

However, the increasing numbers and higher mortality rate that do not seem to scare the general public is a source of worry for health care workers who are privy to the dangers of the second wave. A health care worker who pleaded anonymity said there is a shortage of oxygen at the Lagos University Teaching Hospital (LUTH). She said:

“Lagos is in trouble now. The spike in cases is overwhelming the system. The B blocks closed in LUTH after the first wave, has now been reopened.

“Do you know that they are now full of COVID-19 patients struggling for their lives?

“Oxygen is now in short supply. Provision of oxygen to the patients is critical to staying alive.

“As I’m speaking to you right now, all non-emergencies in LUTH have been suspended and all resources are channelled to COVID-19 care”, she added.

Another COVID-19 survivor who shared her horrendous experience with Information Nigeria said she didn’t know she had the virus and thought it was just malaria.

“I was at work when I started feeling very feverish. It felt unusual because I’m an AC freak and the temperature wasn’t cold enough for me to be feeling feverish. It continued even after I turned off the AC.

“Then, I began to feel extremely weak and had no other choice than to go home. I took a malaria drug for that day. The whole thing died down and I became better.”

She continued: “Three, four days later I noticed I lost my smell and I couldn’t taste. I was also always out of breath. My mum made me believe it was the side effect of the malaria drug I took.

“I believed her not until my friend who is a doctor said it’s obvious I had Covid-19. The mere thought of not being able to smell drove me nuts. I couldn’t climb the stairs without being out of breath.”

Asked if she self-isolated during the period, she said: “I didn’t stay at home throughout. My boss didn’t want to believe I had Covid. I wasn’t coughing and sneezing – at least not too often.

“I didn’t go to the hospital. But I went to the pharmacy, and I was given a very strong Typhoid drug which I had to take for just one day. I spent N13,000 on malaria and typhoid drugs.”

“COVID-19 is real! I have a friend who about 30 of his colleagues tested positive for COVID. I also have another friend who is presently battling for her life – breathing is really a big problem for her. COVID-19 is real; the second wave is more real and dangerous.”

It has also been reported that the second wave presents more dangers for Nigerians because of the new variant discovered. This more dangerous and deadly variant was found in two patient samples collected on the 3rd of August and on the 9th of October in Osun state, says a working research paper seen by The Associated Press.

With over a hundred thousand overall cases in Nigeria and over 20,000 new cases between January 4 and 17 alone, the second wave indeed calls for more attention and caution.