A Twitter user who goes by the name Chigozirim Emeakayi has berated Igbos for renting and buying lands in the North and South West but wouldn’t sell land to a northerner or any non-Igbo person. 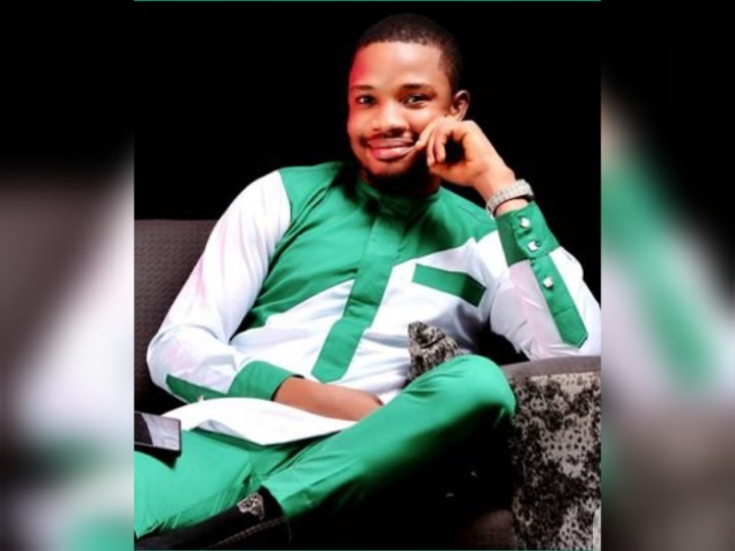 He alleged that Igbos rent and buy substantial plots of lands build houses and business empires. He added that in the South East it would be difficult if not impossible to point at a laded property that is being owned by a northerner, or any other group. He also said that 40% of all properties in Abuja are owned by Igbos despite allegations of marginalization or maltreatment.

“Igbos rent & buy lands in the North and Southwest to build private homes and Business empires but here in the Southeast, you will never see a landed Property owned by a Yoruba or Hausa, because it is a taboo for an igbo man to sell his land to a Northerner or any none igbo.

“So I ask again, how are we being “mistreated” in this country? 40 percent of the Properties in Abuja Capital Territory are owned by Igbos. So what’s whats our plight?” He said.

He further challenged his critics, and added that people saying just abuse you for airing your views instead of countering them. Ok here is the challenge, tell us the name of any Notherner who owns a landed Property anywhere in Southeast and the name of his company and I will delete this account before tomorrow. Your time starts now!

See his tweets below; 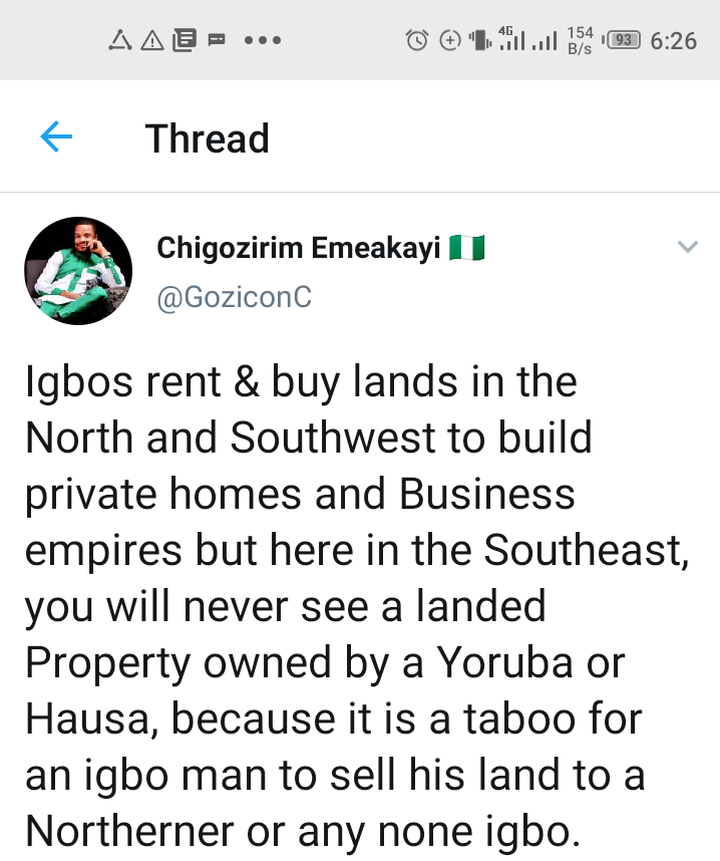 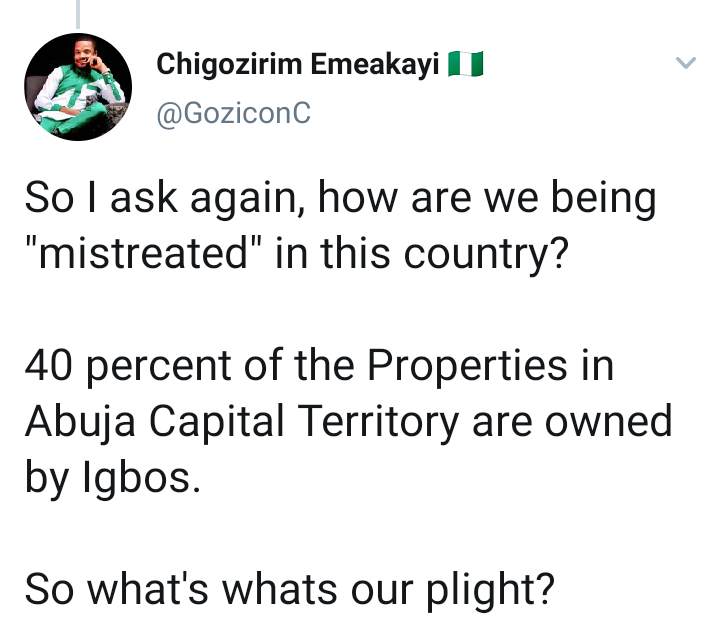