Nigerian musician, Kelly Hansome has vowed to seek revenge against the family of the lady, who he believes murdered his brother.

The singer, whose real name is Kelechi Orji, made this known via his Instagram page on Wednesday.

Taking to the photo-sharing app, the bereaved singer claimed that it was a woman who killed his brother, Bruno and he threatened to seek vengeance.

According to reports, Bruno was recently laid to rest. Kelly Hansome also posted another video where he bitterly talked about the demise of his brother.

Read Also: Kelly Hansome Accuses His Babymama Of Taking Their Daughter To Meet Men In Hotels

Kelly Hansome threatens vengeance on the family and loved ones of the woman he says killed his brother. pic.twitter.com/pgX26WK7wu 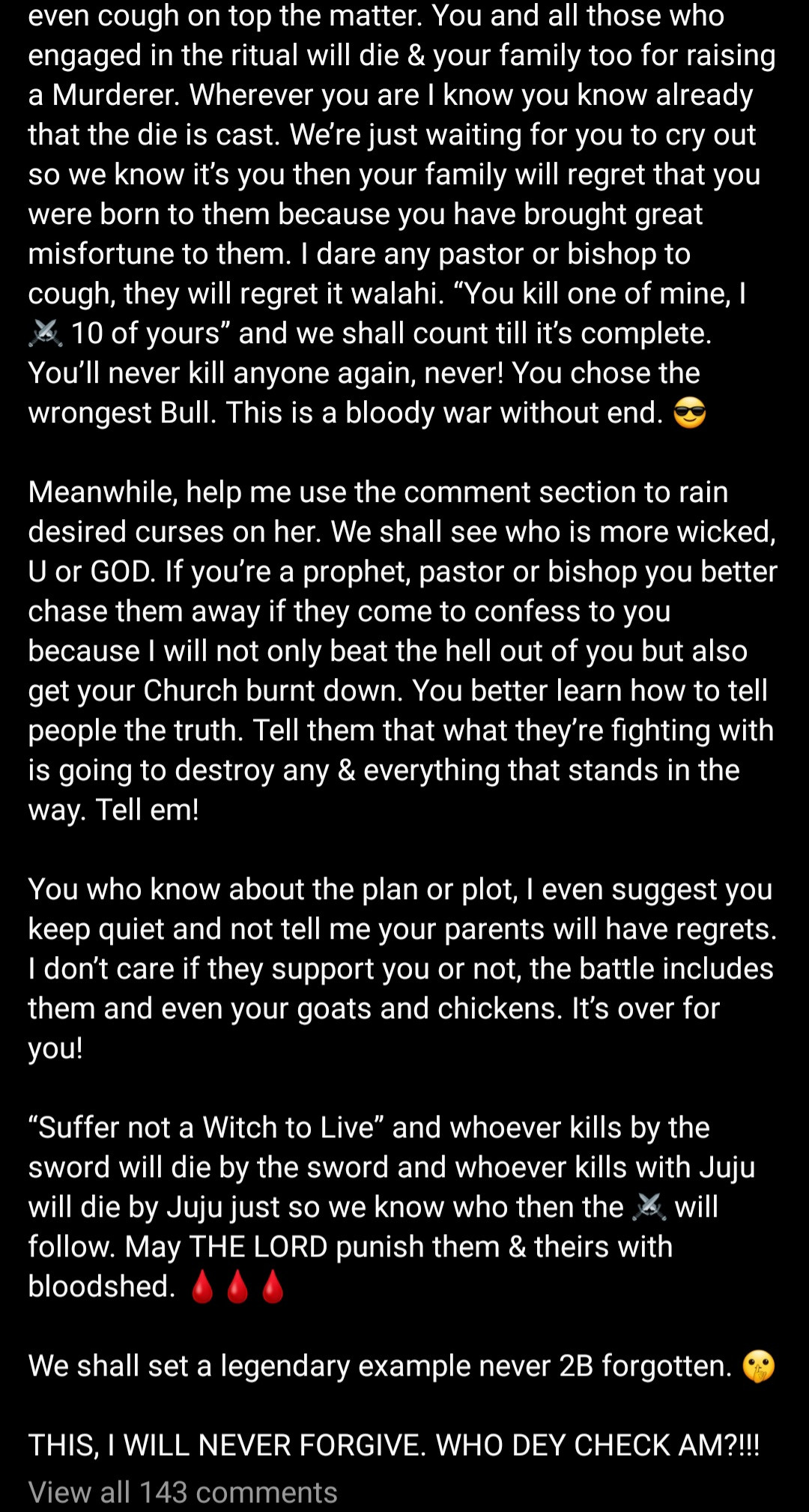 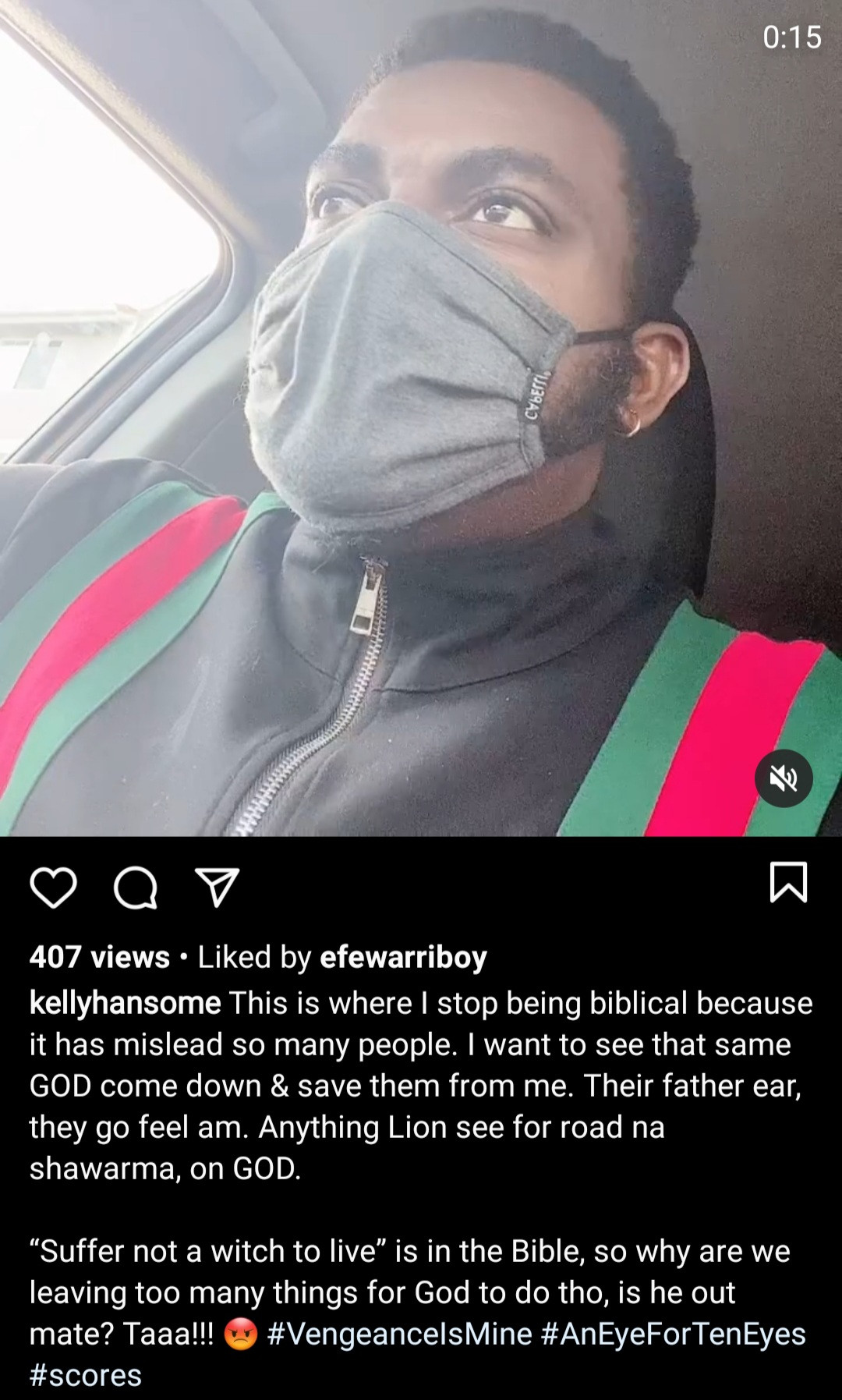 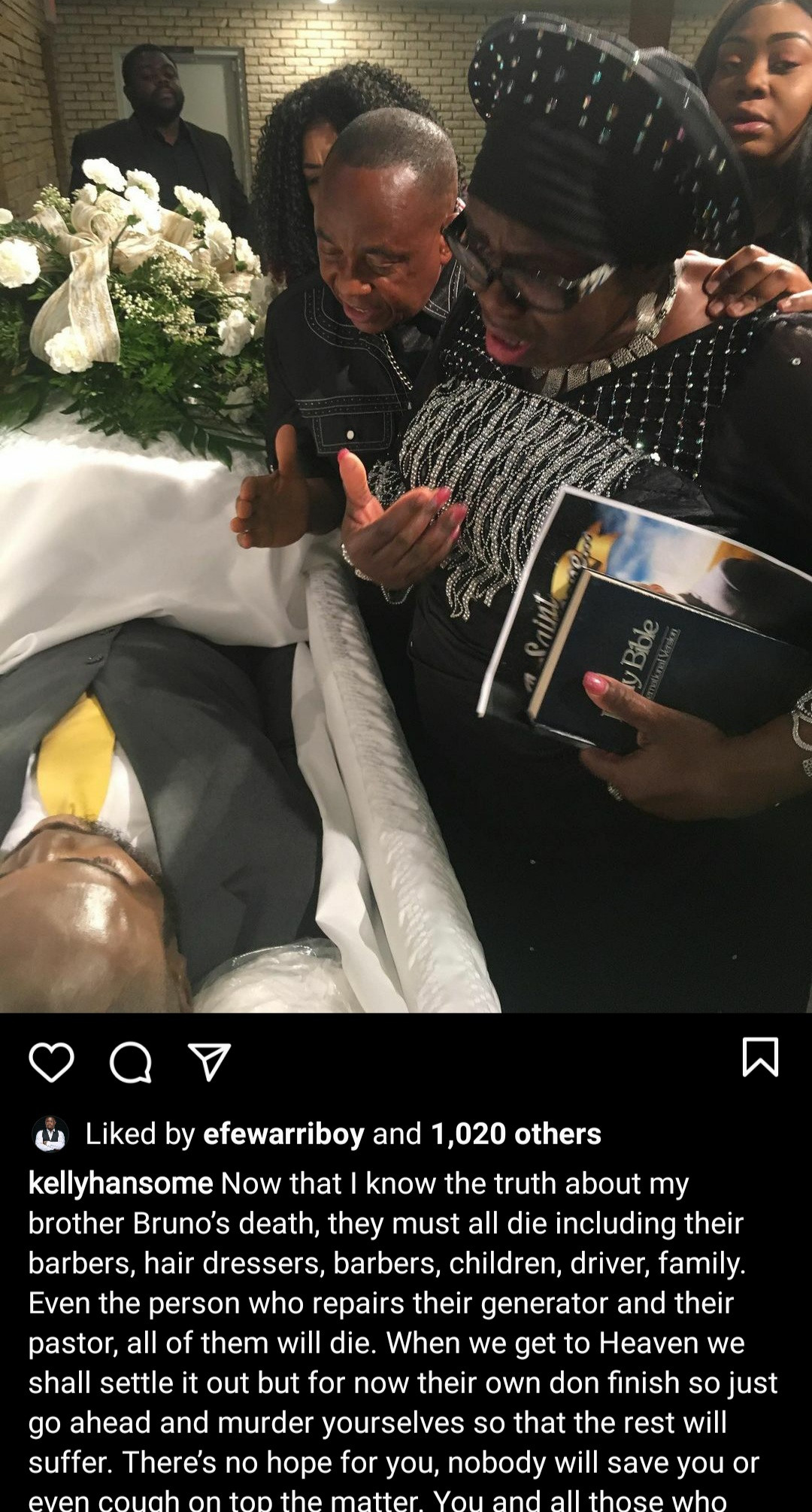