Olunloyo in a post shared on her Twitter page noted that the Nigerian singer is not the original author of the quote. 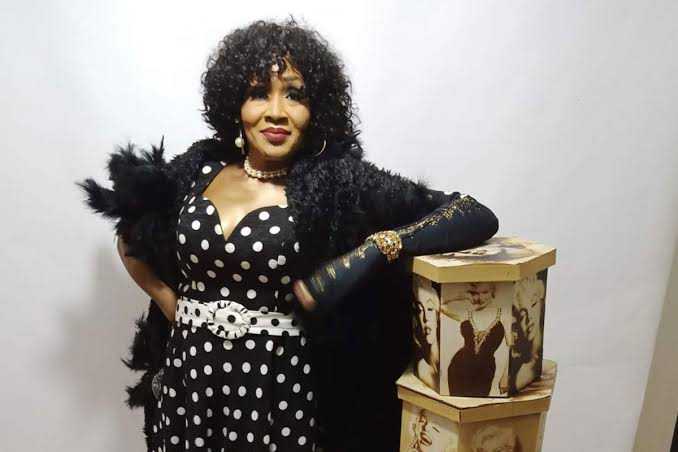 The quote, “we rise by lifting others”, gained popularity on social media after singer Davido made it a part of his acceptance speech at the 2018 edition of the Headies Award.

Davido while addressing the audience in which a lot of his colleagues were part of, stressed the importance of giving back to society and making sure that everyone has a shot at becoming successful.

After the award show, a portion of the recording became viral on social media with many paying attention to the part where the singer talked about helping others to the top. 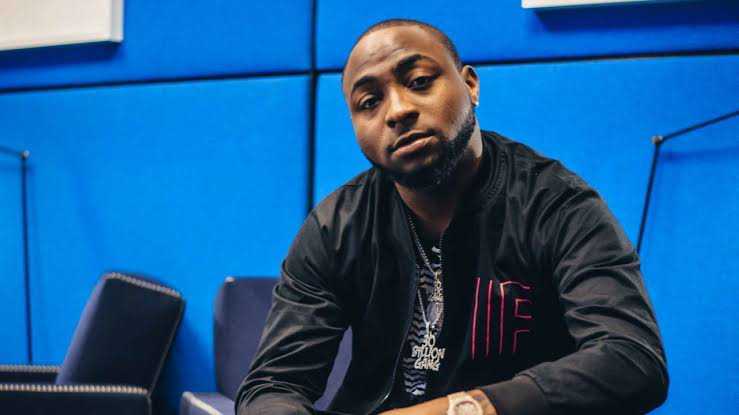 Well, Olunloyo in her recent Twitter post stated that American journalist, Germany Kent, is the original author of the quote. She also noted that people should learn to give credit to whom it is due.

In her words: “NOT DAVIDO. Always credit the true owners of a phrase.” 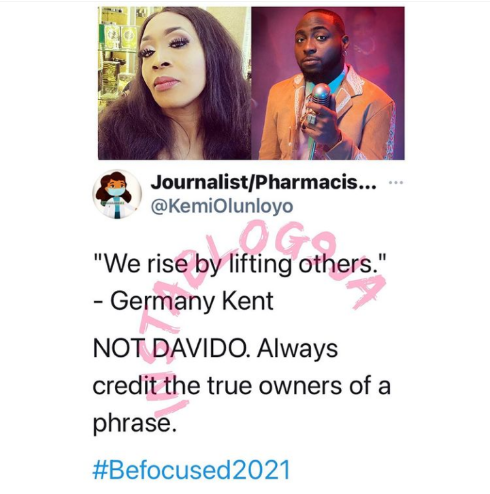