This comes after Ka3na condemned celebrities who reward fans for tattooing their photos on their bodies.

The reality star kicked against the act as she berated a staunch female fan, who inked her name on her thigh.

Taking to Instagram, Bobrisky called out the reality TV star and he told her to admit that she is penniless.

“Hey! To those saying i am encouraging those who tattoo my name by giving them money is wrong.

Madam just come out and say you are broke, we will understand you. We all known all is not all that glitters on IG that are real gold,” he wrote.

“Firstly is my money, I can give it to anyone I like. What about those ones I have helped without my picture tatoo on their body ? You were blind to talk then. If you are broke to support your own fans,well I’m not broke to support mine so get that straight in your empty skull girl”

One fan pointed out that she was sure that the crossdresser was referring to Ka3na.

In response to this, the crossdresser did not deny the claim and he quickly pinned the comment. 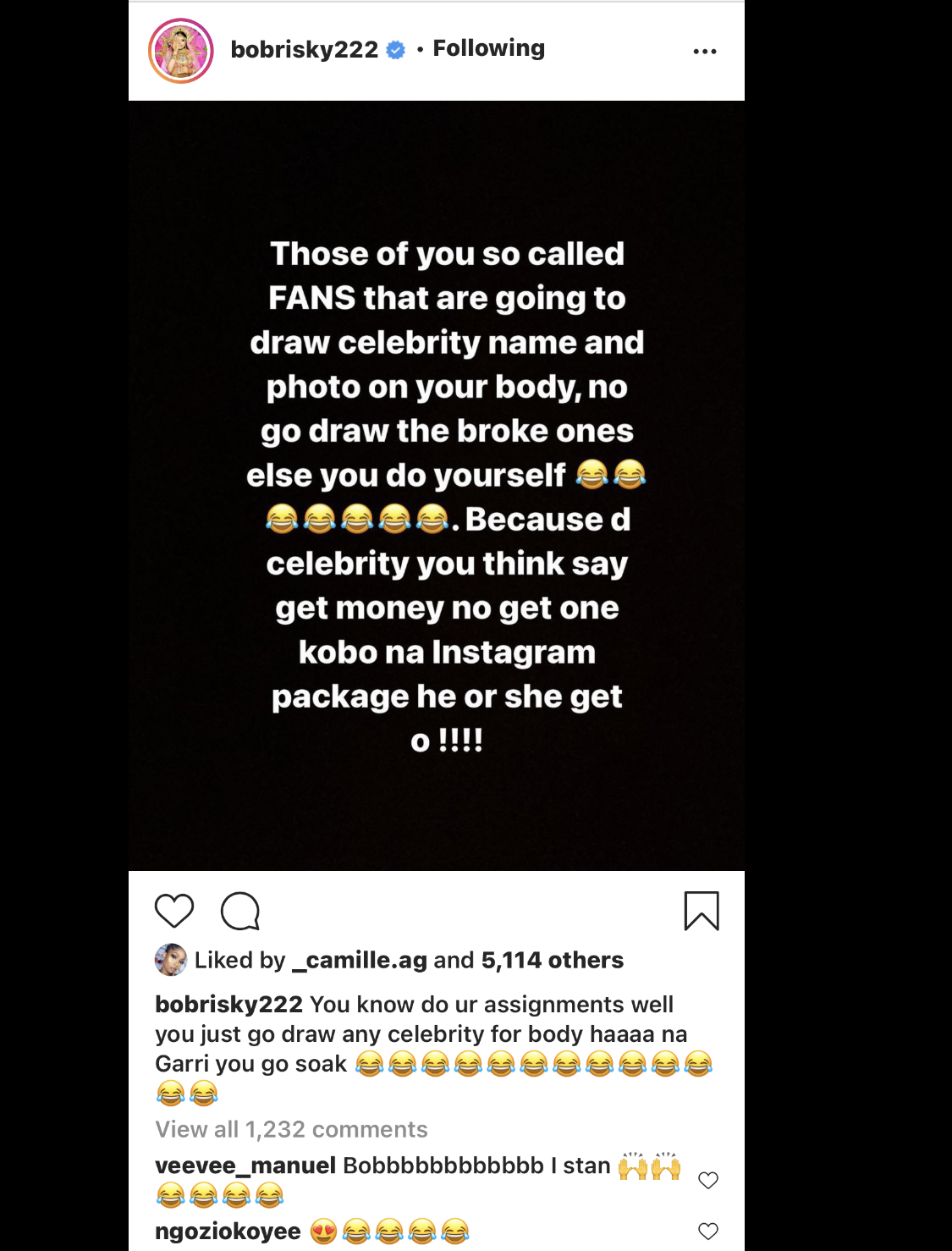