Following the decision of a man to bring his church to court, a land dispute case in a remote area has acted as a source of humour for social media users. 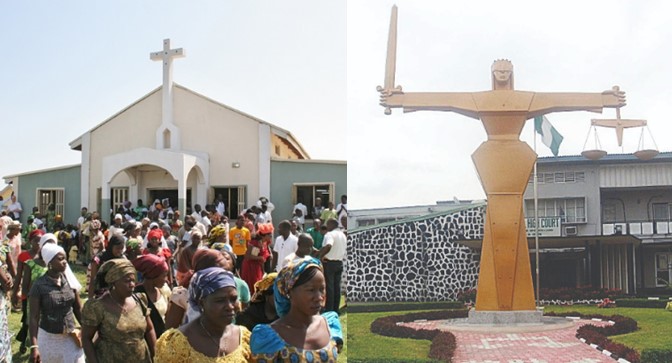 According to Twitter user, @Timi_CR7, who shared the story, the man sued his church over a piece of land.

He said the incident happened in his community and luckily for the man in question, the court ruled the case in his favour and he won the land dispute case against the church.

In an interesting twist of events, the man then went to the same church on Sunday to do a Thanksgiving service to thank God for winning the case.

So this man in my community took his church to court over a piece of land.

He won the case, came back to the church on Sunday to do thanksgiving for winning his court case.