Home News Feed APC members throw chairs at each other as their stakeholders meeting in...
Facebook
Twitter
WhatsApp

The APC stakeholders meeting in Kwara state ended in violence today after the two factions of the party in the state fought for supremacy. 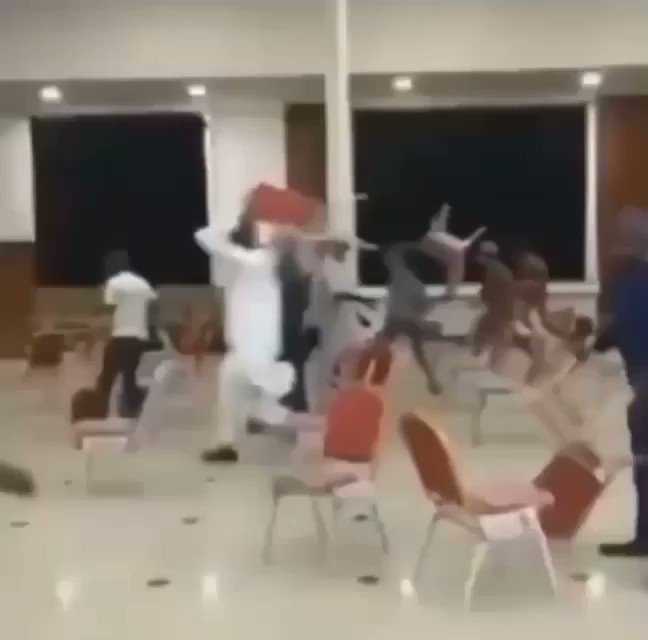 The meeting which held at the Banquet Hall, Government House in Ilorin, the state capital, started on a peaceful note until it was disrupted by some other party members who felt they were being cheated.

The crisis soon saw the members from the opposing factions throwing the iron chairs in the hall at each other.