More fans have gone ahead to permanently engrave either Bobrisky’s face or names on various parts of their bodies.

The new craze began after a female fan decided to prove her love for the cross-dresser by tattooing his picture on her back. The lady ended up receiving some mouth-watery goodies from her favorite celebrity thereby inspiring other fans to do the same.

It has now become a trend and more people have started puncturing their skin with needles just to show where their loyalty lies.

See the photos of people with tattoos of Bobrisky’s name on their bodies below: 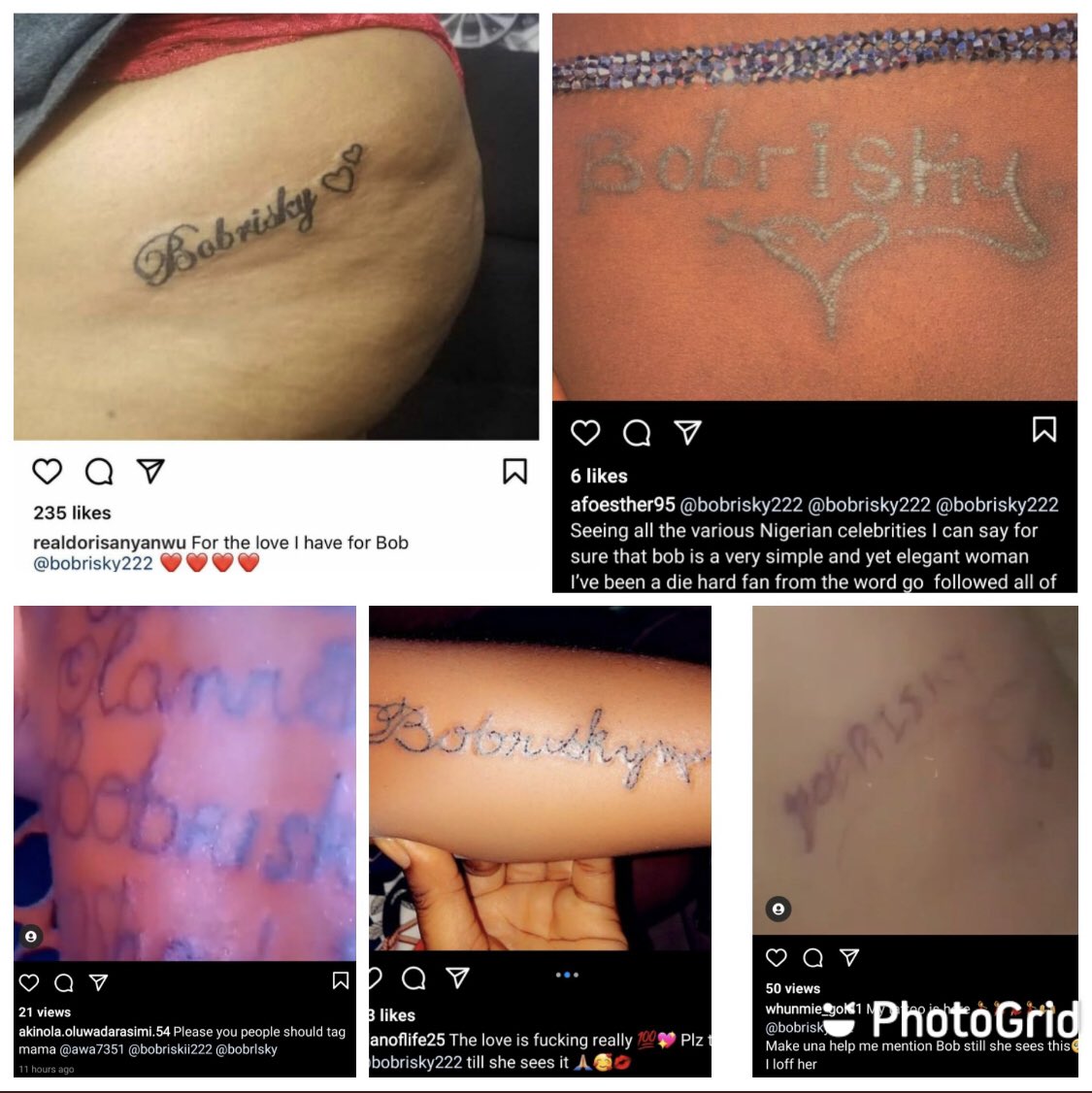