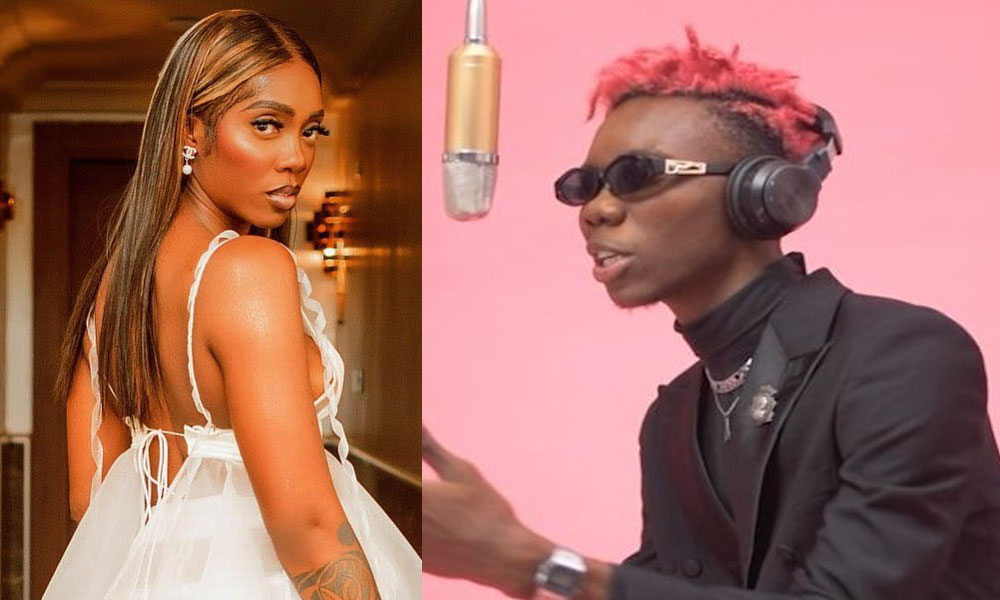 Fast-rising rapper, Blaqbonez took to his Twitter page on Saturday afternoon to share a short video clip of his visit to Tiwa Savage’s residence.

In the video, the ‘BBC’ crooner narrates how he went to buy the popular Afro-R&B singer a birthday cake so that he could present it to her on her special day.

He also shared how happy he was to finally meet the 41-year-old superstar.

However, the video could not help but spark reactions from Twitter users who could spot the curvier appearance of the former Mavin Records first lady.

Savage wore a simple top and joggers while looking bigger around the hips and waist.

But Tiwa savage don big generally, it's not just the yansh, mama add weight ni na, what's the fuss about her pumping her bum??