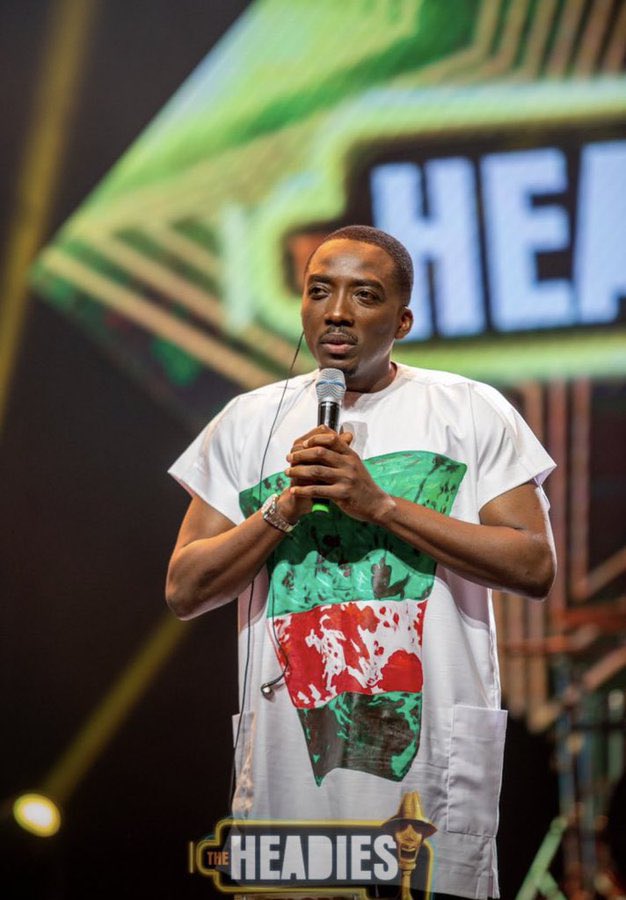 The outfit of popular comedian, Bovi at the just-concluded 14th Headies Awards show has caused reactions from Nigerians.

The co-host of the 14th Headies wore the outfit to honour the victims of the Lekki Tollgate massacre on October 20, 2020.

Many Nigerians have taken to Twitter to commend the actor and filmmaker for his consciousness and solidarity with the peaceful protesters who lost their lives to trigger-happy uniformed military officers at the Lekki Tollgate on that fateful day.

Bovi’s shirt was the only relevant speech at the Headies for me. #14thHeadies #bovi pic.twitter.com/s9hi3eCBZJ

Bovi is the best dress for the headies award.. congrats to all the winners.. belike say someone put weed for the food I chop Na for dream I been dey watch am. pic.twitter.com/fC0ZAT4Udk