Fast-rising Nigerian singer, Joseph Akinwale Akinfenwa, alias Joeboy, has revealed a secret about himself that people did not know.

In a Twitter question-and-answer session with Bellanaija, the ‘Don’t Call Me Back’ crooner revealed that his fans have a common perception of him.

The singer and songwriter noted that his fans mostly think of him as a ”good boy”. He then corrected the wrong impression by saying that he is not.

”There is this perception they mostly have of me, that I am a ‘good’ boy, I am not lmao” 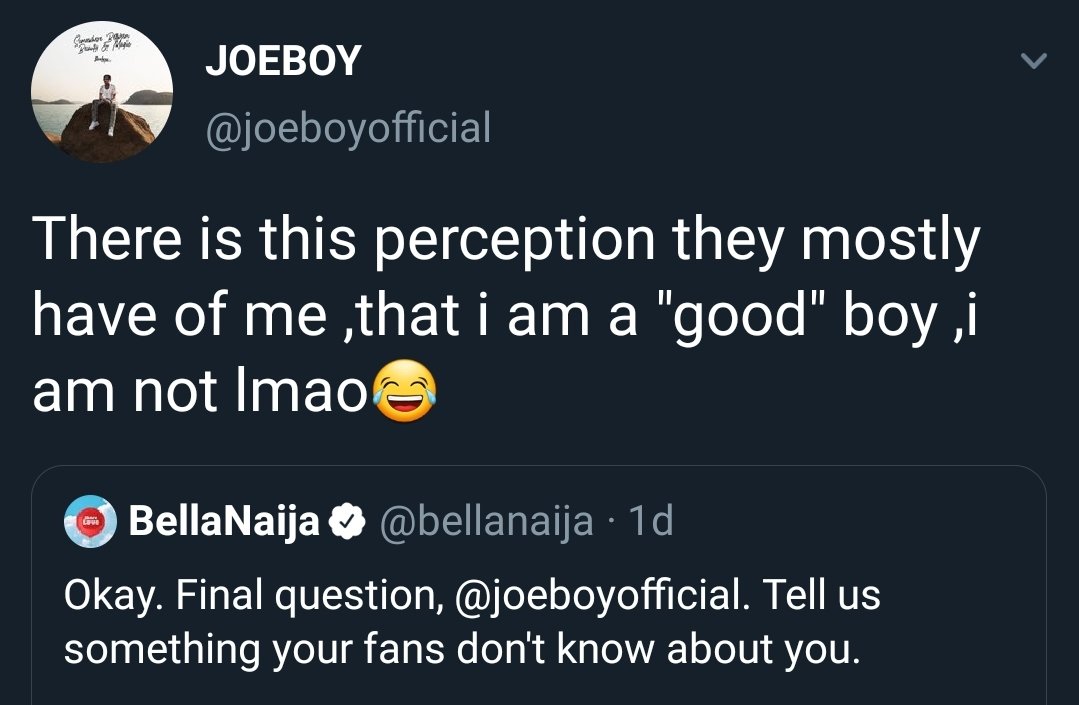