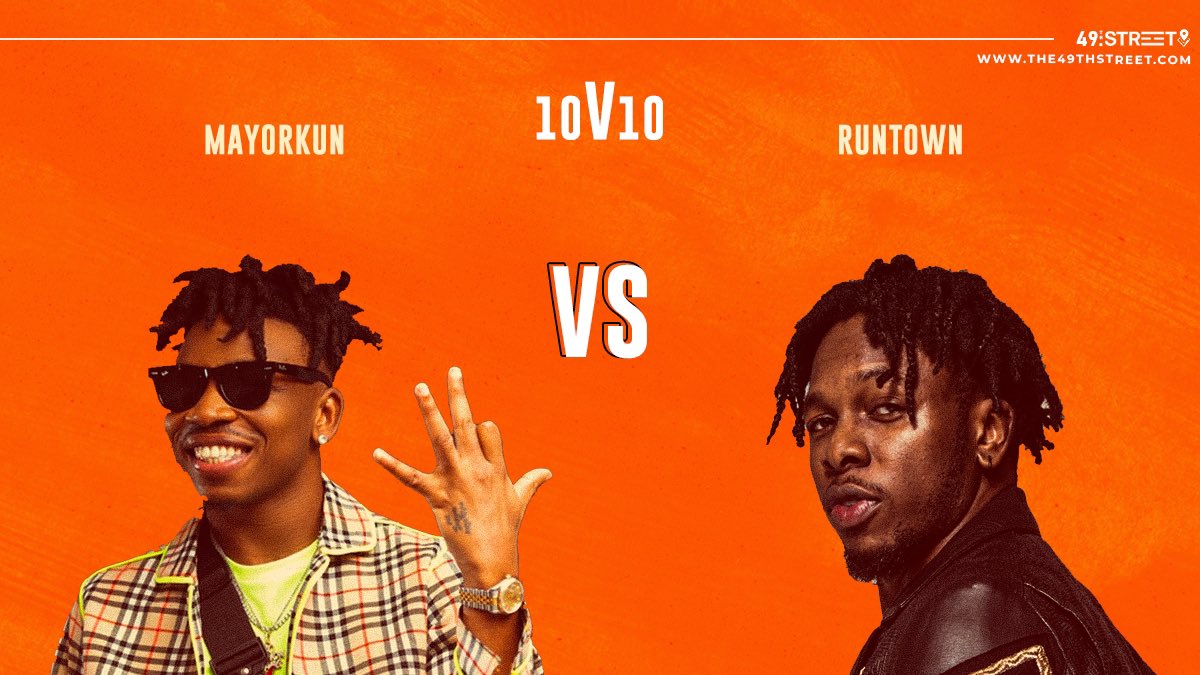 Nigerian singers, Runtown and Mayorkun, are up against each other in a 10V10 battle of hits courtesy The 49th Street and to be held on Friday, February 5, 2021.

The scheduled music battle has caused controversy on Twitter. Many music lovers are of the opinion that Mayorkun is no match for Runtown owing to the latter’s ranking in the industry.

However, a few believe that the DMW signee is also deserving of the status as he has been churning out hit after hit since 2019.

This battle of hits will determine which of the duo has the highest number of hit songs by selecting ten songs each from their respective catalogs.