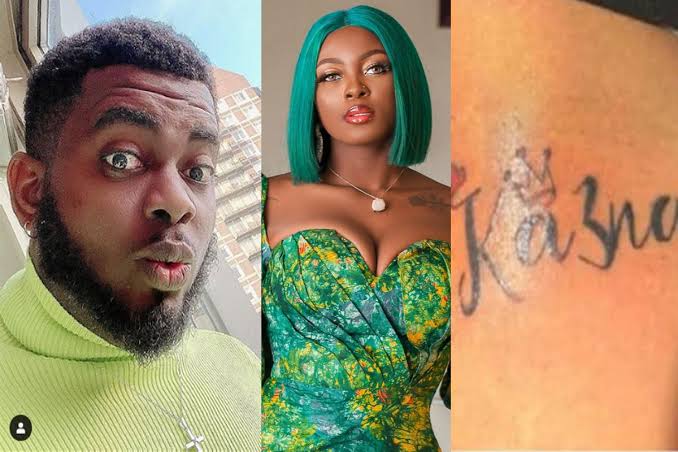 Nigerian singer, Kelly Hansome, has descended heavily on BBNaija star, Ka3na for embarrassing a die-hard fan who tattooed her name on her thigh.

Hansome has thus joined the list of celebrities who have weighed in on the matter.

The ‘Maga Don Pay’ crooner took to his official Instagram page to state his opinion on the matter which has now become a trending topic of discussion.

According to the singer, Ka3na went too far by embarrassing the young lady.

He also pointed out that just because she is an alumni of the highly-coveted Big Brother Naija show should not give her the audacity to hurt the feelings of the young lady.