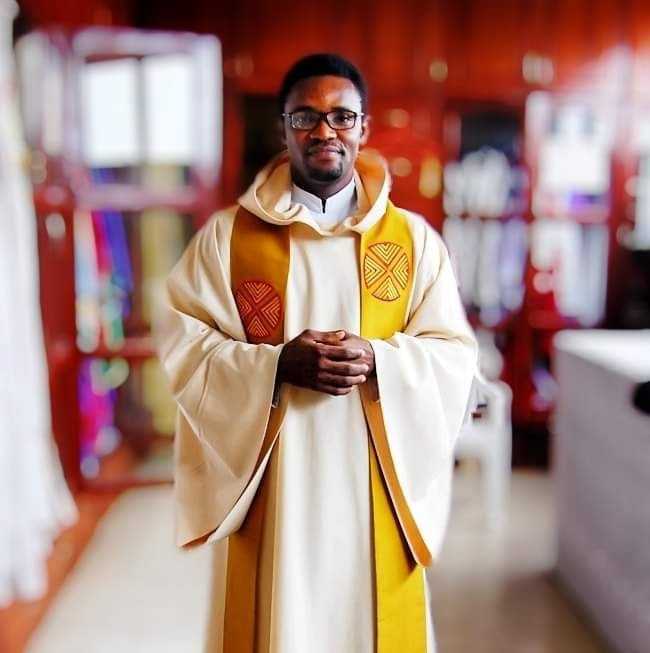 Fr. Ugwu, who is currently on a missionary journey in Malawi, took to his Facebook page on Thursday, January 29, to write about how the world is obsessed with sex and women’s nakedness.

According to the priest, everything from products to music, movies won’t sell unless pictures and videos of naked women are attached to them.

He further said that women are equally to be blamed for the obsession as they care about their physical appearance…hips or breasts size more than the size of their investment.

“It is like a competition. Who is having more curves? Whose back is bigger? Whose waist is tinier? Is her stomach flat? Who twerks better? Can you show us what your mama gave you” he wrote.

Over and over, women’s bodies have been objectified. Women themselves helped to make this possible.

To sell roofing sheets, you need a naked woman in the advert. Don’t ask what is the connection. . . The roofing sheet itself is naked.

When it comes to music, our generation seemed to have taken the objectification of women’s bodies to another level.

We sing and dance to songs whose lyrics are all about certain parts of the woman’s body and how she can be used only as an object of bedroom satisfaction.

It doesn’t matter if the artist is male or female. In fact, check out the lyrics of most female artists, it is usually about how men should spend money on them if they want to have their “backs” on the ground. They call it “money for hand, back for ground.”

And so, while a man wearing three piece suit or agbada is defined as sexy, the women with him in the same musical video will have to put on what they call g-strings with bra displaying her cleavages to be sexy.

I find it rather amusing and also nauseating how one man will be usually crowded with dozens of half naked girls, each twerking while the man watches as though measuring which of the naked bodies before him is worth his money.

This is why on the average, a girl of this era will most likely think about her hips or breasts size more than her bank or investment size. And even if she thinks about her bank size, it is often on how it will be used to enhance her hips size through the use of silicone.

Every picture taken, every status update, there is a need to show off the body. And when ladies make videos of themselves, try and listen to their fellow ladies behind the camera asking them to “turn around and show what you have got” or “kill them with hotness.”

It is like a competition. Who is having more curves? Whose back is bigger? Whose waist is tinier? Is her stomach flat? Who twerks better? Can you show us what your mama gave you?

Another name for it is marketing. That is where the phrase “show your selling point” emerged from.

This is why I am not surprised at the silhouette challenge going viral. Most will tell you it is for fun or a way of feeling good in one’s body. . .bla bla bla. . . Well, mark this, time is coming when the red lights will be removed, and it will be justified as well. Don’t worry, just be patient. After all, Adam and Eve were created without clothes.

Well, I am here to remind you that as far as Christian morals are concerned, that challenge is immoral. I am saying this because the majority of those carrying this on their heads are Christians who will be at the front seats on Sunday for praise and worship. 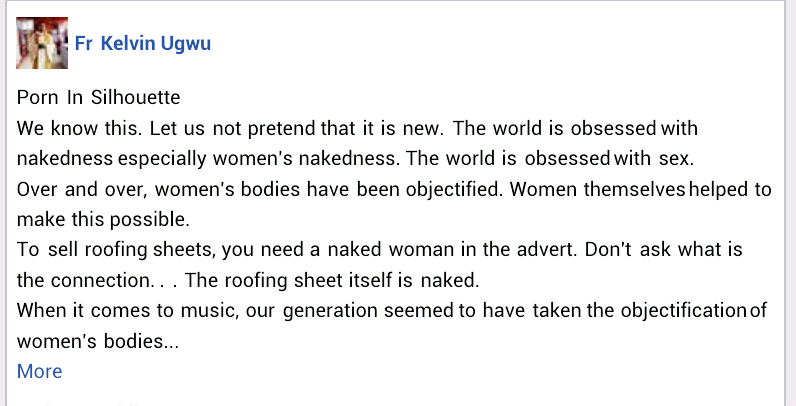 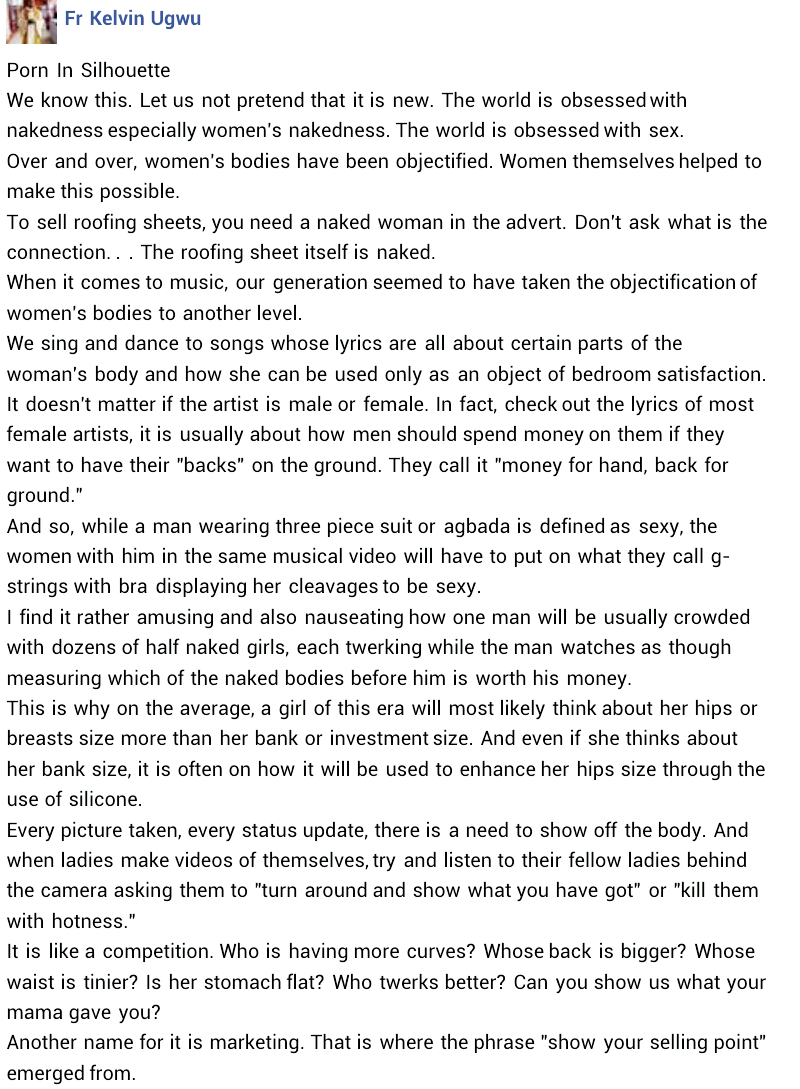 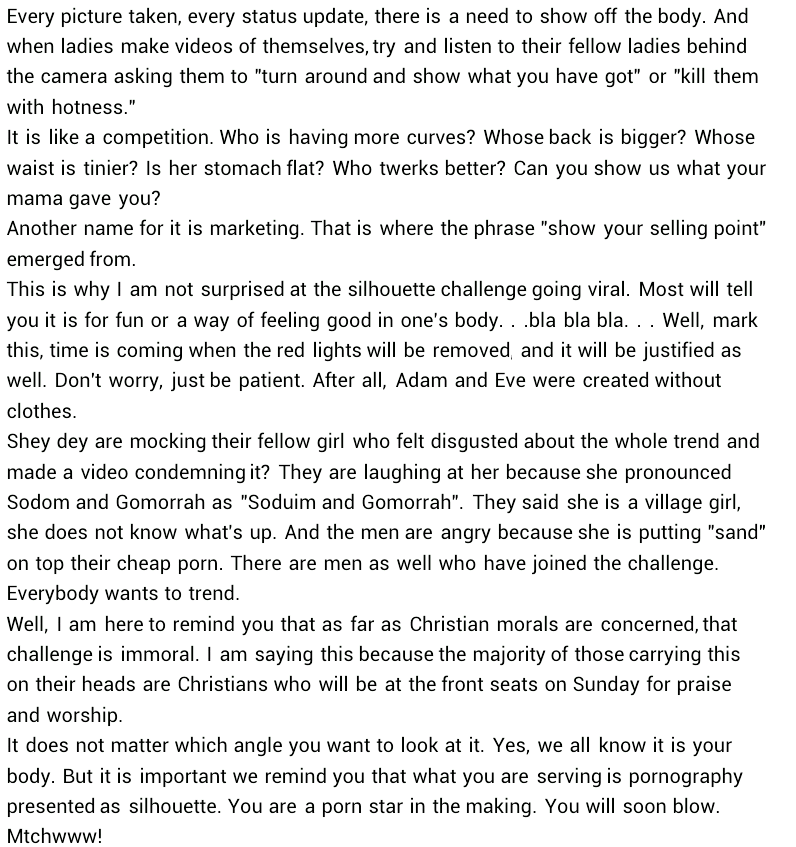