UFC welterweight champion, Kamaru Usman, retained his title with a third round knockout win over challenger, Gilbert Burns, in UFC 258 in Las Vegas on Sunday. 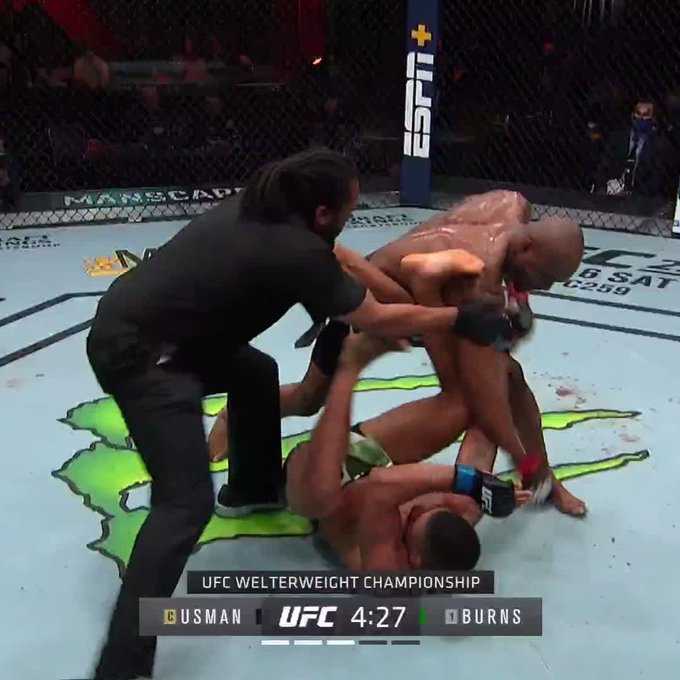 The Brazilian charged across, took the center immediately and he got Usman backed up to the fence very early.

The Nigerian worked a jab to clear space and recover, and then another right hand from Burns, but Usman managed to sustain the early pressure. In Round 2, Usman’s corner called for more jabs and it appeared they were expecting a quick start from the challenger.

Burns was still throwing heavy power shots and he had the speed edge but Usman appeared to be seeing things better. A power jab from Usman backed Burns up and a huge right hand from the champion dropped the challenger. 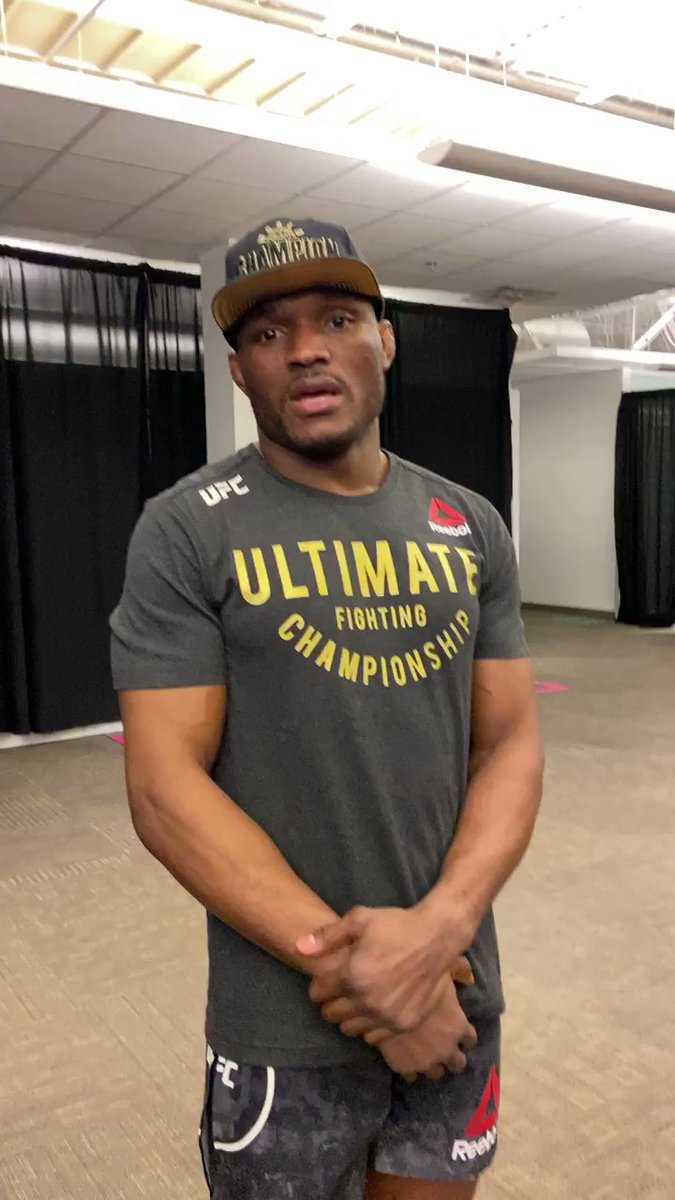 The third started with Burns once again advancing but Usman dropped him with a power jab again!

The Nigerian nightmare then followed him down and he rained big shots! Burns was moving on the floor but was compromised. More shots from Usman and Burns is in a world of trouble before referee Herb Dean jumped in to save Burns. Usman retains his world title.

“I am the best on the planet for a reason. Now everybody out else, y’all need to put some respect on my name. “I am the welterweight champ for a reason, and I’m here to stay.” 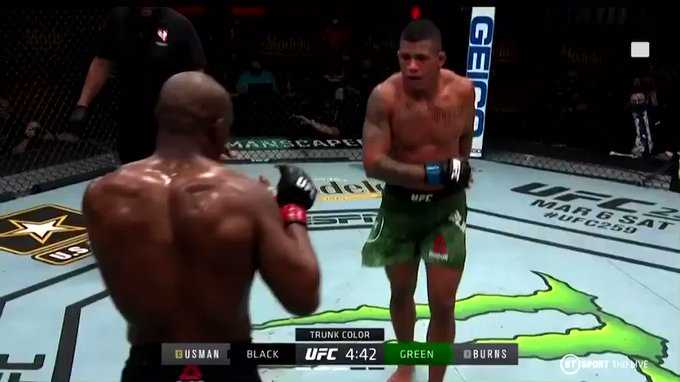 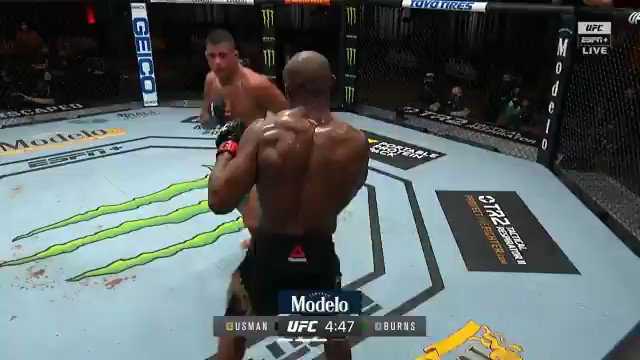 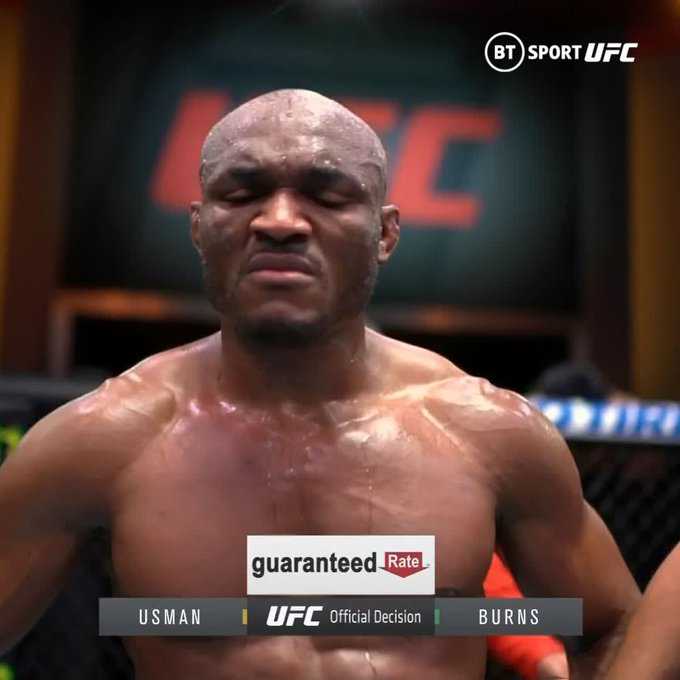 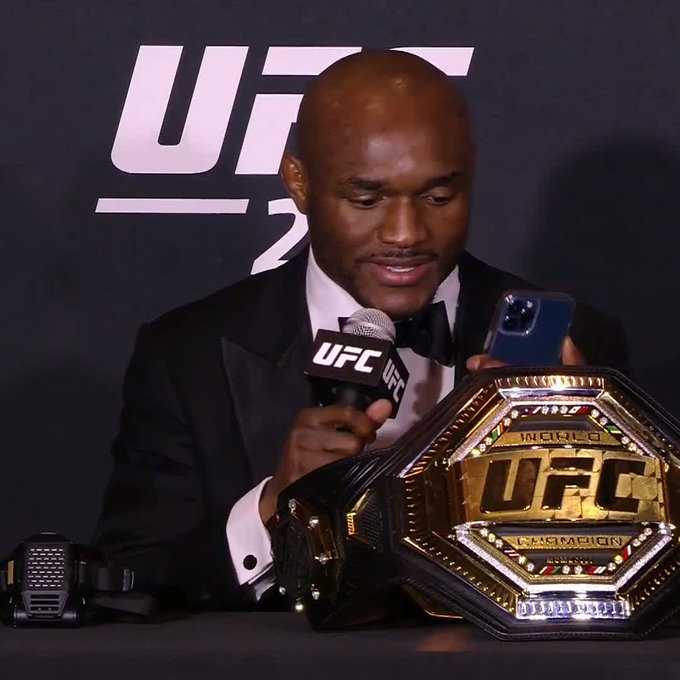 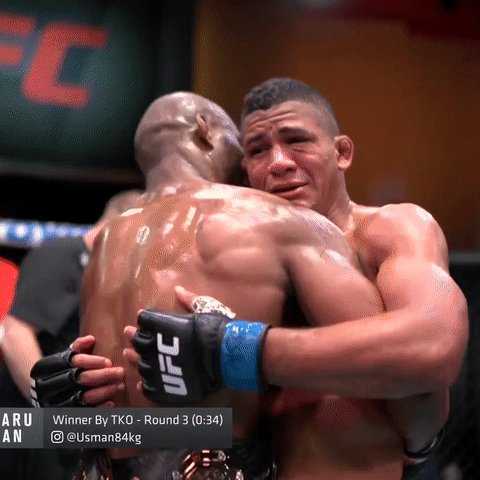 KAMARU USMAN GETS THE FINISH IN THE EARLY THIRD ROUND. THE NIGERIAN NIGHTMARE CONTINUES TO PROVE HIMSELF #Ufc258 pic.twitter.com/32VOGbbUpy