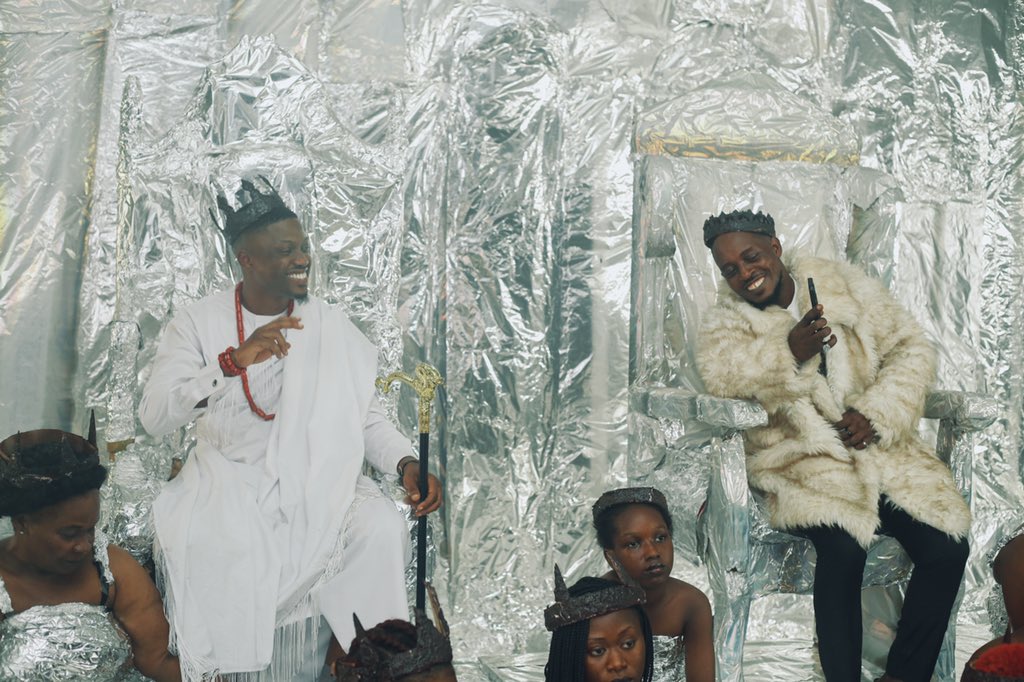 MI Abaga took to his Twitter page on Thursday to share a photo from the video shoot of the song slated to be released on February 26, 2021.

According to reports, the song is a track on Vector’s forthcoming album titled T.E.S.L.I.M.

Both rappers surprised their respective fanbase with the photo they posted on their individual Twitter accounts. This is because of their history of beef which they squashed at the Hennesy Artistry 2020.

MI Abaga was the first to post his. He captioned it:

”You know what to do to your post notification. #CrownOfClay”