Nollywood actress, Uche Elendu, has lashed at trolls dropping unsolicited comments on her Instagram page regarding her daughter’s age.

A follower then corrected the actress that her daughter’s real age ought to be six and not four because she was born in 2015.

The comment angered the film star and she responded that she can no longer ignore the trolls who cannot stay out of her affairs.

Another follower who did not read the room before commenting also got lashed at. The follower said her daughter looked older than a four-year-old. Elendu replied that the follower should feed her next child with proper nutrition. 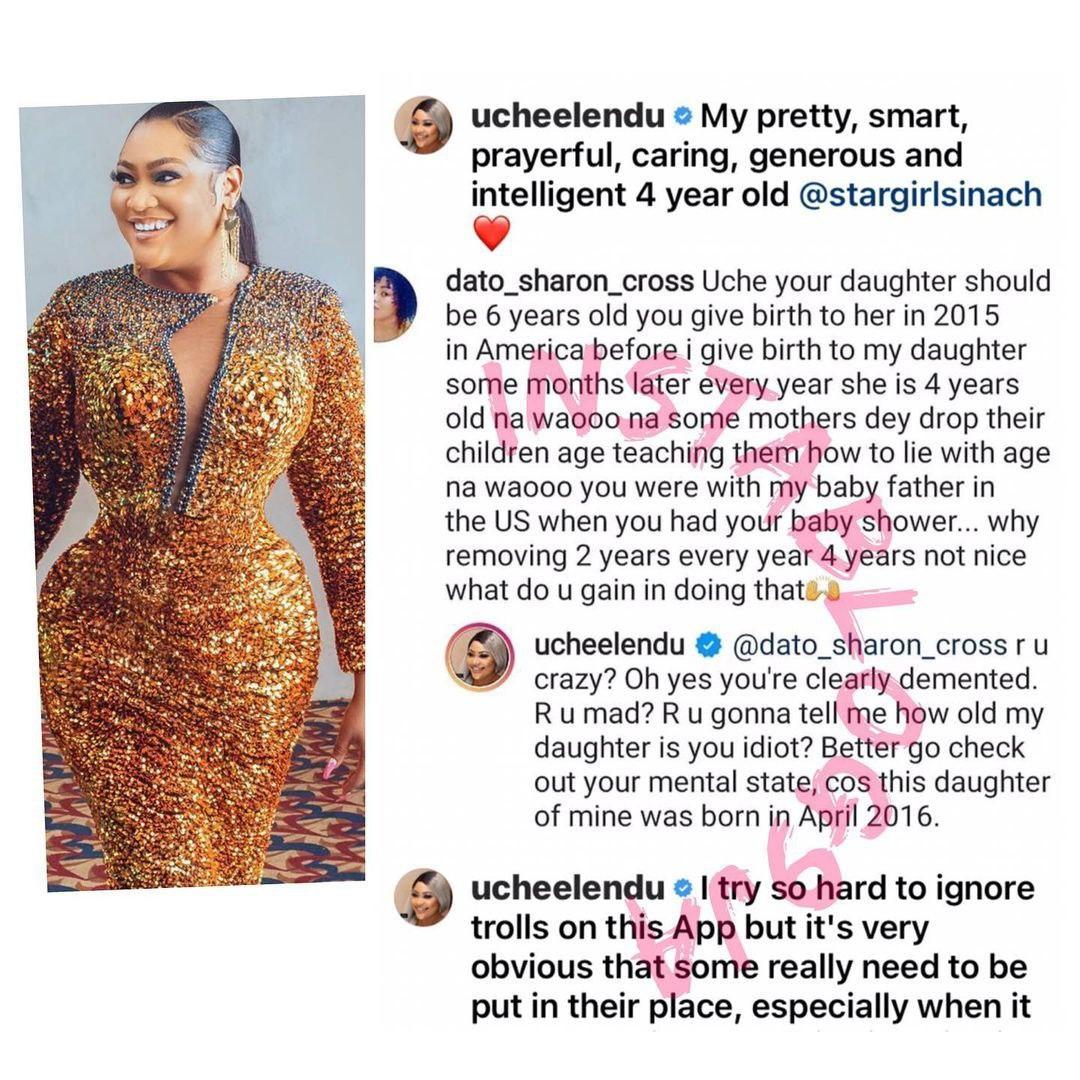 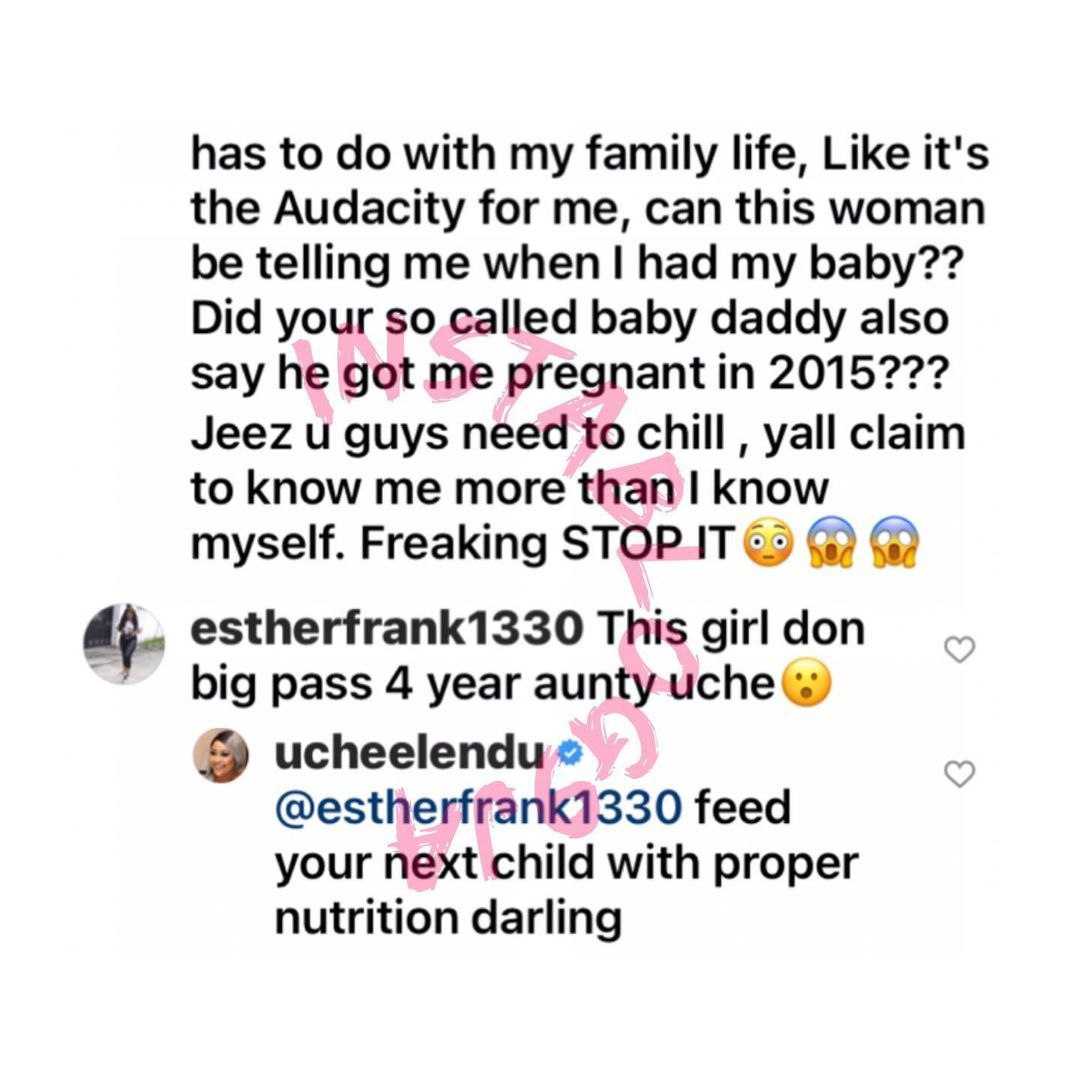