The Pareto’s law as it is fondly called has come to be generally known to be 80/20 rule based around rough observation that 20 percent of a contribution usually account for about 80 percent result or impact.

I want us to understand that ’80/20′ is not a magic formula. The actual pattern is very unlikely to be precisely 80/20.

Sometimes, the relationship between results and causes closer to or more than 80/20; that is, 70/30 or 75/5 relationship.

What should be at the back of our mind is that the relationship between causes and effects is very rarely 50/50 or anywhere near it. In this sense, the universe is predictably unbalanced.

Although, we do expect some things to be more important or less important than others but, we do not expect the differences between them to be anywhere near as great as they usually are.

This brings us to the fact of the usefulness of doing less to achieve more. Many activities, customers, products, and suppliers subtract value because the best way to start making money is to stop losing money. This include majorly putting a stop to your negative activities.

It has been discovered that anything productive, people, goods, time, or skills, naturally tend to organise themselves to minimise work (20-30 percent resource account for 70-80 percent of productivity).

It indicates the essence of the vital few involve in achieving results.

The 80/20 Principle is applicable to almost anything.

Today, we take it for granted that we can compare two related sets of data – such as the distribution of incomes, and the people earning them -and observe the disparities.

So, if we find out that 80 percent of the total income goes to 20 percent of people, we may not be particularly impressed and readjust to correct the anomaly.

Nearly, all executives, slots players, managers in non- business organisation, civil servants, politicians, even all of us in our private live try to manage more than we should, do too many, and know too much about much, and too little about the few things that will determine our success or failure.

We spend time, energy and money on things that will marginally affect our happiness and value to others; we fail to give due weight to the few people, events and objectives that give our lives meaning.

Having realised the significance of this great principle, we must tactically apply it to help us in organisation, career, personal life, and business.

Following the rule, your firm(business) should do less, but more profitable by concentrating more on its most productive and profitable elements and activities.

Managers like to own things. This might go up in value, and it is generally believed that ownership enables us to control what is owned. However, very often, the reverse is the case, both in business and life: our possessions end up controlling us.

Half of the world’s total business assets destroy value. They fail to earn the average return on capital. Having them therefore destroys value.

Rather than owning everything, you can outsource and control your suppliers.

Nowadays, there virtual companies around. Branded ‘manufacturers’ of autos and PCs, for instance, contract out not just manufacture, but often large chunks of design and subassembly: they lease their planes, buy in their engineering, maintenance, catering, ground support services, tickets sales, and so on.

Whole industries are becoming increasingly virtual. Even the government is discovering that they can control the delivery of welfare services without having to own them.

By so doing, it takes less cash with increasing the return on capital, you can focus effort on less activity and become more focused on other things, you are likely to get instant access to the best people at each activity, and ultimately, it leads to flexibility, speed, and avoidance of unnecessary surpluses paid to internal staff.

Participate in fewer stages of the value chain.

The value chain is all the activities that lie between the conception of a product or service and its arrival in the hands of the customer.

So, it involves research and development, product design, component manufacture, assembly, and processing, branding, and marketing, selling, distribution and delivery.

Many very successful businesses focus all or nearly all their energies on one (or two) stages of the value chain.

The profits of the Coca-Cola Company leapt after it divested it is bottling and physical distribution operations.

In short, concentrate on the 20 percent of activities where you add 80 percent of the value.

A 20 percent increase in sales, of the most profitable products, would lead to an 80 percent in profits.

The same logic applies to customers.

Sometimes, customers are more (or less) profitable because of the mix of products that they take and the cost to serve them.

The best customers are generally your existing ones, and the efforts to retain and increase their business with you will have a great impact on the current and future profits. Retaining and selling more to the most profitable existing customers has an enormous value.

In summary, to create wealth, let us learn how to do more with less. The secret is to identify what can help us, maximise, and ride them.

Hence, stop all the activities that subtract more value than they add. 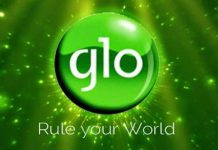 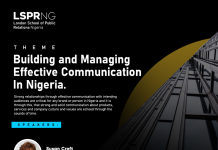 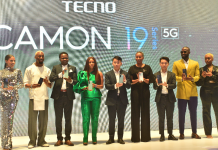