He announced himself as the leader of the new group, citing “injustice and marginalisation” on the Igbo people found in various zones of the country as the reason for his aspiring for a “better life for his people.”

He also announced that George Onyibe would be the Secretary while Emeka Esiri would be in charge of the Legal Matters.

This was contained in a statement issued by the Head of Information and Communication of the customary government, Uche Mefor, on Sunday.

He added that they would proceed to set up provincial structures for the new government.

Dokubo also noted that although the new Biafran government would not go to war, however, it would not be stopped.

Nobody can stop us. Nobody can blockade us as they did in the first war. We’re not going to fight any war with anybody, we’re walking to freedom. We will not shoot any gun with them, they will prepare their weapon but they will have nobody to kill with their weapon,” he added. 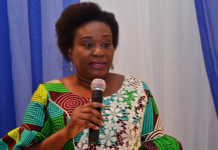 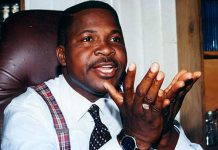