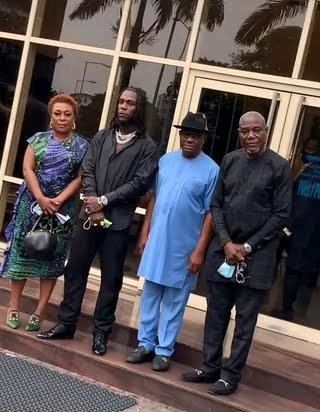 The governor also honored the singer with money to erect a building on the land. In addition, the singer is a recipient of the N10 million promised to all artists who performed at the Homecoming ceremony held on Saturday, March 27th to celebrate the music icon for his success at the recently-concluded 63rd Grammy Awards Ceremony.

The Homecoming ceremony had his mother and manager, Bose Ogulu in attendance alongside political dignitaries from Rivers State.

Wike also praised Burna Boy for being an excellent model and representative of the state.