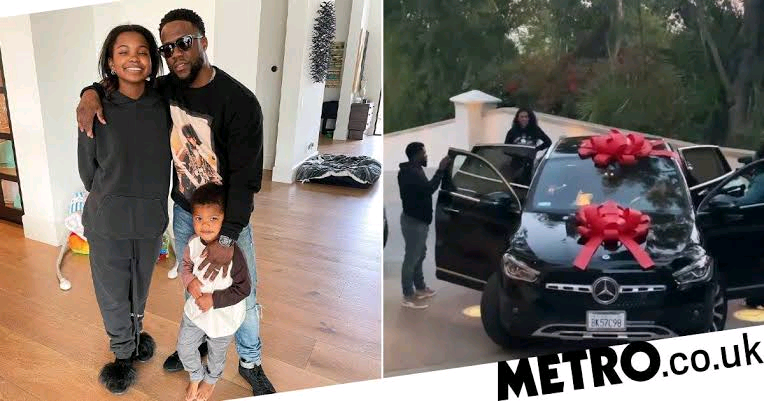 American actor, Kevin Hart has surprised his daughter, Heaven with a Mercedes SUV reportedly worth $85,000 for her 16th birthday.

The popular movie star and his ex-wife, Torrei threw a sweet sixteen birthday party for his first daughter over the weekend and presented her with the gift.

The moment during which the car is unveiled before Heaven has been captured on video and shared on social media.

In the video, the 16-year-old can be seen being escorted by her mother, Torrei to the driveway where the car was parked.

The present pleases her a lot as she moves closer to her new car to open the doors and get in the driver’s seat before returning to the party.