Governors from the North-North-Eastern region of Nigeria have shown concern over the state of the Mambilla Hydroelectric Power Project, saying the project only exists on paper.

The Power Project is a 3.05GW hydroelectric facility to be developed on the Dongo River near Baruf, in Kakara Village of Taraba State.

In a statement released by the governors at a meeting in Bauchi State on Thursday, they asked the Federal Government to give the hydroelectric project the seriousness it deserves because of the benefit it will serve the region and the country at large.

The North-East Governors raised concern that the zone was shortchanged in Capital Appropriation in the 2021 budget.

The Governors agreed to aggressively reposition Education in the Zone and concluded that they will constitute the North East Council on Education with the mandate to improve the quality and performance of students and education within the zone.

The Forum under the chairmanship of Professor Babagana Umara Zulum, Borno State Governor applauded the Federal Government for selecting some roads in the zone to benefit from the Presidential Executive Order 07. 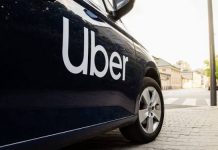